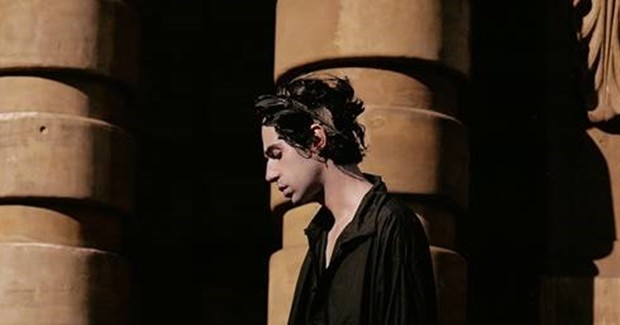 In his latest work, "Tropical Malady (Fall and Rise of Orpheus of Consolation)”, singer-songwriter Thiago Pethit São Paulo turns on stage for a modern tragedy in which the inner struggles of his hero, reincarnated by the artist, blend and become an extension of the city. This modern epic is presented in the coming days 8 and 9 February, no Cacilda Becker Theater. The presentation account, yet, with the participation of members of Samba school Vai-Vai and the cuiqueira Ariane Molina, creative design Women's Mbeji drums.

The album reinvents the Greek myth of Orpheus, carrying its history and giving new meaning to the symbols for today. "It is a myth of love, is a myth about art, the artistic work ", says Pethit. In Greek mythology, Orpheus was the most talented musician and poet, entrancing all beings who heard his songs. Disturbed by the death of his wife, Eurydice, the poet takes his lyre to hell, which can move Hades with his sad corner and achieves the king's permission from the dead to bring his wife back to the surface. However, this journey into the world of the living, the poet violates an agreement and loses his beloved, returning to the underground.

Orpheus comes to the world of bitter alive, in complete contradiction with himself. It is this turn of hell "Tropical Malady" deals. "As the name suggests, It is a malaise disc, tropical diseases, pests, catharsis and healing. It's a passion disc. To live or losing a great love ", Thiago account. "It is the poet who need to 'choose' between reality and poetry, among the purest and live art or consumable and dead art. "

The singer also says that, to rebuild this character, had reference "Orfeu da Conceição", Part Vinicius de Moraes. "It was inevitable to revisit these works and, at the same time, want to talk to the urbanity, with São Paulo and Brazil I'm living now. "

The capital was instrumental in Pethit conversion in Orpheus. "It's my city, where I was born and raised, I músico tournaments. It's where I live my passions, my histories", account the artist. "As the disc, the kiss in Copan actually occurred. The party tent in L'Amour is where I go when I want to go out in São night. All events and quotes are part of what is or was in fact my daily life ". In the work, São Paulo becomes the perfect setting for this modern Orpheus saga, home to Bacchae, priestesses of Dionysus who killed Orpheus to have them dismissed and, no disco, They devour the hero in bars of Consolation.

"Tropical Malady" is, as the name suggests, a malaise disc. "It's an album of tropical diseases, pests, catharsis and healing, but also a passion disc and a political drive ", the firm. "It's a job that looks inside, Me and Brazil, It is over the years and this collective sense of loss and helplessness. "

The singer says, however, that it is not "a pessimist disk", on the contrary. "It's about looking, face the grief and loss, and, through them, new meaning, reborn and exorcise ", scores. Thiago wanted "this album was a hug in his listeners", but not a naive embrace: "An embrace that face the truths and, yet, a hug."

The arrangements and the disk musical production were due to Diogo Strausz, that mixed old references, as opera, with rhythms such as trip hop, electronic beats, and samba.