Directed by Duda Maia, the shows address themes present in the daily lives of children, of fathers and mothers.

In this situation of isolation, we are distancing ourselves from friends and relatives. The place where we live has become the workplace, school and leisure space.

During the month of March, adults and children may, from their homes, watch three award-winning musicals. These are spectacles that provoke thought, stimulate creativity and stimulate dialogue between people of all ages.

The season, made possible with resources from the Aldir Blanc Law, will be broadcast free through the channel youtube.com/palavraz. All sessions start at 4pm. Get the family together to watch and revel in these three love stories.

"The cage" conta uma história de amor e de separação entre uma menina e um passarinho. On stage, the characters start a story of love and friendship when the bird falls, injured, on the porch of the girl's house.

In the plot, a menina se dedica a cuidar do pequeno bicho e, as they live together, cling to each other until they fall in love. He is cured and at the time of the farewell they are faced with the desire to be together. One day, a menina flagra o passarinho na gaiola encantado com a beleza do dia lá fora e uma crise se instala entre os dois. Come and see how the story ends. A story of Love and Freedom.

To Adriana Falcão, author of the book of the same name and who inspired the play, earned a nomination for the Jabuti Award. 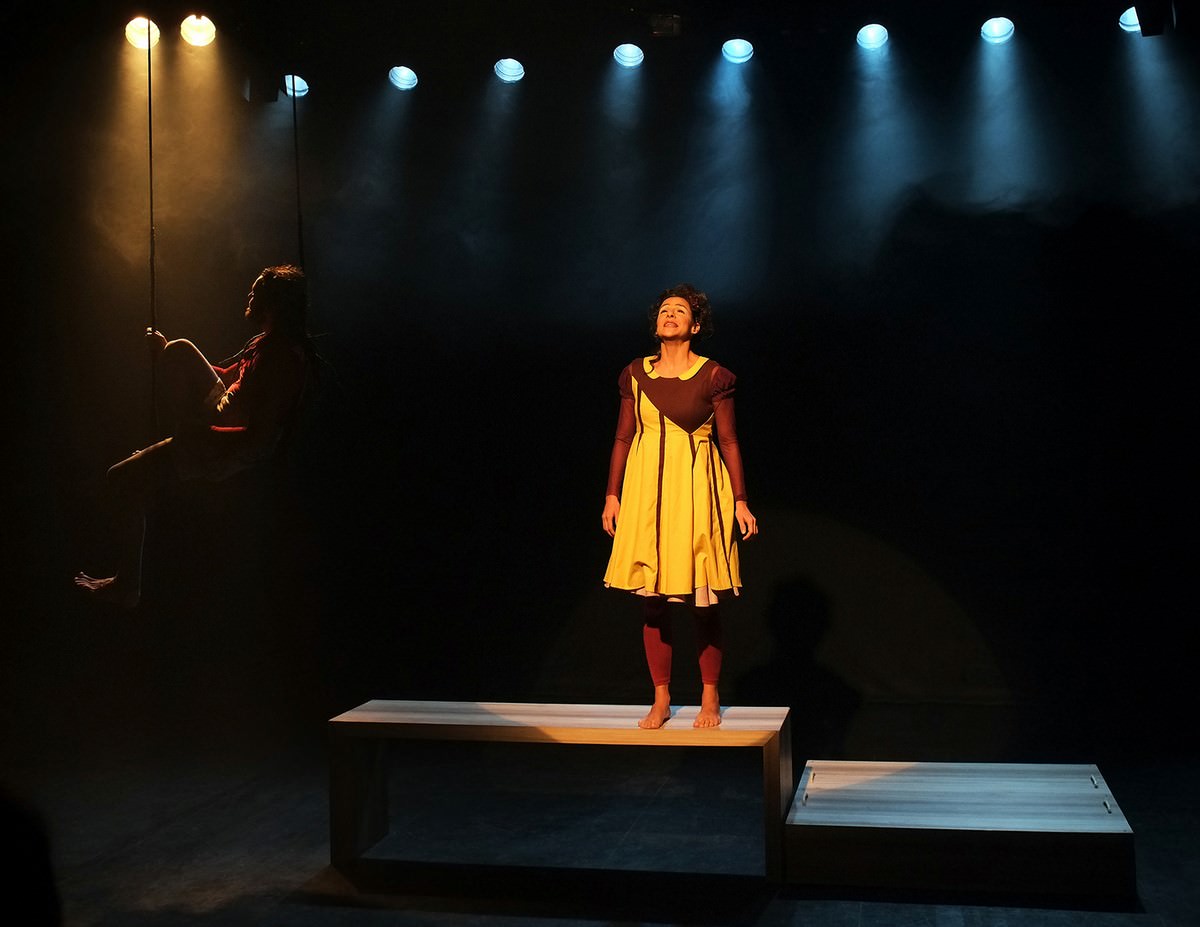 “Broken Tales of Love” presents the story of four passionate and jealous little people, who argue about possessive and loving relationships. The staging takes place through humorous dialogues, a sophisticated language of movement and a musical direction that aligned the entire staging, the songs in some numbers are played by the group of performers themselves - Diego de Abreu, Isadora Medella, Juliana Linhares and Tiago Herz. The work features original songs and tales by Eduardo Rios, inspired by the work of Machado de Assis.

“I came up against‘ Tales of Love and Jealousy ’, I liked the title and only afterwards I saw that it was Machado de Assis. I was excited to create a children's play about jealousy, from the writer's universe ”, remember Duda Maia. “We are all jealous and the child is also very jealous.

To ela, believe: “Theater for children doesn’t have to be just a cool story, need to be necessary, bring reflections to those who watch. It is necessary not to underestimate neither the intelligence of the children nor the ability of them to engage in important dialogues with adults ”. 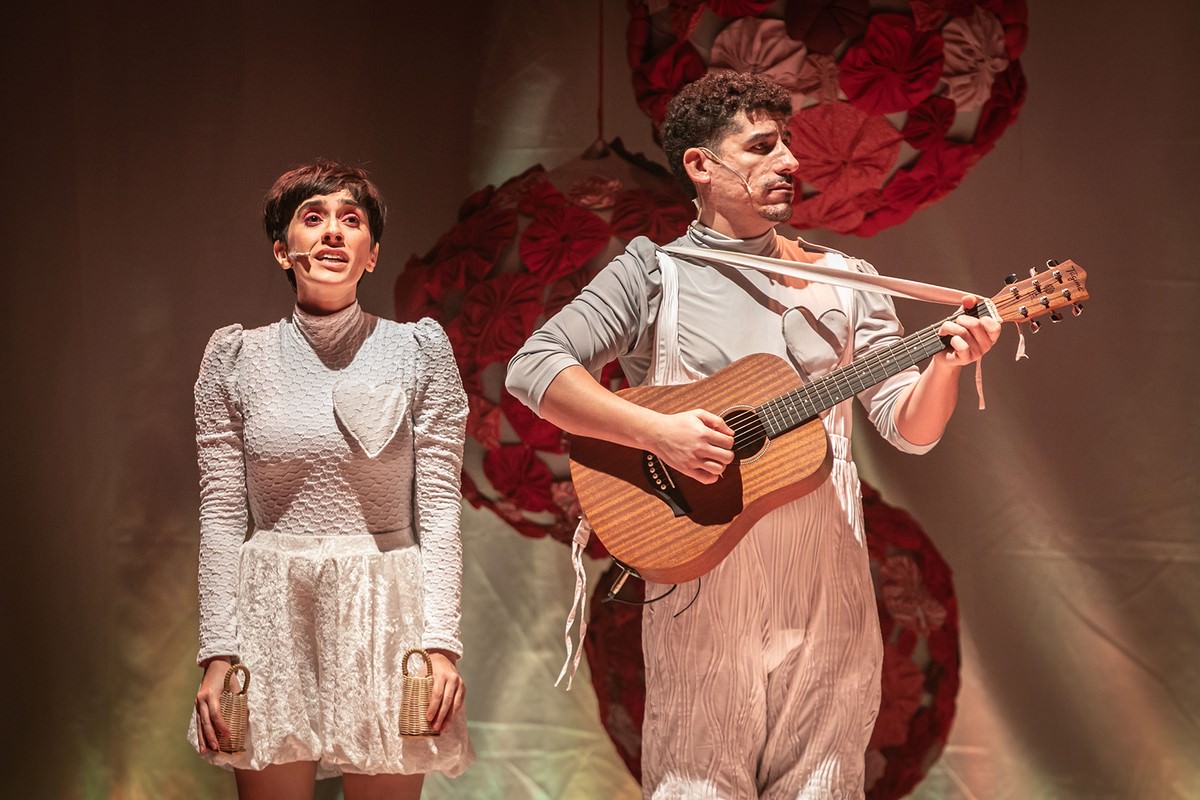 "Let's Buy a Poet", inspired by the book of the same name by Afonso Cruz, narrates the arrival of a poet at the home of an ordinary family. In this home, live a father, who only thinks about making money; a mother, that organizes housework every day; a smart and curious girl who likes to understand the meaning of things; and a boy in love, who loves to do math.

The Poet teaches the little ones to observe butterflies, write their own poems and give hugs. The montage creates a fun reflection on our capacity for invention, the meaning of productivity and the importance of friendship. The show mixes music, poetry and dance in a setting that brings elements of a park, making the playful and dynamic staging. 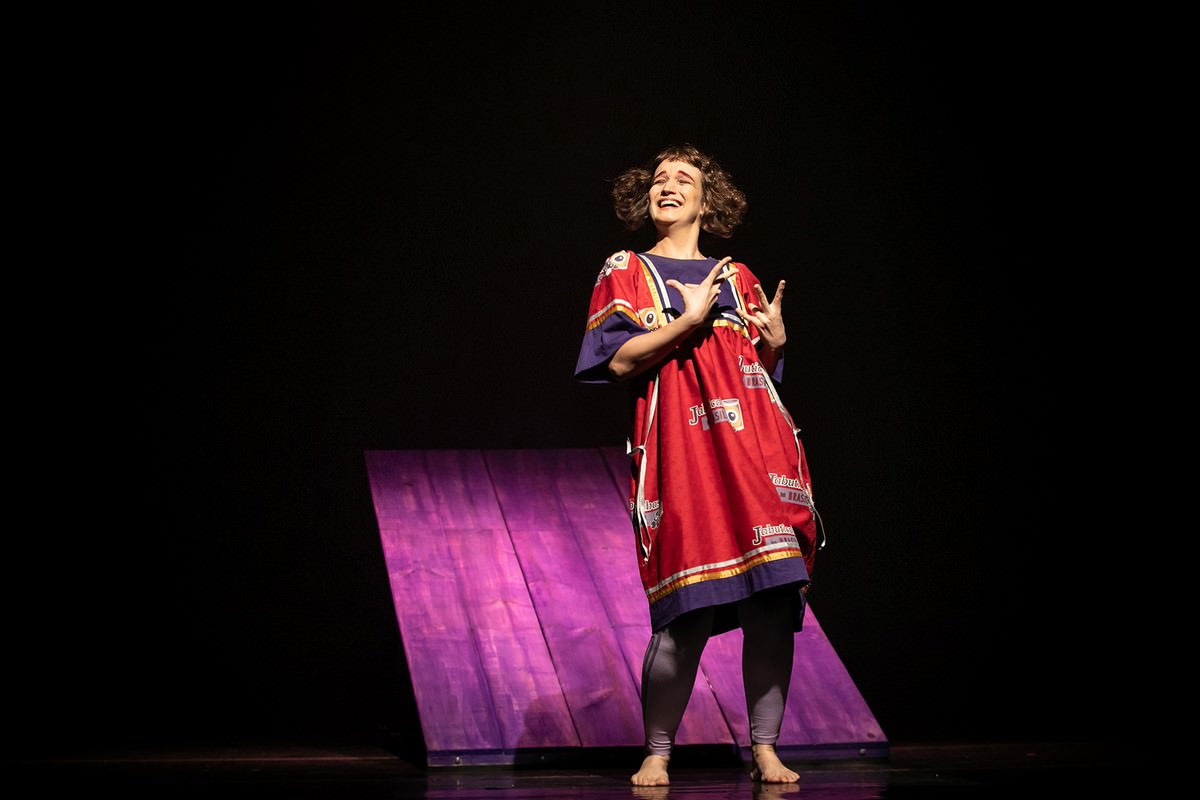 "Let's Buy a Poet" won the prize for Best Children and Youth Show of 2019, by APCA (Paulista Association of Art Critics), and CBTIJ Award won in the Adapted Text categories, for Clarice Lissovsky; Direction, for Duda Maia; Actors and Actresses Collective, for Letícia Medella, Luan Vieira and Sergio Kauffmann; Scenario, for André Cortez; Lighting, for Renato Machado; in addition to nominations for Best Original Music, for Ricco Viana, Clarice Lissovsky and Juliana Linhares; and Production Direction, for Bruno Mariozz.

Previous: Francophone Week 2021 celebrates the french language
Next: Chris Sevla raises reflections on hope, faith and love in your books