The first place went to the singer Clari, who performed the song “Voyage Voyage”, recorded by the French Desireless. She participates in the final with the winners of the regional stage, on 26 November, in a virtual way and competes the trip to Paris with Air France tickets and a weekend in a ClubMed unit in Brazil.

Second place went to Laura Lagub with the presentation of the song “Youkali”, by Kurt Weill and third place was Amália with the interpretation of the French version of “Adieu Tristesse”, by Tom Jobim and Vinicius de Moraes

Of the eleven candidates who came forward last Thursday night, 12 November, the big winner of the semifinal stage Rio de Janeiro of the 13th edition of the Aliança Francesa Song Festival, national music contest sponsored by Aliança Francesa, was the carioca Clari, with canção “Travel Travel, recorded by French singer Desireless. Second place went to the singer and songwriter Laura Lagub, with the song ”Youkali”, Kurt Weill and 3rd place went to Amalia, interpreting the French version of ”Goodbye Sadness” , by Tom Jobim and Vinicius de Moraes. A Song Festival Alliance Française has a partnership with Air France e do Club Med.

The panel of judges was formed by Agathe Tavrytzky, cultural manager and advisor to the French Embassy in Brazil, French teacher and musician, Arthur Lobo and the lyrical singer, Carolina Faria. The following criteria were evaluated: tuning, interpretation, pace, scenic posture, French language originality and pronunciation.

The three winners are from Rio de Janeiro. Clari, who took first place has 23 years, graduated in music from Unirio. Currently teaches music classes to children and studies lyrical singing. Her passion for music started from a young age and from 10 years old started taking music lessons, encouraged by your grandfather, singer and composer. Laura Lagub started singing in the college choir, when she studied Social Communication and now works as a singer and songwriter. Amalia is Carioca, astronomy student and passionate about music since the first of her 18 years old. He is currently a member of the Chamber Choir of the Villa-Lobos School of Music.

The top three finishers receive regional stage prizes in Rio de Janeiro: Clari (1th place) participates in the National Final and wins a lunch or dinner for two at a restaurant chosen by the Festival organization, no maximum value 500 (five hundred) reais. Laura Lagub (2th place) wins a dinner or lunch for two at a restaurant chosen by the organization of the Festival's regional stage, no maximum value 300 (three hundred) reais. Amalia (3th place) receives a gift certificate at a Festival partner bookstore worth 200 (two hundred) reais. 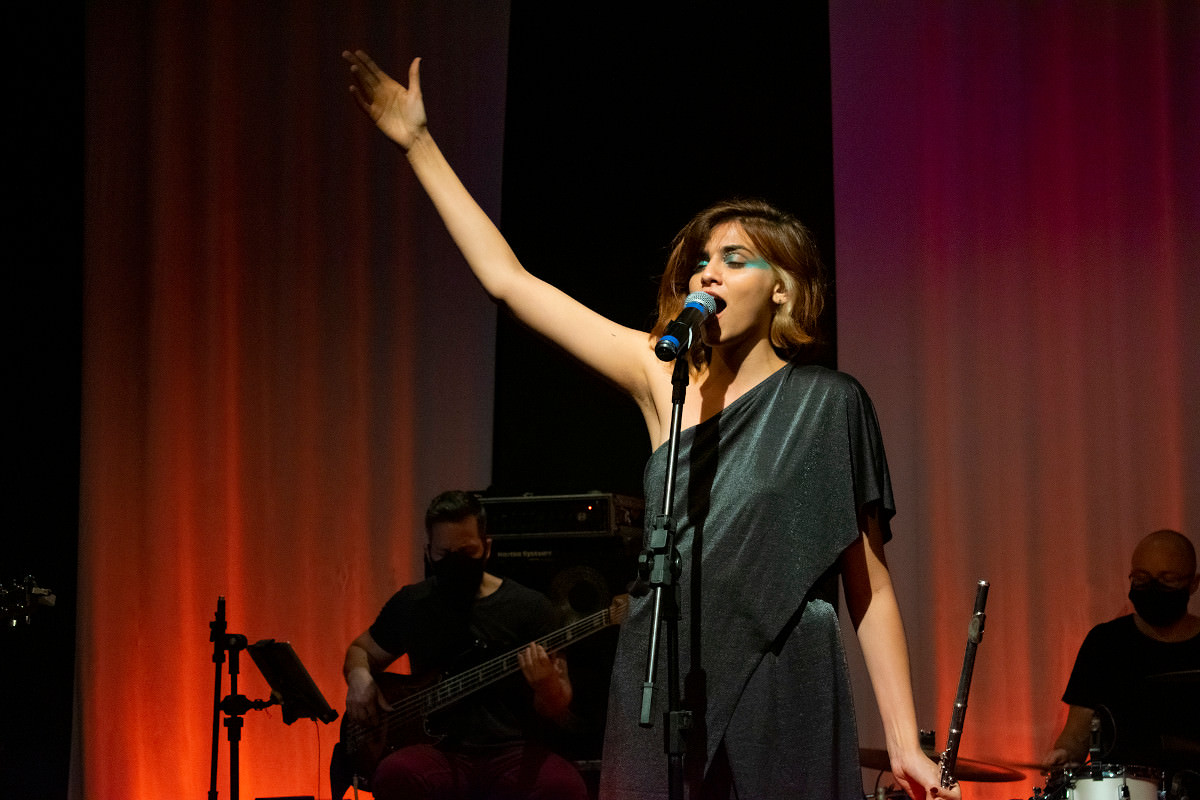 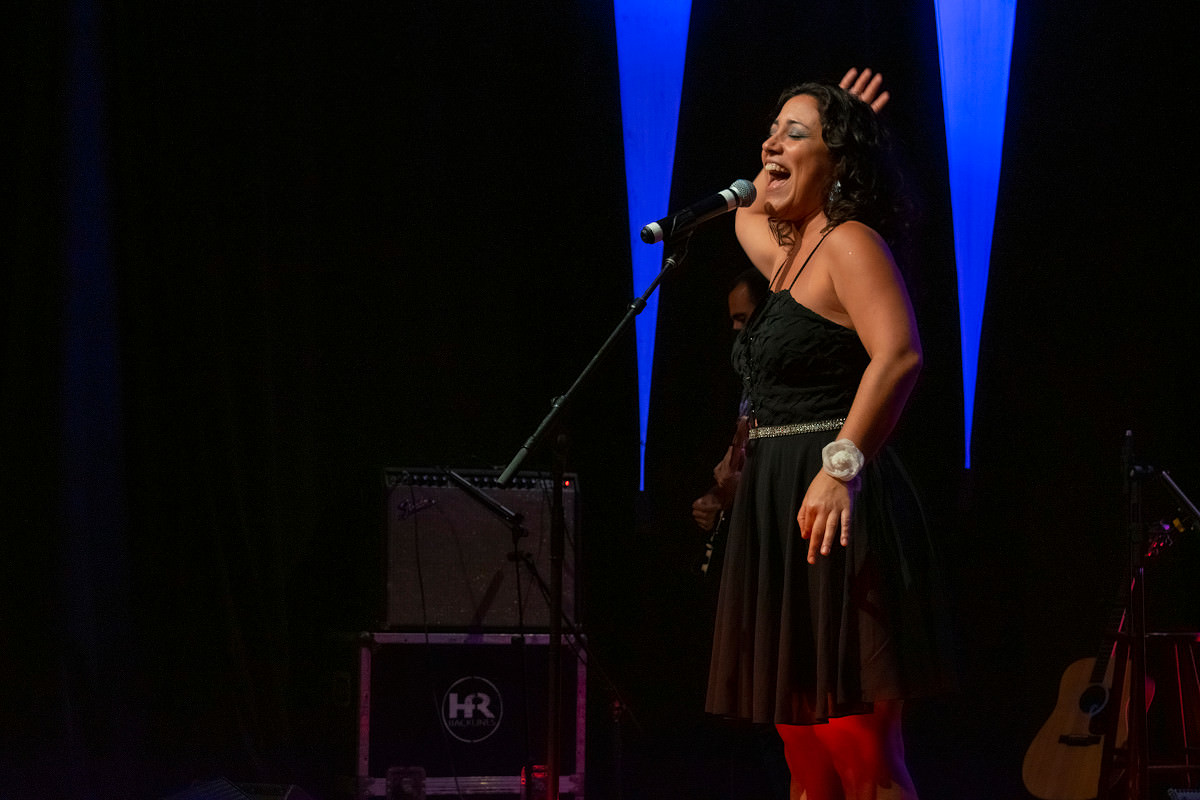 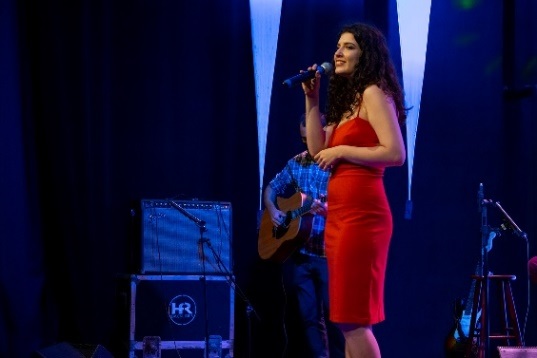 In 2020, to Aliança Francesa completed 135 years of presence in Brazil. In addition to language teaching, to Aliança Francesa offers a rich range of cultural activities. The French language is, naturally, at the center of your schedule, and is being celebrated through the Song Festival Alliance Française. The contest is free and open to amateur and professional singers and aims to promote the discovery of new talents and publicize the diversity of the musical repertoire in French.

The 7 (Seven) candidates classified in the 2nd Stage, winners of each regional stage will participate in the National Final on the day 26 th November of 2020, which also happens online and the big winner of the night will be awarded a trip to Paris with Air France tickets. The runner-up will receive a weekend at a Club Med unit in the country. 3rd place wins a dinner for two in a restaurant chosen by the Festival organization, in the city of contemplated, the maximum amount of R $ 500,00 (five hundred reais). The judging panel will be comprised of three to five individuals connected to the arts, the Alliance Française, the French authorities and / or representatives of sponsors.

About the three singers awarded in the regional stage, in Rio de Janeiro:

dwell time 23 years, graduated in music from Unirio. Currently teaches music classes to children and studies lyrical singing. Her passion for music started from a young age and from 10 years old started taking music lessons, encouraged by your grandfather, singer and composer. French music was part of Clari's childhood due to the influence of his godfather and grandparents, who presented her with CDs and French children's music books. After a few years without much contact with culture and language, life's surprises made Clari inspired to learn French again, and in the best way… singing.

Laura Lagub started singing in the college choir, when he studied Social Communication. Music has transformed your life and the way you are in the world completely. Today, she works as a singer and is also a composer. As a child, met France during his mother's doctoral research. It was there that he learned and took a liking to the French language. Since the 12 years old, dreams of going back to know France through the eyes of the adult woman and take her child, who is now her age when she went there.

Carioca, astronomy student and passionate about music since the first of her 18 years old, Amália started studying music at a young age, and sang before I even learned to speak. Singing classes started at 10 years, then he was enchanted by the piano, enrolling, at the age of 15 years, at the Villa-Lobos Music School. He is currently a member of the institution's Chamber Choir. Amália also has a special affection for the French language, and was a student of the Alliance for two years. She takes advantage of the Song Festival to unite two passions and present, in French, a song that reflects the energy of Rio de Janeiro's carnival.

A Festival of French song emerged, for the first time, in 2008, on the initiative of the French Alliance of Porto Alegre. Due to its great success, the event became a reference in the field of french and francophone contemporary music in the country and started to happen on a national scale.

Adopted by the French Alliances of all Brazil, the Festival has regional semifinals and a grand final based in a different city every year. In 2019, the festival was renamed to Song Festival Alliance Française, with the intention of valuing the cultural diversity that exists behind the French language, integrating songs from French-speaking countries of Africa, America and Europe.

Julian Barreto, from Porto Alegre (RS) was the great National Final winner of the Aliança Francesa Song Festival 2019 with the song She tells me, Ben l'oncle Soul and as a prize Juliano won a trip for two to Paris. For the third consecutive year, Rio Grande do Sul wins the national stage of the event. The second place went to the Rio de Janeiro candidate (RJ), Flavia Melo, who sang As usual, de Vitaa e Stromae. The third place was Nalini Menezes, representative of Aracaju (SE) with the music S.O.S. Of A Terran In Distress, from Michel Berger.

Check the regulations of the French Song Festival 2020, available on the website: www.festivaldacancaoaf.com.br

Previous: Pastry chef Flávio Duarte teaches recipe for Christmas cookies that can be sold for up to R $ 5,00; Check the recipe
Next: Teresa Cristina takes her ‘live’ for Instagram of Canal Futura, on Black Awareness Day