"I especially like hell, I feel daughter of fire and storm. Of rest, everything moves me…"Morgan-Snell 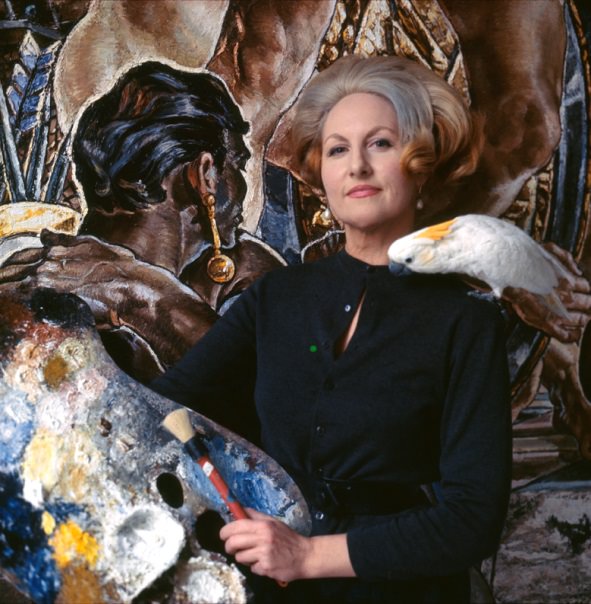 A Centro Cultural dos Correios presents until 04 th December 2016 the show of an artist considered a case apart in the world of art, Morgan-Snell, and displays some 70 selected works by the curator Marc Pottier, about your work in design, painting and sculpture considered original and avant-garde.

After four decades, the exhibition gives the opportunity to the public to revisit the production of this artist only, where the body is at the heart of her work and the nude is present markedly. Figurative artist and self-taught training – which sounds weird for someone of her social stratum – always coexisted with the high society of Paris, Rio and São Paulo. Learning through observation, her first exhibition was held in 1946, Barcinski Gallery, in Rio de Janeiro. Belonging to the brazilian industrial bourgeoisie Morgan-Snell was a rebel who is not subjected to the trends of her time. Their themes originate in Greek mythology, in the Bible, in the Divine Comedy and in Dante's Inferno. Men and women, almost always present, evolve in a universe freed from the laws of gravity.

The exceptional work of Morgan Snell conquered her own creator. Although absent from major artistic movements that dominated the 20TH century, her figurative production, supra-realista, with elements of Mannerism and the celebration of the body, Join today to the areas of various movements of creation. It is up to the 21ST century analyzers decode your scenarios that are likely to be much less classic that make sense at first glance.

The vividness of the colors that she wore in her works was a vibrant tribute to the plumage of all the birds that always surrounded she in her Studio. According to her, the birds you provided the music to your creation. Even today you can see that some brands of their comrades are to this day trapped in the thickness of your painting. Your brazilianness was represented in her work and accompanied her even when she moved to Paris after her marriage, around 1947-48. Even if your sources of inspiration vary from Tiepolo to Michelangelo passing by Rubens, her work never stopped expressing these references. For example, in her work ‘The Virgin of Pentecost ’, an Indian athletic honors the South American continent and expressed the sensuality of her work permanent.

An important element that defines the work of Morgan-Snell is the trace, with the body as passion, using cosmic lines that give eternity to your characters, a species of eroticism in spatula. Great inventor of patterns and creator of aspects, Morgan-Snell's work is figurative, but also capable of expressing the Unreal. In her plastic correction, the design of Morgan-Snell refers to a classicism about which you can't cheat. Incisor, sharp, often on the edge of impropriety, the dash displays a realism which doubles the power of ambivalence artist. The clinical precision of the stroke is inseparable from a sensuality tending a and another to communicate an emotion that is never at the expense of thought. Is to the satisfaction that the work of Morgan-Snell invites the public to feel. In the works of Morgan-Snell, men and women seem to be in a world unknown space without gravity, animals and humans seem to live in a harmonious world where media Man, Animal and nature are made of the same clay. Morgan-Snell modifies reality itself, the perception of the real. She attacks the unknown of her own imagination to build a parallel reality within the limits of plausible, a possible reality and deliberately hides, a sublime and mysterious world. 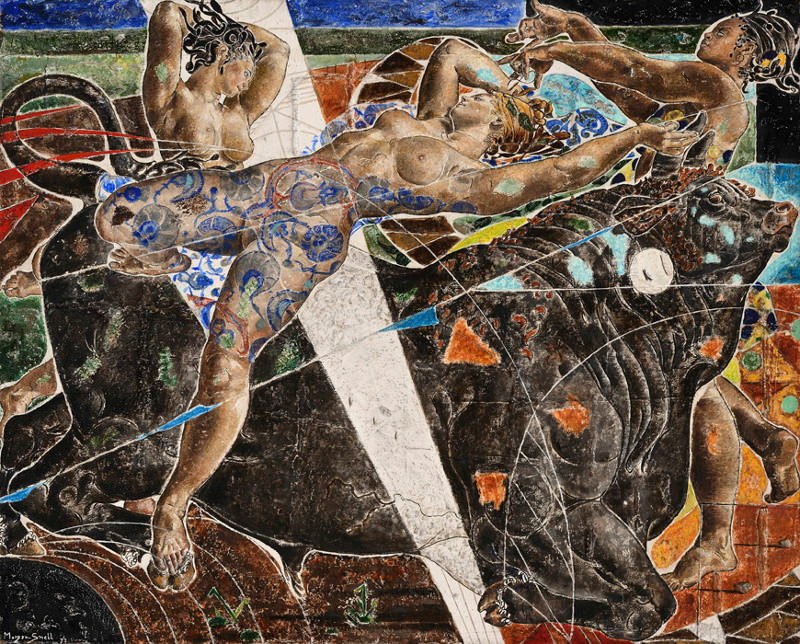 The abduction of Europe of Morgan-Snell. Photo: Jean-Louis Losi.

Although passed 40 years, her work can be inserted in the current context of contemporary art of the XXI century, a century often obsessed with a cult of the body surrounded by Erotica. The characters are athletes who are often in aerial perspective, where mingle the profane and the sacred fill the screen almost Compact with carnal and prodigious purposes figures that reveal hidden desires in the eyes of the beholder. It is a trend of our society, which today no one can escape: the obsessions of the contemporary world are widely exposed and decoded.

Previous: Redeemer community celebrates 150 years with the Camerata concert
Next: Artist and set designer Sergio Marimba throws Furniture of the time in Rio