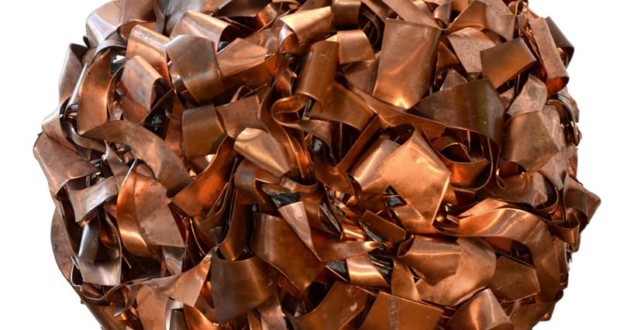 Last weeks to visit the exhibition that marked the debut of artist Renata Adler in Rio de Janeiro. By 16 of October you can visit show "the path of the planets" that set the gardens of the Hotel Santa Teresa Rio MGallery by Sofitel and Térèze restaurant, they receive 11 works of the artist. The work has inspired solar system and proposes a dialogue between the Earth and the planets.

Renata's work refers to a famous phrase of the French philosopher and chemist Lavoisier: “Nothing is lost, everything is transformed ", to remind you that one of the most important chemical research was to determine the nature of the phenomenon of rapid oxidation or combustion. “What interests me is precisely the energy of the reaction of substances. In my sculptures in iron or other materials try to cause the State of matter and their contributions to the chemical revolution – sometimes experimental techniques and epistemological. Without hesitation I often use unusual elements, as for example, the coffee, that so add another sensory dimension ", explains Adler.

In addition to the shows at the Hotel Santa Teresa, Renata also presented 25 sculptures in the exhibition of the same name that set the Gallery of the Municipal Center of the Park of the ruins in September.

“The word cosmos comes from the Latin ' cosmos ' (world) and that your time comes from the ancient Greek ' kósmon ' (order, ordained). And by extension means order of the universe. The planets, the galaxies, and the stars of my works, do not speak only of all that exists. Try to propose a philosophy that evokes a universe as a well organized system. In an age in which new generations are bowed with eyes glued on the screens, I would like to invite them to raise your head and look at a sky that many of us overlook the existence ", explains.

Renata usually work on forms that were previously designed and over which adds colors, observing your purpose and your interaction on your own Alchemy. According to the art critic Marc Pottier, He became interested in the work of the artist after a visit to your workshop, the shapes and colors in your work are not the result of simple arbitrary ideas associations, but an inner experience in which the abstract paintings refer to the senses. "If" Interlaced "World she chose not to act in the materials used, leaving the turn without any interference, have we "Planets", on the contrary, paints on delicate colored landscapes they will evolve over time. There is the will to speak of ' impressions ' even if their works are not Impressionism in the sense of the word. This is because, In addition to this dialogue between the matter and the painting, She loves also the light. She is present in the "Planets" via leds discreetly placed behind the boards worked ", comments. 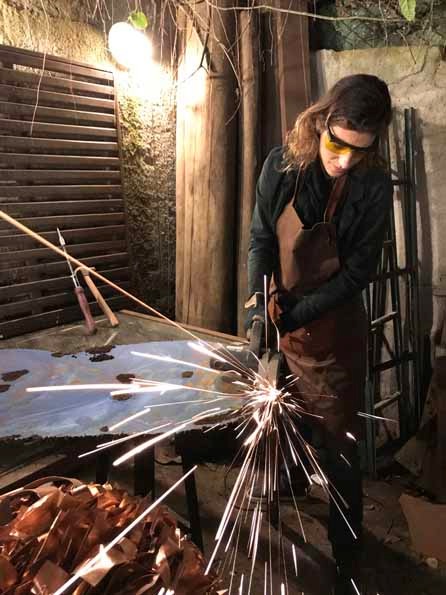 Renata Adler is a journalist by training and served in the field printed on large vehicles for more than 10 years, as, He got his Bachelor's degree in Arts from the University in Boston, Massachusetts, United States, and also in Visual Arts from the school of Visual Arts of Parque Lage, taking as mentor professor João Carlos Goldberg.

The carioca flirts with the art world since childhood. Always loved painting, photograph, including revealing herself photos, but it turned out to be attracted to sculpture. And your fascination with solar system was what made the exhibition "the path of the planets".

Previous: Monuments in the square of 19 of December have new despiche action
Next: The art of Rachel Avelino de Oliveira