On the last day of the exhibition, 11 of december, the artist will be on MAC
to receive the guests 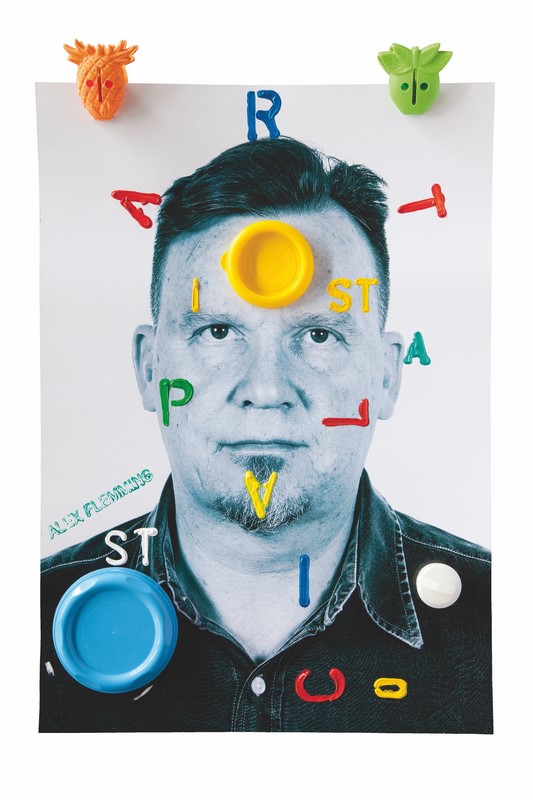 The paulistanos who have passed the station Sumaré of São Paulo metro already may have noticed some anonymous faces in overlapping glass panels by Brazilian poems. The artist creator brought to São Paulo free exposure Alex Flemming: RetroPerspectiva, on the MAC USP Ibirapuera. Trial for principle, Alex Flemming celebrates 40 years of profession showing their works of several series, Since objects to paintings on non-traditional surfaces.

Alex Flemming: RetroPerspectiva brings 110 works of the last four decades of the artist's production. Free schools, movements and forms, Flemming always researched different materials such as support of his paintings, as engravings, photographs, objects and installations. "Turn my life in art objects and photos into paintings. Return to issues on which I 10 years ago and I return to the subject, but from another point of view. My work reflects this exposure: It is circular, non-linear ", says Flemming.

With a work of character consumption analysis, Flemming brings paintings that have supported their own clothes, as well as the dish you ate, the panties you wore, the credit cards you've spent, the teeth that took. "Self portrait in Auschwitz", for example, shows that Flemming shoes used throughout life, painted the same color, forming a circle in which you can't see the end.

The center of São Paulo will be a new look from 3 of december. Mario de Andrade library wins a new public works for its collection: 16 a lot of the glass artist Alex Flemming, depicting anonymous people who frequent the library. In the art of Flemming, endowed with a lot of color and vibration, These unknown citizens become representatives of the city, anonymous bystander symbols and characters of the users of the library. The site was also chosen for the launch of the book "Alex Flemming", with text by Mayra Laudanna Teacher of the Instituto de Estudos Brasileiros da USP.

The book "Alex Flemming" is based on the 120 works in the exhibition "Alex Flemming – Retroperspectiva”, playing at the Museum of contemporary art of USP 13 august to 11 th December 2016. More than a simple catalogue of the exhibition at MAC, the book (bilingual – Portuguese/English) It has a dense essay on the work of the artist traveller who more than 25 years divides his time and its production between São Paulo and Berlin. The São Paulo artist has lived in Florida, New York, Lisboa, Rotterdam, East Berlin and took up residence in that city in 1991.

"Being an artist is to accept the challenge to express themselves differently as life evolves", says Alex Flemming. The son of a pilot and a flight attendant, He is a citizen of the world. Graduated in Cinema from Fundação Armando Alvares Penteado, the artist appeared in the artistic medium in the years 70, with engravings on the daily life and socio-political challenge. He began intense dedication to painting when he won the Fulbright Foundation scholarship and attended the Pratt Institute of New York. Currently, Flemming lives in Germany, but the Brazil visit frequently to strengthen its roots.

Previous: APCA elects the triumph of color as the best International Exhibition 2016
Next: Urban interventions of Estevan Reder on display at the Museum of photography