Home / Art / A trip by the river Scenery

A trip by the river Scenery

Shopping Rio Design Barra, Rio Botafogo Praia Shopping Leblon and Design
receive exposure of 11 photographers that have the relationship with the river
through their lenses 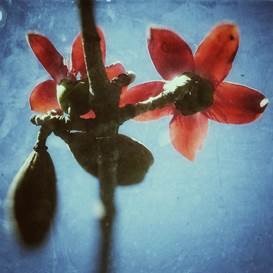 The project Scenarios is not only an exhibition of professional photographers and Yes to people who want to tell a story through your look and have the photo as your language. Are 66 pictures of 11 professionals tell their stories about the wonderful city that can also be chaotic, curious and thought-provoking through images taken by cell phones or cameras, What matters is the sensitivity that every glance can reveal.

The shopping Rio Design Barra, Rio Botafogo Praia Shopping Leblon and Design were the places chosen to invite the Viewer to take a trip by an unknown River at a time when the city will be mobilized to receive the biggest sporting event in the world.

ALEXANDER SAMANIEGO
Graduated in cinema at the London Film School. He studied photography at the ICP in New York. He was a member of the photographic agency ZNZ and founding partner of photo agency STRANA. Was founding partner of Gávea Gallery. Won the prize Marc Ferrez photography and awards April photo. Worked in newsrooms Sunday magazine, Veja Rio, And This is.@alex_santanna007

ALUISIO EZEKIEL
Archtect, found the picture on her cell phone at the exits of bike that made the area south of the River in 2012. He joined the first photographic documentary via Instagram in Rio de Janeiro (@Rio365) with 3 pictures in 2013 and with 12 pictures in the second edition of the carioca documentary, in 2015. It was the first Brazilian to win a prize of $ 1000, implemented by Instagramers Gallery and soon after began to enter this universe of Instagram, participating in other network-related projects. @Aezequiel 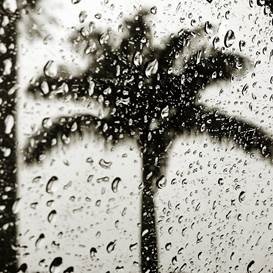 ANA CAROLINA FERNANDES
He studied Photography at the school of fine arts of Parque Lage. Photojournalist and Fodocumentarista, develop authorial works at the same time that collaborates with several newspapers, magazines and news agencies. Winner of 2 Leaf Awards, Conrado Wessel Award finalist and shortlisted in Top Ten Award of the Sony Award, both in 2013. Winner of the trophy Wife Press – Photojournalist in 2016. @culafernandes

ANDRÉ GALLANT
45 years, He began his career at 16 years as an Assistant to photography and from 1991 began acting as Art Director, having worked in some of the main agencies of the country in this function (JWT, W/Brazil, DPZ and Africa). From 2004 went on to mix creation and planning, being creative director iThink agencies and Euro RSCG/River. From their experiences with social networks and photography began to develop cultural projects and Branded Content. In 2012 launched the project @Rio365, first documentary a city produced via Instagram, with second editions completed. Photographs only with iPhone. @andregalhardo

ANNA FISCHER
Professional photographer. Besides his copyright work, operates in the publishing market with a focus on behavior, travels and portraits for magazines of all Brazil and abroad. @annafischer

BETO PESTANA
Training Designer, including this exhibition, graduated in Design from PUC-RJ, post-graduated in Marketing. He worked in art direction, Motion graphics and post-production of commercials and documentaries on video. In addition to special effects on Tv Globo. Curator of @rio365, @rio450 and @nossalingua, Photo-documentary of a city by collaborative Instagram. Currently working in design, branding and marketing for companies. Is dedicated to mobilephoto and mobileart, exploring the artistic potential of the use of the SmartPhone. On Instagram, manages the profile @betopestana for streetphotography and @betopestana_studies for special projects. @betopestana 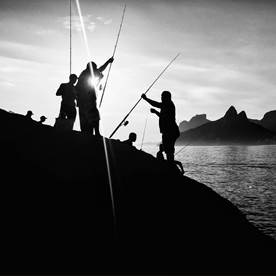 DENISE PEREZ
Photographer since 1986, When I was 8 years and gained his first camera. It took a long time, however, to find out which should lead to real photography. Two colleges (law and international relations), graduate studies in international policy. Self-taught photographer and extremely curious, Denise uses the photograph as an excuse to get close and get into different worlds. Love the transforming power of photography, Since with their sensitivity and through their lenses can reveal the beauty of scenes and places that most people would pass unnoticed. @deni_perez

MARCELO TABACH
Photographer with journalistic training, worked in the main newsrooms cariocas and was editor of the magazines you Guys. Participated in several exhibitions in Rio, São Paulo, Buenos Aires, Miami and Paris. @marcelotabach

SILVANO MALIK
Professional photographer, works in the Gallery of the Gávea developing your artwork. Specializing in aquatic and sports photography. @silvanorj

VERONICA PANDEY
Photographer, his specialty is fashion and advertising. Your training is self-taught, went through some Studios working as an Assistant in the Studio April in São Paulo and the Studio Bloch in Rio de Janeiro, He was collaborator of magazines of Bloch. Also internship at ELLE's Studio in Paris, where he lived for 6 months. Back to Brazil was the owner of studio Bamboo in Rio de Janeiro and acts in the area of advertising, fashion and since then corporate. Is the initiator of the project. He has participated in some collective exhibition and is increasingly focused on developing your copyright work. @vpeixoto