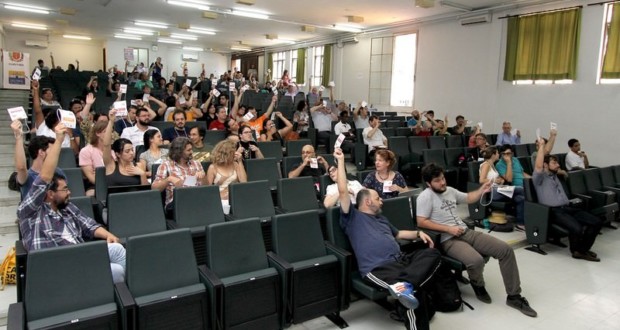 After an extensive process of democratic participation and debate with all the segments involved-artistic class, representatives of the communities and public authorities – the V Municipal Cultural Conference ended its work in the late afternoon of Sunday (20) with the approval of a preliminary proposal to the Municipal Cultural Plan of Curitiba. The delegates elected at the sectoral and regional pre-Conference gathered for three days at the Federal Institute of Paraná (IFPR) and discussed articles and amendments of the proposal, finalizing the document that represents the guidelines for the conduct of Curitiba culture over the next ten years.

"The Municipal Cultural Plan will guide cultural policy in our city over the next ten years. In this sense, It is crucial that the law incorporemos of a general plan, but also the looks of various sectoral and regional perspective of the ten ", said the President of the Cultural Foundation of Curitiba, Marcos Cordiolli. One of the differences of the V Conference, in the opinion of Cordiolli, was the appearance, in the debates, cross-cutting areas, as the African issue, the issue of gender and sustainability. "The big news of this Conference was the relationship of cultural actions with sustainable practices, that appeared very strongly and will be deeply permeating our municipal plan of culture ", noted.

Cordiolli assessed the mood of the Conference was very good and in a constructive process of improvement of the final text. "This work is over, sometimes even exhausting, but the result is the satisfaction of the people. The Municipal Cultural Plan will certainly represent this wide diversity of culture. He can suit both the cultural producer, that is seeking a financial result, as the artist who produces innovative research works. At the same time, give attention to popular artists and discusses the access of the population which is at the heart of the city and in different neighborhoods. That's the spirit: cultural policy must meet two million people, continue strengthening what's good about Curitiba, the productive chains already arranged, the artistic production already qualified, and at the same time make room for the new ones that are coming ", highlighted. 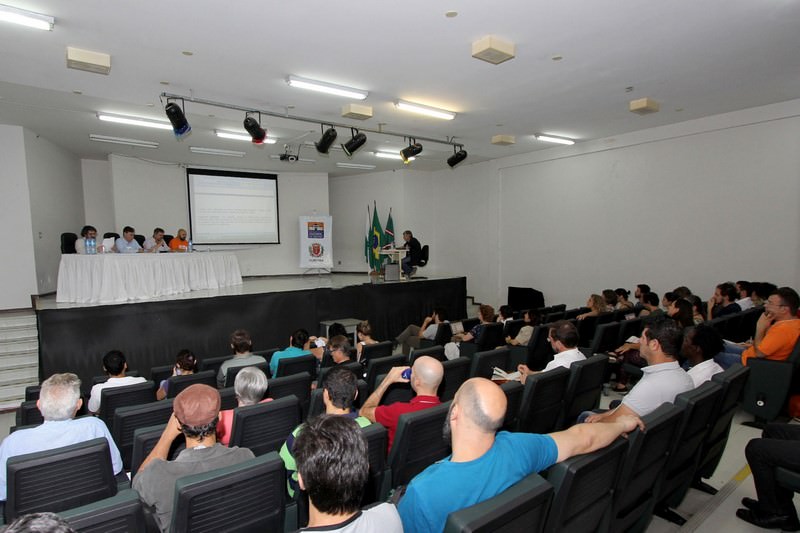 Results -The evaluation was also positive on the part of the participants. "We're going to have a plural plan, You can integrate the various languages. He opens a fundamental space for the sectors to act effectively ", said the President of the Association of businesses and Design professionals of Paraná (Prodesign), Tulio Son. "The result was a diverse and democratic plan. We managed to put the issue of sustainability and got covered pretty much everything we proposed ", highlighted Leandro Luiz Moreira, one of the delegates of the food culture.

The ethnographic sector attended with several representatives. "We had a breakthrough. Until recently, would not in any legislation that failed to take into account the cultural area. Everything we did was for love of culture of immigrants and of our ancestors. Now, our job is to have a legal basis and it helps keep traditions alive ", commented Blanca Hernando Boat, Vice President of Inter-ethnic Association of Paraná. For Matheus Marcellus, President of the Association of Hip Hop and Peripheral Movements, participation in the Conference was crucial to strengthen the culture of periphery. "We started to be seen and we understand that we cannot close within the four elements of hip hop. It is necessary to take political life ", said.

To the President of the Organizing Committee of the Conference, Elton Barz, the great lesson that is the will of civil society in public policies for culture. "Permenecer these three days, on the last weekend of the year (before the holidays of Christmas and new year), discussing the 48 pages of the plan, shows that the population of Curitiba, especially those linked to the area of culture, want to discuss and make a proposition of your paths. We must not forget that the plan is a planning option. This will be consolidated in the Municipal Council of Culture, but here we get the broad guidelines ", said.

Next steps -The final report with the proposal of the Conference to the Municipal Cultural Plan will be formatted by the Municipal Council of culture during the first half of 2016. Closed this last step, the plan will be ready, and shall pass only by settings within the FCC and City Hall, before heading to vote at City Hall.

The Municipal Cultural Plan is the instrument of planning, affirmation of cultural rights and to the organisation of public policies within 10 years, worth between 2016 to 2026. This is the last requirement to be fulfilled by the municipality of Curitiba for its full integration into the national culture System.