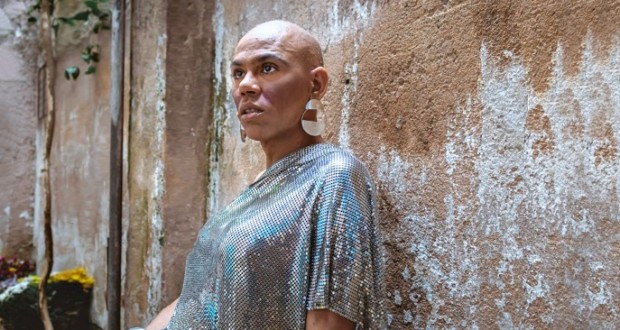 Valéria Barcellos at Mistura Fina of 11/03

Multiartist shows irreverence and talent in a poetic-musical show

The attraction of the next day 11 March from the project Fine mixture displays the talent and irreverence of the singer Valéria Barcellos. The multi-artist presents the show “Resistance”, from 18h30min with link transmission: www.facebook.com/misturafinamusica.

“Resistance” is a show that brings music as a modifying agent. Amid the chaos, the music cherishes, cherishes and strengthens bonds and narratives! A poetic-musical show that, still in times of pandemic and barbarism seeks to embrace and nurture through music. The show will be sewn with excerpts from the book Transradioativa, recently released by the artist.

Valéria Barcellos is a multi-artist (singer, actress, dj, writer, performer, aspiring visual artist and audiovisual artist). Beyond the corner, writes and works with photography, video and performance. Member of the Advisory Board of the Museum of Contemporary Art in Rio Grande do Sul (MAC/RS).

As a singer, already traveled Brazil and the world with his presentations that are filled with good humor, quick and clear thinking and impressive vocal power and performance. She is the human will to give voice and voice to black and trans women.

With theatro São Pedro, correaização and production of the First Row Produções, press office of Silvia Abreu, UFO support Universal Accessibility, financing of Pró-Cultura RS and sponsorship of the Gas Company of the State of Rio Grande do Sul (Closing), Mistura Fina reaches its third edition, exhibiting the plurality of musical production that stands out on the national scene. Started in 2018, the project housed great expressions of music, in shows seasoned with art and high artistic performance that were exhibited at the Foyer Nobre of Theatro São Pedro.

Since April 2020, the initiative reinvents itself and continues in virtual format through the project's social networks. Mistura Fina counts, since the first edition, with audio description service, carried out by UFO Universal Accessibility.

Previous: How to turn your flagstone into a beautiful and pleasant terrace?
Next: Mostra CineCidades brings films that bet on the plurality of the city of Rio de Janeiro