Home / Art / Experience of maracatu is attraction at Sesc Sorocaba 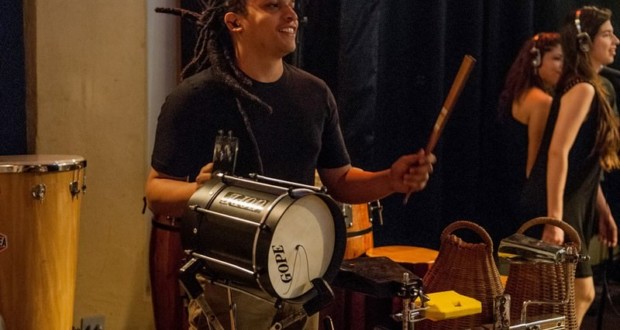 Experience of maracatu is attraction at Sesc Sorocaba

Integrates event programming in celebration of the Day of black consciousness

The Sesc Sorocaba invites young people from 13 to 19 years for a chat about maracatu with Rafael Poujo, Member of the Mukumby group, on 21 November, Saturday, at 4:00 pm, in the living room of bodily practices, with free entry. To participate, just sign up at the site of activity with 30 minutes in advance. In total, will be made available 30 vacancies.

On "experience of Maracatu", Rafael Poujo, articulator Mukumby group, will hold a chat with the public to talk about the origin, history and current context of maracatu. The event is part of the Iorubrá project, that brings special activities to celebrate the Day of black consciousness.

Founded in 15 June 2013, the Mukumby group of maracatu and popular percussion aims to spread and promote the practice of traditional Brazilian cultures in the city of Sorocaba. The name was inspired by Vilma Mukumby dos Santos, nostalgic Candomblé 's spiritual leader, that also has been very active in black issues in the State of Paraná, was the basis of knowledge point Poujo, Maracatu Mukumby articulator. Vilma, known as Ya Mukumby was considered as Queen of maracatu group in the city of Londrina, Paraná, called Angola seed.

In celebration of the Day of black consciousness, concluded in 20 November, the Sesc Sorocaba presents the project Iorubrá – title created with the junction of the Yoruba Word (Christmas people of South-West Nigeria and countries such as Benin and Togo, region with large numbers of blacks brought as slaves to Brazil) with the prefix of the word Brazil. Learn more about these events and track the complete schedule in reference to the Day of black consciousness by accessing the portal Sesc Sorocaba: sescsp.org.br/sorocaba