In its second edition, the auction house SPITI.AUCTION establishes its brand of uniting the contemporary with the traditional of the visual arts and proposes, in a pioneering way, new media at the event using NFT

Works by great names in national and international art will be available for auction at 2º auction of SPITI., What happens on the day 29 from March, to 20h. Curated by Fabio Cimino and Renato Magellan Gouvêa Jr., os fundadores da SPITI. the event presents a clipping of 105 works of different techniques, supports and media, which include paintings, sculptures, photographs, collages, engravings, watercolors, drawings, NFT and other languages. It took months of research and hundreds of works by more than 150 analyzed collectors, which according to the organizers, prioritize research and quality criteria and maintain the cultural relevance of the works. The collection can be visited in advance in the exhibition space, no Workshop Zaragoza, between days 19 to 27 March from 2022. Bids will be available from the opening of the exhibition on spiti.auction.

From modern to contemporary, careful selection of the auction offers a panorama of internationally renowned artists. A SPITI. seeks its critical differential on the creators and their works, investing in entries signed by respected curators that contextualize the time and importance of the collection in a catalog aimed at the public.

Among the important works selected, we highlight the photography of Marina Abramović, artist known as “the grande dame of performance art”. Entitled “Cleaning the Floor” (2004), the record has become an icon of feminist inflections in contemporary art by presenting a homonymous performance in which gender violence is investigated in relation to the domestic environment.. 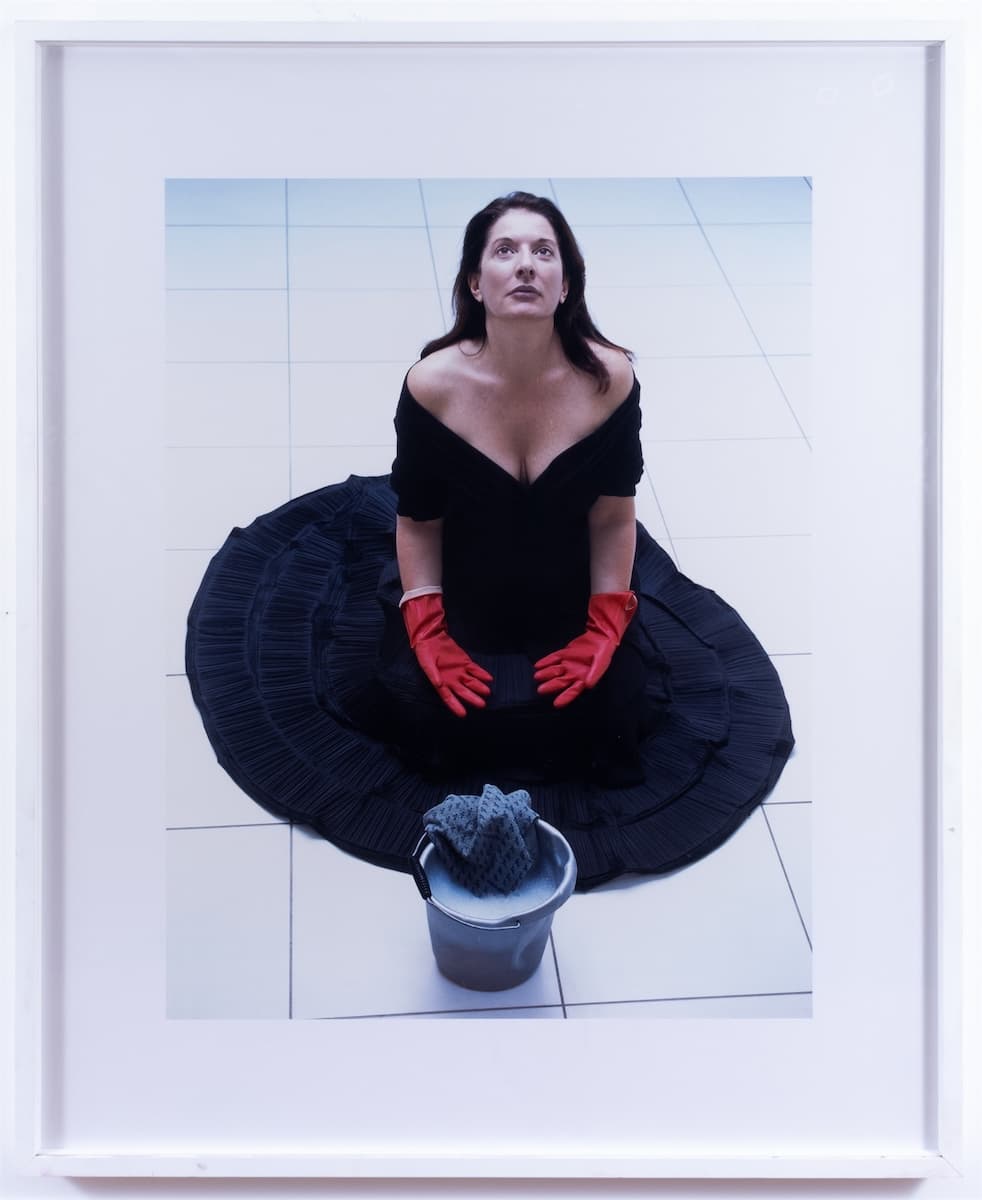 Also included in the selection is serigraphic painting using diamond powder from Andy Warhol, depicting “Mildred Scheel”, an important German figure for being a pioneer in speaking openly about uterine cancer, breast and prostate. Andy Warhol, American painter and filmmaker, was one of the most influential artists of the 20th century and one of the founders and greatest representative of Pop Art..

There is also work by the Venezuelan Carlos Cruz-Diez, one of the main exponents of the Latin American kinetic movement. His work was characterized by the valorization of colors, movement and optical illusion, privileging the interaction of the spectator's body with the works. 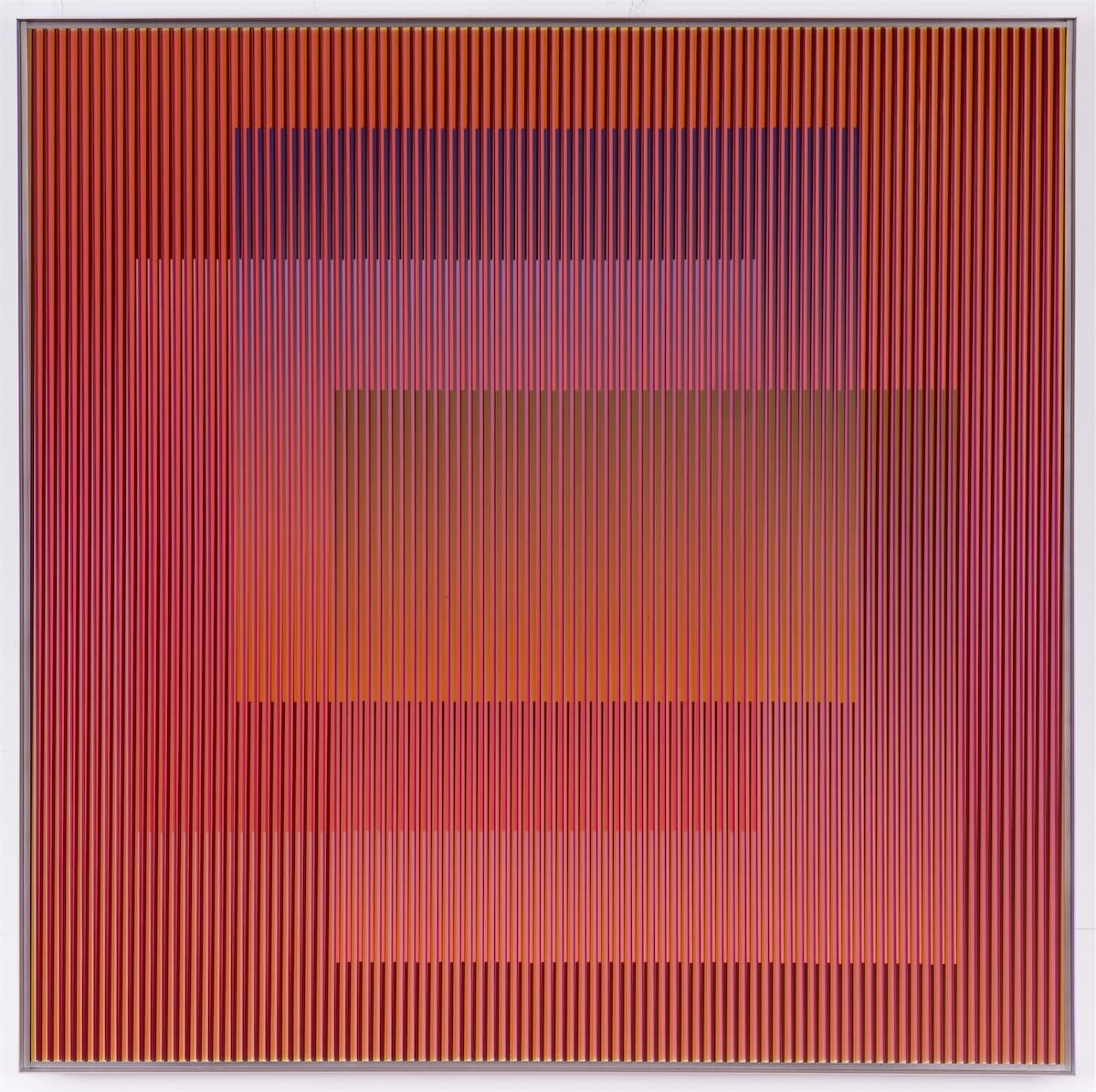 Work of Carlos Cruz-Díez, one of the leading artists of kinetic art, present at the SPITI auction. Photo: Disclosure.

A series of photographs from Miguel Rio Branco, Spanish artist who lives in Rio de Janeiro, called "Santa Rosa" (1998), will also be available to bidders. In the work, the artist uses his well-known style of using colors in marked contrasts portraying the boxing universe at Academia Santa Rosa, in Rio de Janeiro. The artist's work gained international contemporary art market and has been increasingly celebrated and present in individual and group shows of prestigious institutions..

A SPITI., since your last auction, observed the remarkable number of participants and interested in approaching the cultural market. Thus, seeks to further strengthen collectors and also boost the formation of new audiences.

Re-signifying the universe of auctions with the union of the contemporary and the traditional, a SPITI. appears with a novelty, o NFT. The new media insertion initiative, is indeed a highlight of this auction. The combination of the most established artists with the technology of NFT is an innovative movement that follows the international market. A SPITI. is one of the pioneers in presenting this format.

A SPITI. hosts the 2nd auction at the cozy Taller Zaragoza, in Jardim Europa, in São Paulo. The former studio of the Spanish artist based in Brazil José Zaragoza was designed to celebrate his journey in his multidisciplinary career as a publicist., filmmaker, designer, illustrator and photographer. The exhibition with the 105 works from the auction will be mounted at this address, with the opening day 19 of March and continuing until the day 27 March 2022. Those interested in the event can participate in person or online through the website www.spiti.auction. Prior bids will be accepted after registration on the site.

In 1997, founded the Art 57, gallery active in the secondary market and with branches such as Arte57/Foto.

Fabio Cimino is founder of Zipper Galeria, located in the Gardens, in São Paulo. With more than thirty years of experience as a dealer, tread a recognized and respected path within the cultural circuit. In 1997, founded the Brito Cimino Gallery, operating until 2009. In 2010, fundou a Zipper, initially focused on the production of emerging names from the art scene, consolidating itself as one of the most respected galleries in the market.

Previous: Concertinhos de Eva returns to in-person cultural programming in Rio and offers music and Brazilianness to children and young people
Next: Coral Paulistano presents a concert in honor of Naomi Munakata