Capixaba dancers Gabriela Moriondo and Maicom Souza, invite dance enthusiasts to the chat launch of the “SYNC” videodance, with choreography by the Slovak artist Eva Urbanová, within the “Virtual Exchange” residency project, fruit of the Aldir Blanc Law, of Secult do Espírito Santo. The chat will be mediated by Flávia Dalla (attorney, producer and curator) and it happens on the day 19 de Mayo, às 17h, via Zoom platform. In a hybrid work, multilinguagem, SYNC is the convergence of dance, of cinema and music, in a collective construction that is the result of the meeting through art. The persistence of art in unhealthy times.

During the residency with the dancer and choreographer Eva Urbanová, from studies of movement intentions and improvisation, dance emerged, that synchronizes experiences from contemporary dance. In the assembly process, the slovak proposed the enunciation of what is latent in dancers, that represented by movement the essences of your being, what moves them.

“We work from stimuli like the word, vibration, the volume, the intention of each movement, seeking power and detail. SYNC choreography, video dance, has emerged naturally from this constant creation and transformation of movement. Until, at one point, we started to think about what happened to our movements from the presence and observation of the other. ”, Gabriela Moriondo tells.

The project brings together the dancers Gabriela Moriondo and Maicom Souza, with choreography designed by Eva Urbanová, and production by Maicom Souza. Filming was directed by Daiana Rocha, with Alexander S. Buck as a cameraman, both also worked on the edition of the Virtual Exchange Program. Color correction was performed by Alexander S. Buck, with lighting by Léia Rodrigues. The graphic design is by Luís Felipe Roriz Stein, with Bernardo Firme still photo. The original soundtrack is by Eriberto de Carvalho, with executive production by Gabriela Moriondo. The residency took place at the Reverence Studio de Dança, in Victory (ES).

The Virtual Exchange is a realization of Bule Estúdio Criativo, with support from the Secretary of State for Culture of Espírito Santo. The Virtual Interchange show is a project approved in the Project Selection Announcement and Integrated Arts Awards Award. Project Selection Notice Lei Aldir Blanc 2020. 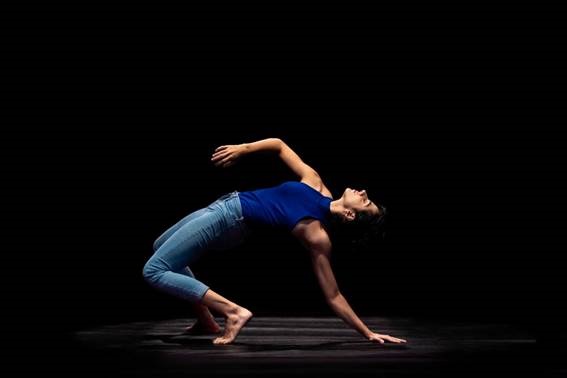 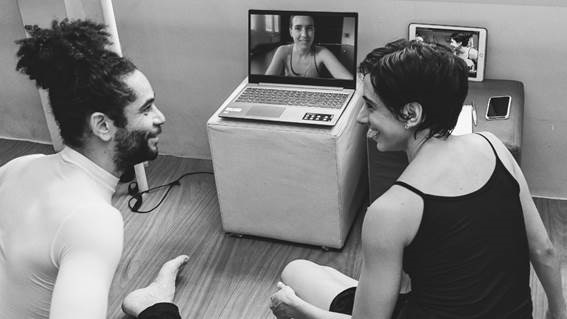 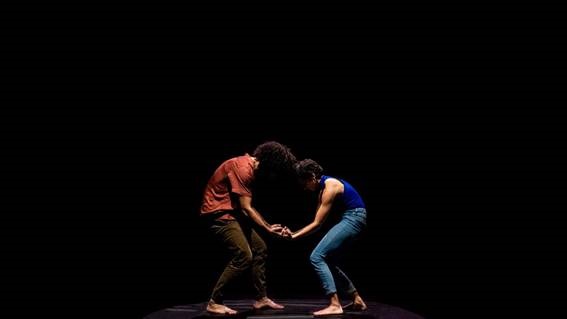 Gabriela Moriondo is from Espírito Santo, graduated in Contemporary Dance from the Bolshoi Theater School in Brazil (2014), specialized in Dance Studies by the Trinity Laban Conservatoire of Music and Dance (2016), Qualified in Contemporary Dance Performance (ATCL) by Trinity College London (2016), graduate student in Plastic Arts at the Federal University of Espírito Santo, and acts as a dancer, instructor, choreographer and independent cultural producer in Espírito Santo. Researching contemporary dance and improvisation, Gabriela conducted intensive courses in Israel and Germany, and executed in the state of Espírito Santo the project Improviso Coletivo (2017), which featured nine editions. In addition, developed the show CYBER (2019), premiered at Matias Brotas Contemporary Art, and, as resident choreographer at Cia Reverence (ES), developed the ZOON shows (2017) and (des)EQUALIZE (2019), in addition to working in collaboration with other artists from Espírito Santo, like Maicom Souza, André Prando and Gabriela Terra (My Magical Glowing Lens).

Learn more about the project at: www.gabrielamoriondo.com.br/sync

Previous: Flávia Cardoso Soares Auctions: 5º Conatus Coins Auction of Coins and Artifacts of Classical Antiquity (Greek, Romans and Byzantines)
Next: Vinyl flooring: see the advantages and disadvantages of this type of floor