(A)PART
OF THE WHOLE

(A)PART OF THE WHOLE, stanza of a poem by Gregório de Matos, offers a fundamental reflection on the importance of the 'parts' that make up the whole. In exhibition, with works carefully selected by the curator, the importance of the collective is centered on the artistic value of the parts; personal stories intertwine and weave a unique and harmonious 'narrative mosaic'. The concept created by Daniel Maranhão proposes to “think thematic walls, so that each one establishes a dialogue between artists, movements and moments in Brazilian art history, opening up many possible discussions and relating apparently separate works”.

in the first segment, where the convergence point is Oswaldo Goeldi, there is a dialogue between the woodcuts of Gilvan female interacting with works of the same technique of Anna Maria Maiolino, dated 1967, period in which the artist produced her important series of woodcuts, seminal works of the New Figuration Movement that would erupt in the year of 1970, where the anthological work “Glu, Glu,Glu” a frank allusion to anthropophagy, define Daniel Maranhão. It is interesting to note that as they were both Goeldi's apprentices, somehow makes the confluences of the works exceed the technical aspect of production. Following, there has been Lygia Pape, visual artist and filmmaker, with a work from the series "weave” and works of Antonio Dias from the series "Nepal”. “Both were important contemporary Brazilian artists., and which also had as a reference the work of the carioca engraver: Pape produced a short film entitled “The Red Umbrella” from some engravings by Goeldi, and Antonio Dias was also his apprentice”, says curator. 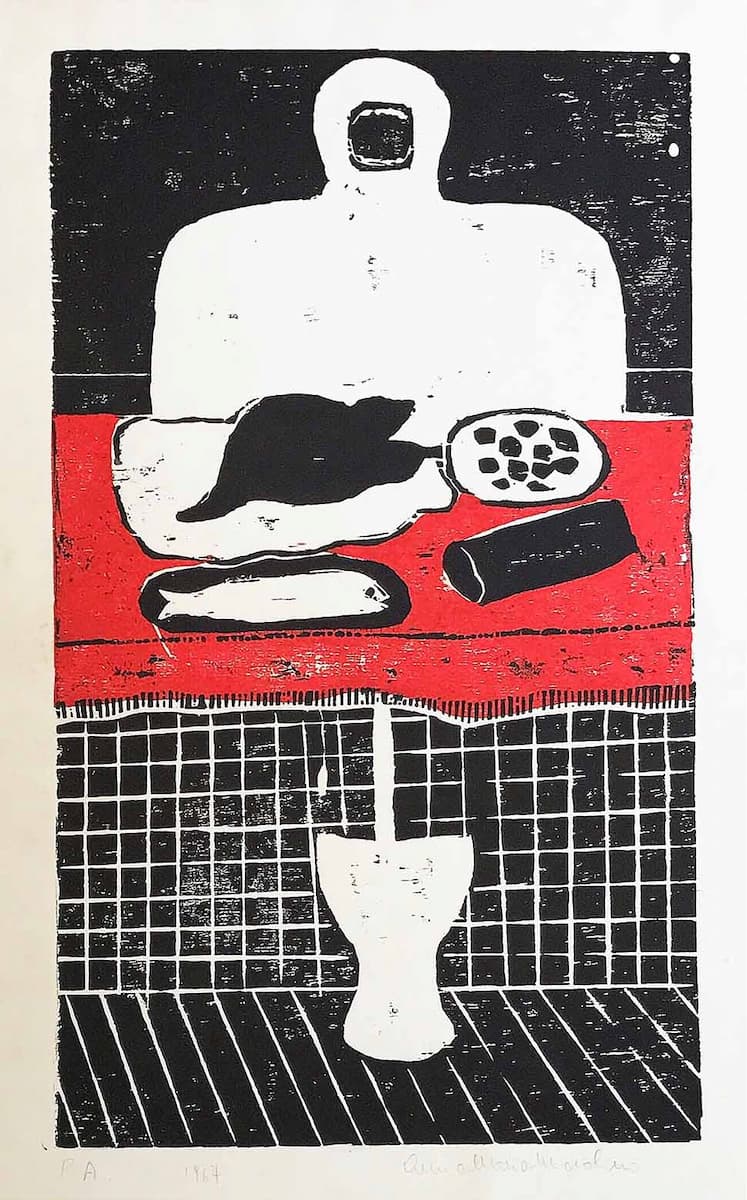 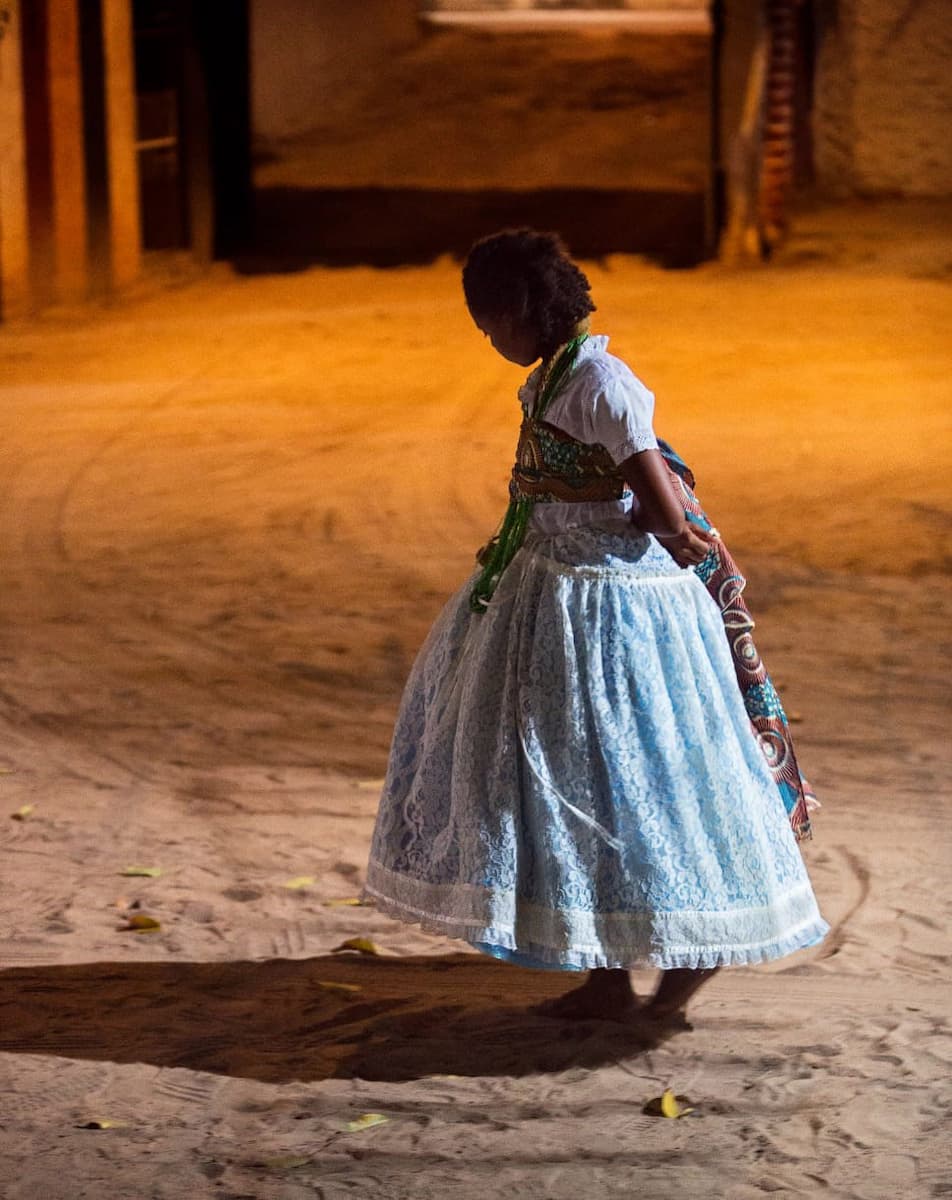 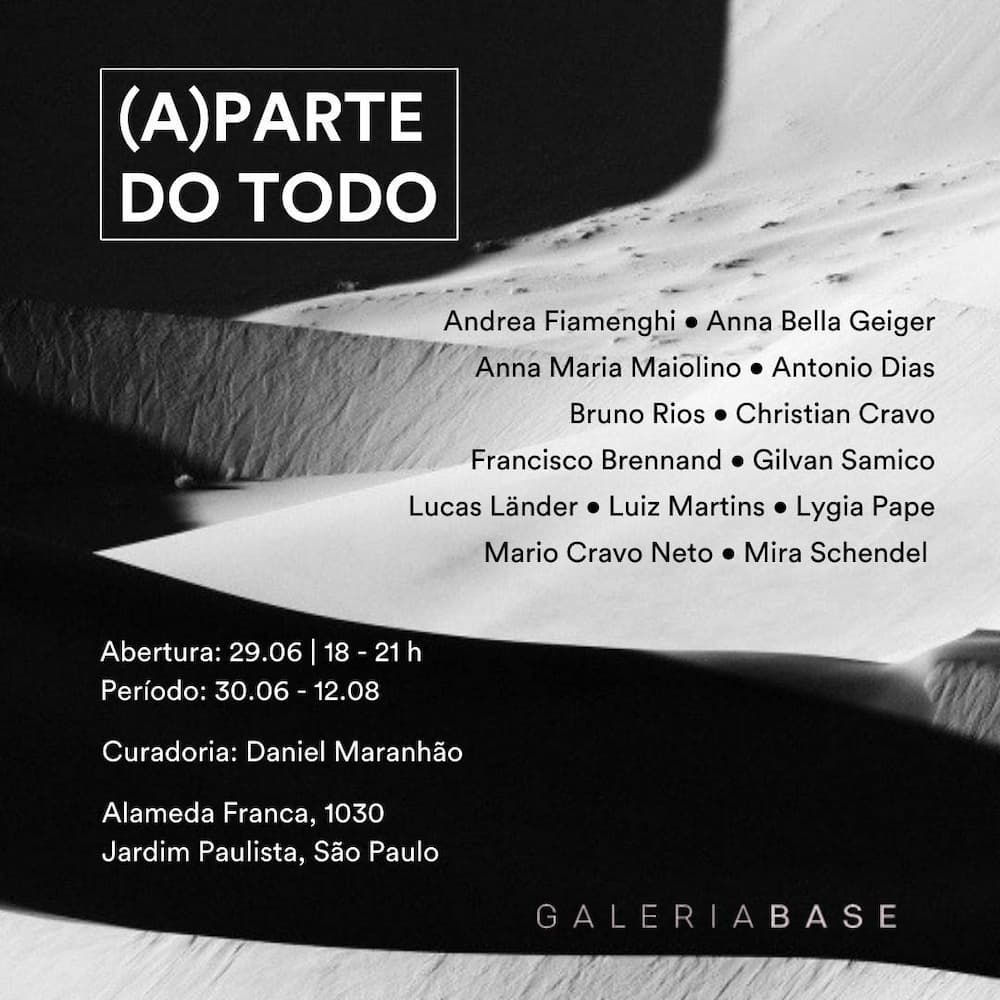 Exhibition: “(A)PART OF THE WHOLE”, BASE gallery, invitation. Disclosure.

a new clipping, now featuring unique works by three female artists during the 20th century, makes up the first floor room. In it we have additional works of Anna Maria Maiolino with works from the seriesDrop Marks” e “booklets”, as well as works of Mira Schendel, especially from the “toquinhos” series and an ecoline produced with, as well as works by the multi-artist Anna Bella Geiger of the series "Bureaucracy” e “Latin America”.

no second pavement, photography occupies the right side of the exhibition room with symbologies associated with Afro-Brazilian rites recorded through the lens of Mario Cravo Neto and Andrea Fiamenghi, with your images, celebrate a basic ancestry, fundamental, that makes up our history as a people. As a complement, an image of Christian Cravo recorded in the Namib desert, southern african continent, complete this selection.

The final part that makes up the whole comes from a set of works that Daniel Maranhão selected from some works by artists, represented by BASE: Bruno Rios, Lucas Länder and Luiz Martins who develop their own poetics through formal research around pigments, techniques and textures that result in beautiful abstract compositions.

Exhibition: “(A)PART OF THE WHOLE“