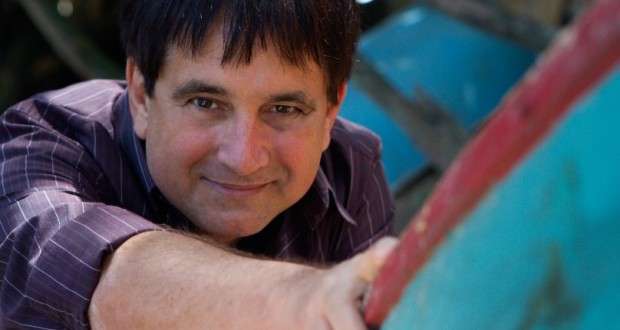 Attendants can check the show by the day 4 October, às 17h, in the Kiosk of the Globe

Owner of hits such as "Dream of Icarus"-the well-known chorus "fly, fly, climb, climb "-" your name "and" I love you ", singer-songwriter Byafra is the next guest of Sunday afternoons, Globe design that recalls songs and artists that have marked generations. The show at the Globe kiosk (Copacabana) will be day 4 October, Sunday, às 17h, and will redeem the successes of the artist, In addition to honor other great composers of Brazilian music.

Success in years 70, Byafra is responsible for several songs found in novels tracks. "Helena" was the first, in 1979, theme song for "Marrons glacés", followed by "Old Wine", "game of life" (1981). And were six compositions for Globo soap operas throughout its history.

The show that Byafra will present on Sunday afternoons celebrates its 35 years of success. With 16 albums, the singer-songwriter has had his songs recorded by major artists of BPM, like Roberto Carlos, Ney Matogrosso, Simone, Chitãozinho and Xororó, Jerry Adriani and others.

The museum was created in 2014, the Sunday afternoons aims to remind songs and artists that have marked generations. Participated in the first season of the project the singers Hyldon, Kiko Zambianchi, Nico Rezende and Patricia Marx, in the Kiosk of the Globe, and Michael Sullivan, Mohf, and The Fevers, trucks-stage in Burned, Magé and Belford Roxo, respectively. The singers Dalto and Elymar Santos were the first attractions in the second season of the project.

*In case of rain, the event may be cancelled.

Previous: National films are in the lineup the Cultural week of education
Next: FCC prepares special programming for the “Day of Reading. Every Day!”