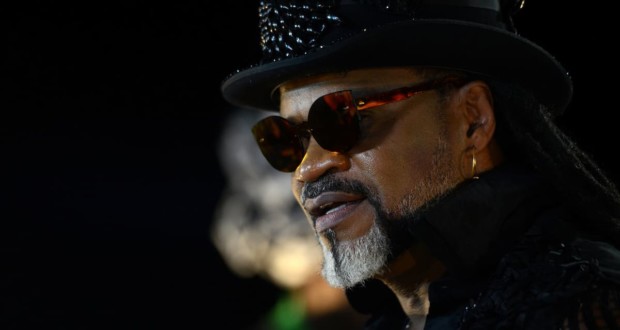 at the invitation of Union of Banking and Banking Workers of Brasilia, one of the greatest representatives of Brazilian popular art arrives here for a free show

The singer and multi-instrumentalist presents SIMULATION, new release where he revisits some of his carnival successes

As the guest points out, “the great songs made for Carnival, are also for the after, since, in our culture, Carnival spins in our thoughts, even in ashes”. In SIMULATION, Brown brings reinterpretations of partnerships with big names in MPB: “Love theme”, with Marisa Monte; “Crossing Point”, composed with Michael Sullivan; “Street Is”, in partnership with Pierre Onassis; “Street Passion”, with Junior Meirelles; “God is Percussion”, authorial; and “Gray Lovers”, with Arnaldo Antunes.

the compiled, released in 18 February (listen up: ada.lnk.to/simzas), opens the year of commemorations of the composer's six decades of life. Ephemeris that coincides with the 60 years of operation of Union of Banking and Banking Workers of Brasilia, entity that promotes the event.

By muting some percussions from the songs, Carlinhos search, in this release, the simplicity and power of melody and rhythm to say that carnival poetry takes place in the intertwining of instrumental notes, in particular, of percussion, and the letter. “And everything is magical. Poetry springs from the rhythmic percussive ancestors, allied to messages that communicate with that moment”, and projects in these re-readings that “even with all the difficulties, something in our soul will be celebrated”, completes the first Brazilian musician Ibero-American Ambassador for Culture.

the event takes place day 29 April, no South Banking Sector, with free entry and from 20h, and is another edition of the traditional Basic Friday. Held by the Union for years, the project aims to bring art, culture and entertainment in the center of the Federal Capital, in an easily accessible location for the entire population of the DF and in the representative sector for banking and banking professionals in Brasília.

The night features the opening of Brasiliense Moscow. Band that with its striking elements, accurate guitar riffs, Pulsing beats and well-placed arrangements, add to the event good mood and high spirits. In the Repertoire of the show, the group presents the recent releases “Maria Ou Joana”, “O Mar Pro Sonhador” and “Lá no Céu”, in addition to songs already known to fans.

Over the six decades of existence, the Union has acted beyond the defense and expansion of the rights of bank workers in Brasília, by actively participating in the social and cultural life of the DF. Be in your Theater, undergoing a major renovation, in public spaces or on social networks, the institution enhances the local culture and positions itself in favor of a fairer society, fair and democratic. Among these initiatives, is in sixth grade, where names like Celso Blues Boy have been, Children of Dona Maria, Angela Ro Ro, Paulinho Pedra Azul, among other.