“PROLIFERATION” IDEA PERMEATS
NEW EDITION OF THE NEWSPAPER OUR VOICE

Annual publication produced by Casa do Povo, cultural center located in the Bom Retiro neighborhood in São Paulo, the OUR VOICE arrives its edition n.1022. The large number of published numbers is a reflection of the project's longevity: the newspaper Nossa Voz circulated until 1954 when it was closed by the civil-military dictatorship, being resumed in 2014 by cultural institution. With 74 pages and 3,5 thousand copies, and a contemporary look, the new edition brings together unpublished collaborations in essays, interviews, stories, visual interventions, with fiction and non-fiction productions that discuss hot topics in dialogue with the current political context.

The new number of OUR VOICE edited by Ana Druwe and Benjamin Seroussi, and graphic design by Estúdio Margem, springs from a relatively simple idea: and if it were possible to replace the rhythm that determines our lives – to be born, grow up, reproduce and die – by other dynamics, less linear and capable of taking us to other states – composing, metabolize, absorb, proliferate, to rot, decompose, recompose? By adopting new words and learning from other forms of existence, new ways of thinking about life and acting.

the idea of proliferation, that runs through this edition, is partly due to the coexistence with the work of Daniel Lie at Casa do Povo, artist who has done other works in partnership with the institution in recent years. This time, The collaboration took place in interviews with personalities such as the Colombian queer ecologist Brigitte Baptiste, who addresses the idea of ​​diversity as a strategy present in nature as a survival of all species.. It is in this sense of proliferation and pulse of life that the pages of the OUR VOICE bring multiplicities in their most varied configurations.

Among the highlights of the new edition is the fictional text seven and a hand, by the artist Ana Raylander Mártis dos Anjos describes how in 1919 those killed by the Spanish Flu returned to life for a final Carnival parade with the survivors. Journalist and anthropologist Fábio Zuker follows the trail of a criminal fire in the forests and connects it to the Pirocene – a new geological era marked by the uncontrolled use of fire., who, behind fictions of control and progress, generates excessive accumulations and harmful forms of power.

Ruins and progress give way to ancestry in Marcelo Rocha’s text, The time is now, where the young activist looks at the relationship between black movements and the struggle for climate justice in an account that starts from his life experience. Marcelo Rocha is one of the young activists who sued the Brazilian government for “climate pedaling” in 2021, alleging a setback in the targets agreed by the Paris Agreement.

following the same thread, this time intertwining the anti-racist struggle with new technologies, Silvana Bahia, founder of PretaLab organization, recomposes her own life path – hers and that of the still few black women who work in new technologies and in the innovation market.

Another highlight of the edition is the unpublished translation of Isaac Bashevis Singer's speech translated from Yiddish to Portuguese by Gustavo Emos. The little-known text of the celebrated Jewish writer, was pronounced on the eve of receiving the Nobel Prize for Literature, in 1978. According to Singer himself, the award was given in recognition not only of his literary achievements, but also the Yiddish language, which he describes as “a language in exile, landless, borderless, that is not supported by any government; a language that has almost no words for weapons, ammunition, military exercises and practice; a language that was despised, both by Gentiles and by most emancipated Jews.”. The idea of ​​proliferation, and, materializes in a text that shows us the richness of a language considered dead and its extraordinary ability to amalgamate with other languages ​​in order to remain alive..

in the section Voices of Our Voice Breno Macedo and Raphael Piva count in Popular Gym: love of boxing, hatred of fascism the adaptation of the models of the popular academies they knew in Italy and their implementation of the anti-fascist boxing academy at Casa do Povo. The coaches continue the popular boxing tradition by training young athletes from the favelas of Bom Retiro. 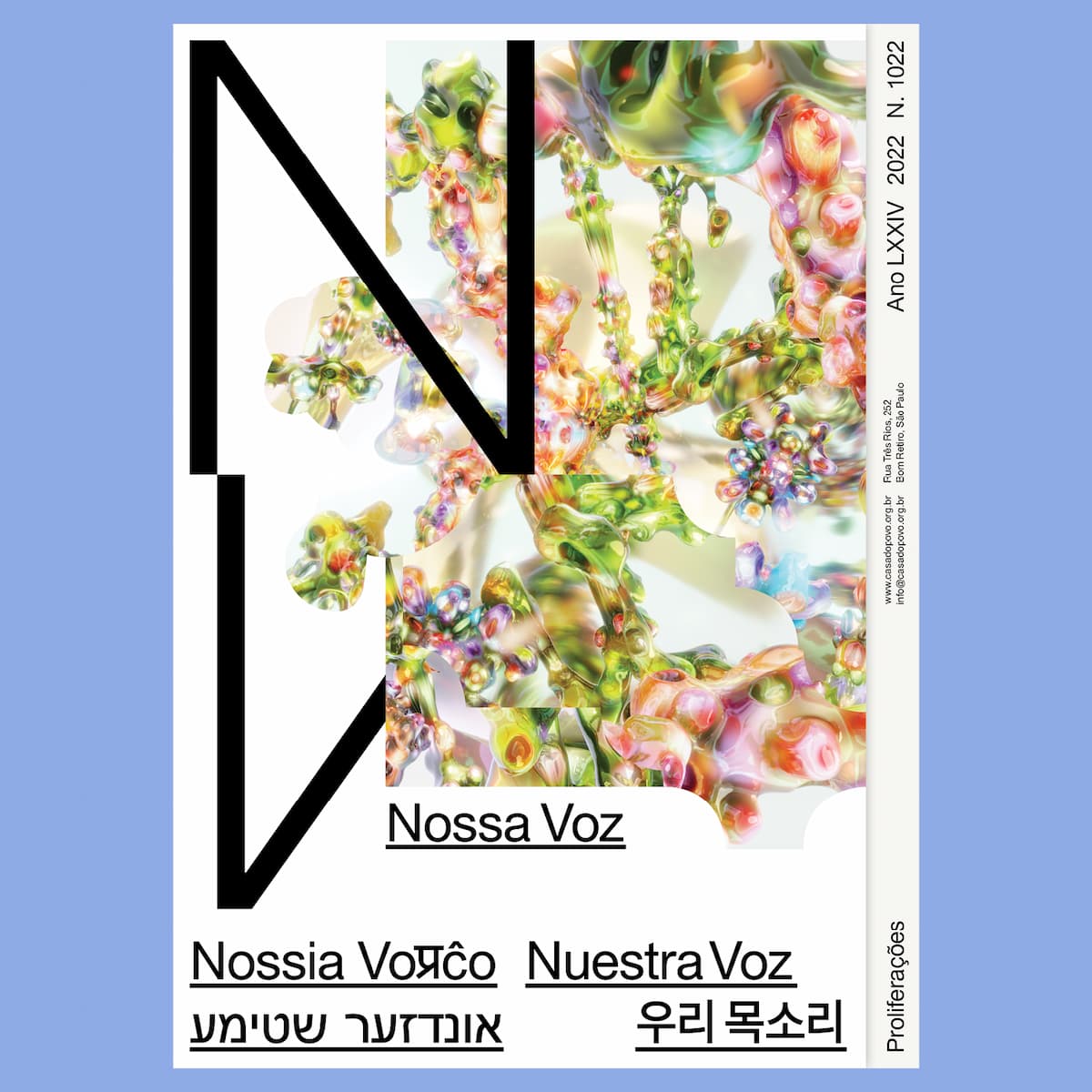 Free publication, that can be picked up at Casa do Povo from 5 th July 2022. It is also possible to collaborate with the institution through the recurring support program and receive the new edition at home: casadopovo.org.br

All editions published since 2014 then available on the Casa do Povo website: casadopovo.org.br/programacao/#nossa-voz. Editions of 1947 to 1964 are available in the National Library archive: memoria.bn.br.

The profile of Casa do Povo on Medium gathers some texts from the newspaper that are made available in formats to share on social networks: medium.com/nossa-voz.