Home / Art / Like, The beach takes The show Marchistas and promotes wellness activities in the Kiosk of the Globe 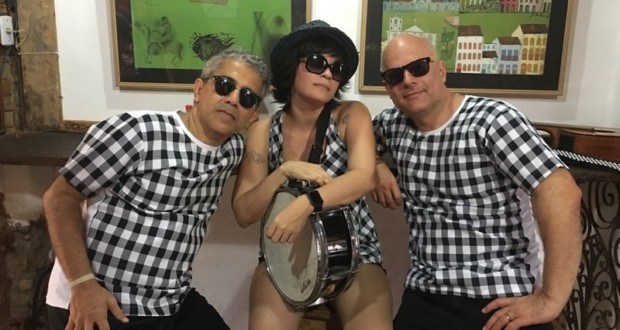 Like, The beach takes The show Marchistas and promotes wellness activities in the Kiosk of the Globe

Free project the network happens in the day 27 February, Saturday, from 9:00

The Short, The beach is going to invade once again Globe kiosk, in Copacabana, with a free programming that includes volleyball classes, footvolley, Football, Zumba, Wellness activities, like yoga and stretching, and sports actions with the Brazilian Olympic Confederations. The project happens on the day 27 February, Saturday, from 9:00, and leads to the public show of the trio The Marchistas.

In an atmosphere of revelry, the group composed of Tenison Del Rey, Thathi and Marcelo Quintanilha will present a repertoire with new songs and reinterpretations of marching, In addition to axe, Frevo, pop and rock to the rhythm of the old carnivals. Among the songs that promise to animate the public, "Pierrot Apaixado", "Aurora", "Alternative society" and "Rain, Sweat and Beer ".

The space will still offer the assistance of physiotherapists and amphibious chairs that facilitate the access to the sea and diving for the disabled. In addition, a coordinator of the Ecological Institute Aqualung will highlight the importance of a beach without dirt and invite the public to a joint effort of cleaning.

The museum was created in 2013, the Short, The beach is an initiative of the Globe, in partnership with Oi and Statius, offering free activities for the whole family in summer Rio. In the first edition, the project went through the Kiosk of the Globe (Copacabana), beaches of Flamengo, Bar and Icaraí and received eight artists in its traditional luau (Mano, Rufio, Your Brain, Gabriel Moura, Stradah Band, Mill, Red Trip and Gabby Moura).

11h-Class with the Brazilian Confederation of Beach Tennis

14h-Class with the Brazilian Golf Confederation