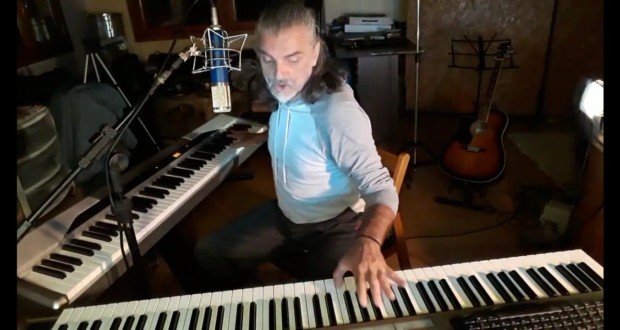 Hique Gomez shows compositions that are not known by the public. Photo: Disclosure.

Musician displays his eclecticism in this show with unprecedented repertoire

Hique Gomez opens your chest of compositions and shows, to keyboards, compositions that are not known to the audience at the show he presents the next day 24 of June, from 18h30min, broadcast on Facebook from Fine mixture (Check out the "Service"). The presentation was recorded in your studio.

Some poems by Mario Quintana set to music by the artist are part of the repertoire, in addition to versions of his best-known compositions, among them, a composition made during the pandemic called “I want to leave”, video clip part of the Sbørnia in Review project, that is not channel “A Sbornia vs. Atracka” on Youtube within the web series Sbørnia em Revista”. The concert by one of the icons of the State is part of the program of Mistura Fina in the week of the anniversary of the 163 years of Theatro São Pedro

Multi instrumentalist, arranger, composer and actor. Hique Gomez won the Açorianos Prize for his work as a whole and received the Porto Alegre Medal, granted by the City Hall, as recognition for their cultural contribution to the community. He is the creator of the musical show Tangos e Tragedies, with more than 30 years of fixed season at Theatro São Pedro, nationally and internationally recognized with several awards.

In 2002, debuted in the cinema as the main actor in the film The Party of Margarette, from Rio Grande do Sul director Renato Falcão, with sessions in New York, Porto Alegre and Sao Paulo. He also signed the soundtrack for the work. In 2014, year in which the Tangos e Tragedies show ended due to the passing of his stage companion, Nico Nicolaiewsky, was released in theaters Until Sbornia Separates Us, directed by Otto Guerra and Ennio Torresan.

In 2016, launched production A Sbornia Køntr’Atracka. In 2018, the concert A Ospa Vai a Sbørnia was performed at the Araújo Vianna Auditorium. In 2019, Hique Gomez debuted another concert, this time with Renato Borghetti and the Ulbra Chamber Orchestra, conducted by Tiago Flores, besides launching his autobiography: Beyond Sbornia. In 2020, launched the webseries Sbørnia em Revista, sponsored by Rio Grande Seguros.