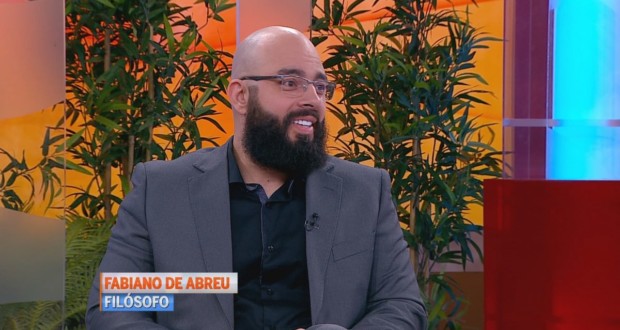 Abreu Fabiano is featured in the biggest program of Portugal hearing

The CM CM Morning TV Correio da Manhã group, most watched morning of the Portuguese TV program, the philosopher and Luso-Brazilian writer Fabiano de Abreu, talked to the presenters Maya and Nuno Eiró. Fabiano was invited to the show to talk about the fact that one of the highest IQ in the world and is today the Luso-Brazilian with the highest recorded IQ.

The philosopher argued that intelligence tests are applied in Portuguese schools and Brazilian, to be discovered and highlighted skills, gifts and talents of students from primary school: "I believe aptitude and intelligence tests should be applied in schools, how they are made in Switzerland and Germany, so that these talents can be identified and better utilized for the benefit of society ", He said.

Fabiano told the presenters who performed three different tests: the Mensa, a specific test IQ with neuropsychologists and intelligence test. The three pointed with above average intelligence, measured as 99% percentile, that is the maximum value of the scale, which positions between the 1% smarter world. Testing the position, the old scale, with IQs over 180: "Today Mensa and neuropsychologists work with the percentile, which is a way of measuring intelligence updated. My IQ is touted as 99% percentile, ranging from 180 to 220 in the old measurement scale ". With these results, Fabiano became a member of Mensa, an association of which are among the genii 2% higher IQ of the world population. 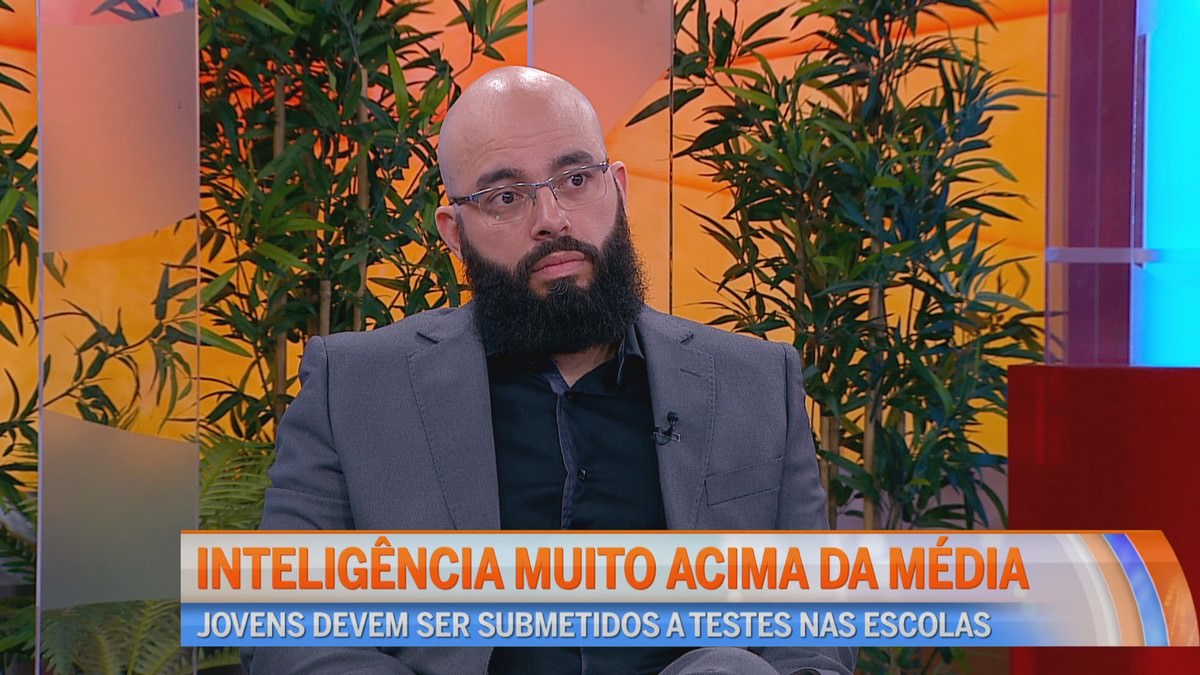 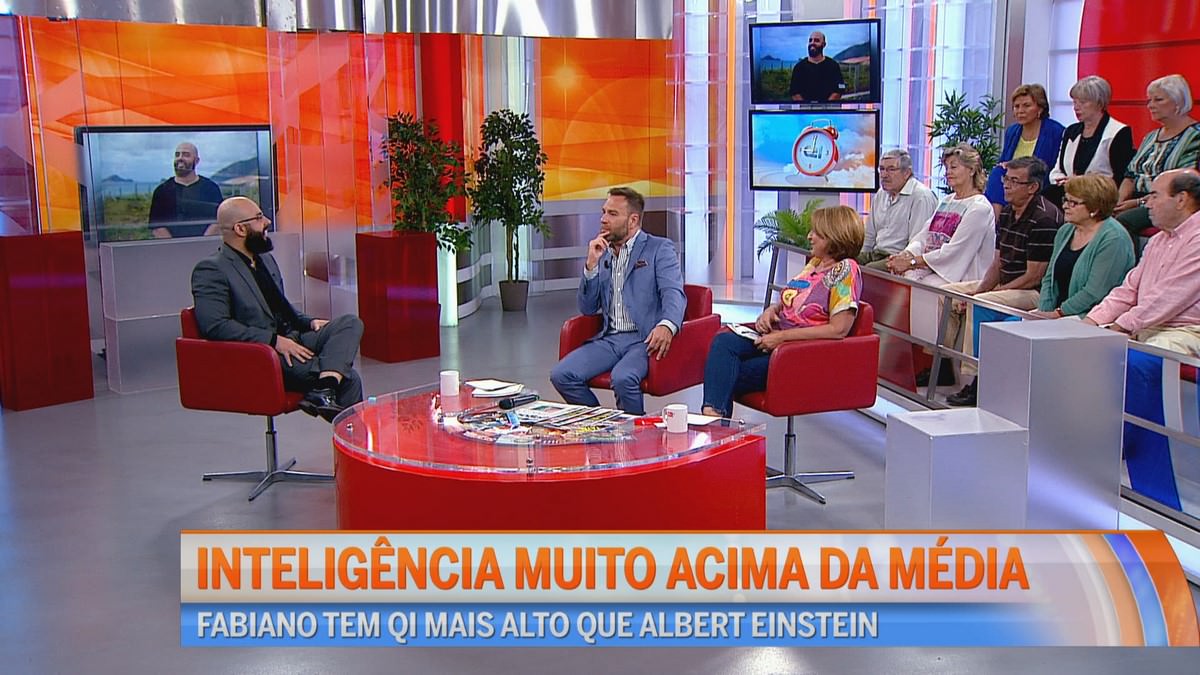 Fabiano also revealed the presenters as it became press secretary and recognized by journalists from different countries as a major creator of characters for the press: "Communication happened in my life. I worked with computer and lost everything and was outstanding with the crisis 2008 in the United States, but it was important to happen for me to be here in Portugal. In this difficult time of my life, friends to cheer me invited me to parties and paid my drinks, because I had no money, and there got to know artists and celebrities and relate to them. Then, naturally it happened the press office in my life, and later became a journalist and advisor to celebrities. This year, appointed by European journalists, North Americans, Brazilian and African, I received the prize as the greatest creator of characters in the international press ".

During the program, the philosopher also announced it will release her next book, called 'Philosophizing the press', which reveals his method that combines philosophy and cognitive to lift people to fame and create characters for the press. The book, written in journalistic chronic format starting from interviews with Fabiano by Hebert Neri, It is expected to launch later this year. In addition, the philosopher also intends to launch the second volume of his work "Living Can not Be So Bad" that will of sentences to the philosophical context. 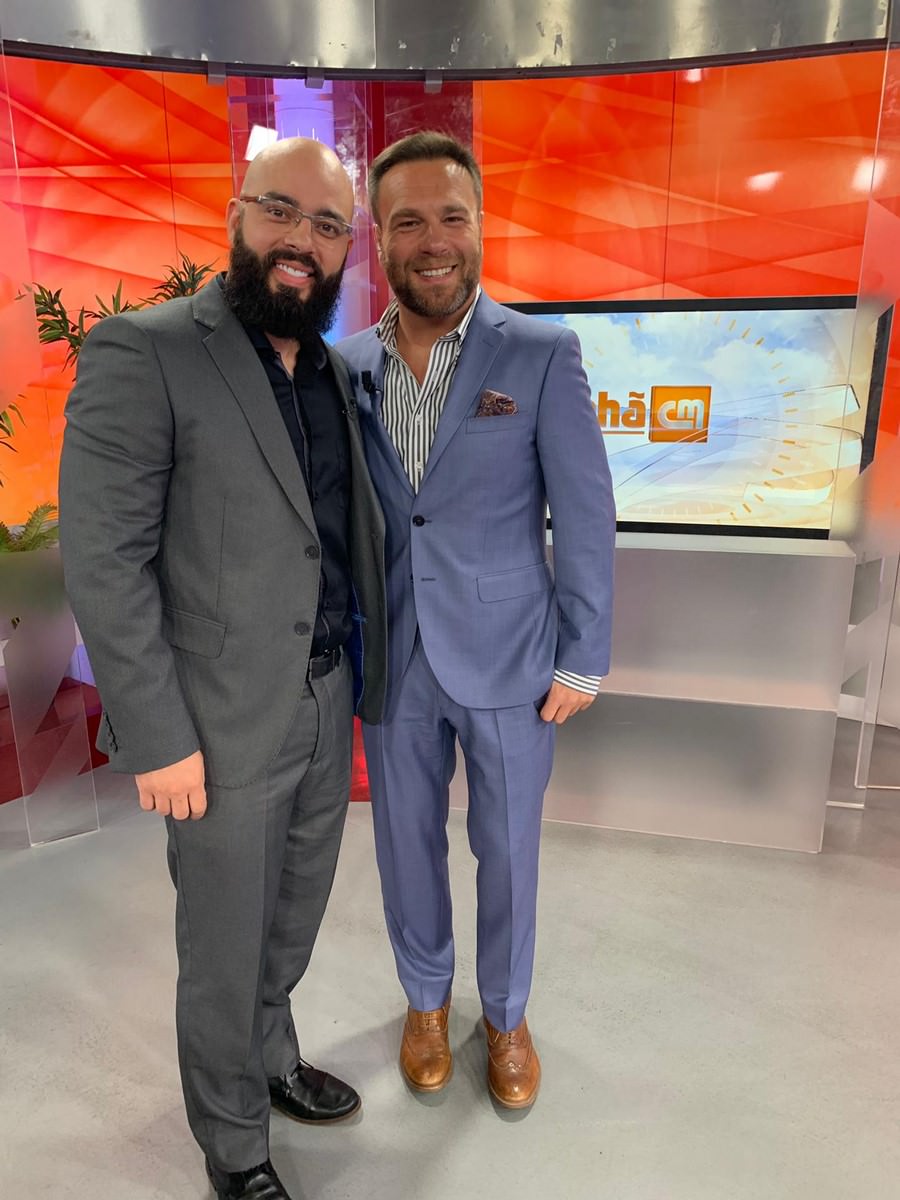 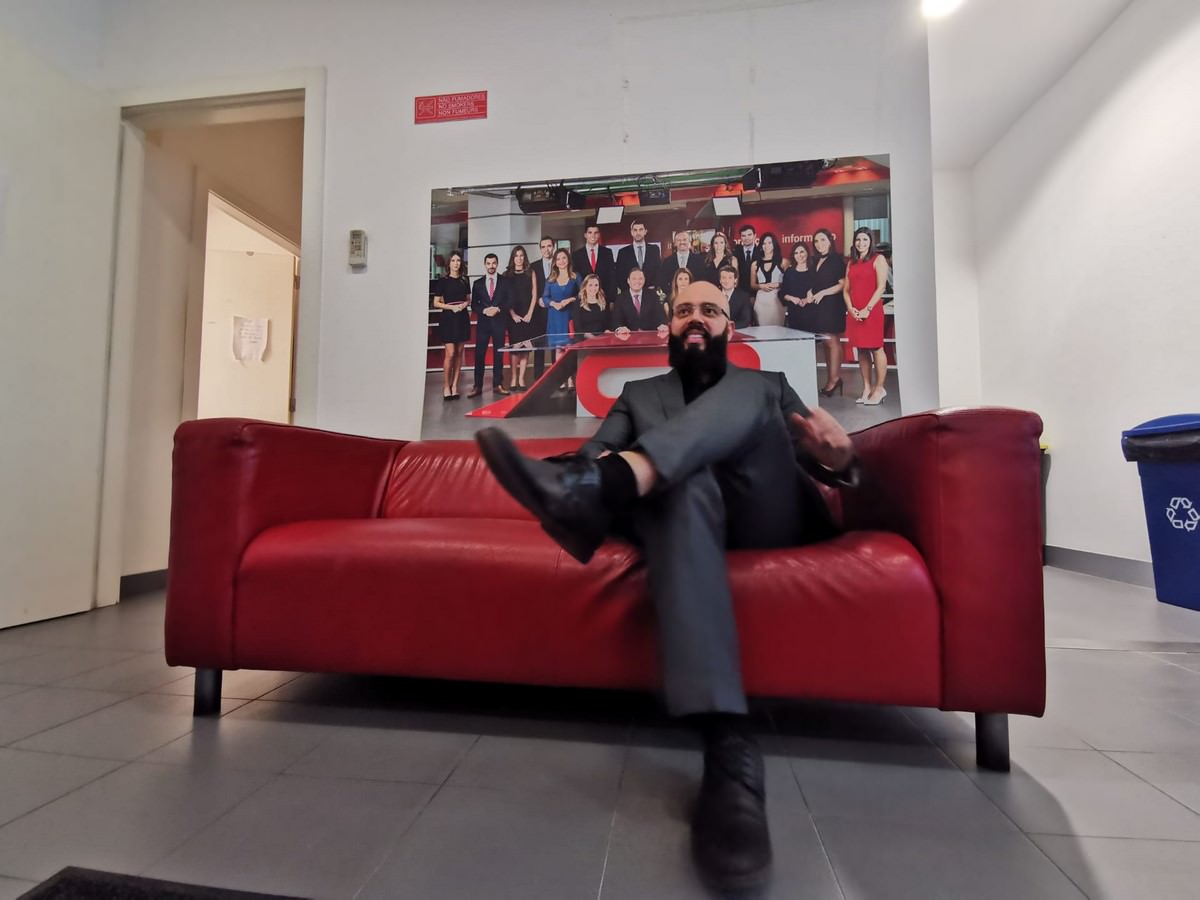 Watch the participation of Abreu Fabiano in the morning CM by accessing the link: www.cm-tv.pt/programas/entretenimento/manha-cm/detalhe/fabiano-de-abreu-tem-um-qi-superior-ao-de-einstein