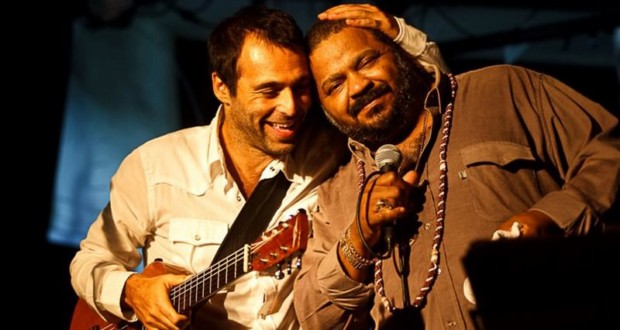 During the weekend of the 8th Hike in defense of religious freedom, the Globe, that supports
the event, contributes to the mobilization and proposes reflection around the theme

On 18 September, Friday, at 7:00 pm a special edition of the ' sea of Cultures '-Globe project bringing together experts for discussions of current topics in the station kiosk, in Copacabana – will have the premiere of the documentary Intolerance, produced by GloboNews. The film features stories of the principals involved in cases of religious intolerance in the country: Christians and practitioners of religions of African array. In the production, priests, pastors, mothers and fathers of Saint of Rio de Janeiro, Belo Horizonte and Salvador speak of his convictions and ways to a harmonious coexistence between religions in Brazil.

After displaying, the space gets invited to debate on the topic. The discussion meet Renata Baldi (Director of Rio de Jano and Intolerance), Marcelo Lins (Special Reporter and commentator of GloboNews), Babalawo Ivanir Santos (strategic advisor of the Joint Centre of marginalized populations and Interlocutor of the Commission to combat religious intolerance), André Chevitarese (PhD in Social Anthropology and associate professor of the Institute of history of UFRJ) and Lusmarina Fields (Pastor of the Evangelical Church of Lutheran confession in Brazil and President of the Council of Christian churches in the State of Rio de Janeiro). Victim of religious intolerance, the student Kayllane Fields, practitioner of Candomblé, also will participate in the conversation.

On Sunday, 20, at the end of the 8th Walk in defense of religious freedom, the Globe takes Arlindo Cruz and Mano to present, in an unprecedented show, songs on the disc In Vein, which will be released in October and will have appearances by Zeca Pagodinho, Marcelo D2, Maria Rita, Seu Jorge, Bebeto, Wilson das Neves, Luiz Melodia, Jorge Aragão and Xande pillars.

A film created by the communication Globe will make the invitation to the walk. The stones, they turned guns on recent events of religious intolerance in Brazil, win now a new sense. At the beginning of the work, are shown just hands, gathering stones along the way. On off, a voiceover reveals that Brazil is experiencing a moment of religious intolerance, with often fatal reactions. The need for change and the first step for it to happen is revealed with the real purpose of the stones collected: the construction of the word tolerance, the largest of all the weapons in the struggle for people to have freedom to choose their faith. That's the cue for the invitation to all people to participate in the actions carried out in partnership between Globe and the Commission to combat religious intolerance.

Previous: Cultural effervescence of Porto Alegre the years 80 playing at Cinematheque
Next: Founders of the Camerata Antiqua of Curitiba return to group headquarters