Home / Art / Registration for the Music Workshop start on Monday 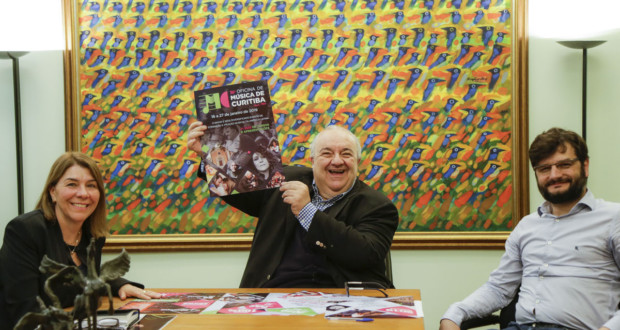 Mayor Rafael Greca, announces the opening of registration for the 36th Curitiba Music Workshop, which happens to 16 to 27 January 2019, next to the president of the Cultural Foundation, Ana Cristina de Castro, and executive director of the Curitiba Institute of Art and Culture, Marino Galvão Junior. Curitiba, 26/10/2018. Photo: Pedro Ribas/SMCS.

Registration for the Music Workshop start on Monday

The opening of entries for the 36th Curitiba Music Workshop, which happens to 16 to 27 January 2019, It was announced early on Friday (26/10) the mayor Rafael Greca. Registration opens on Monday (29/10) and go up 30 November the site www.oficinademusica.org.br.

More than two thousand positions to be filled in 103 courses in Classical categories, Old and Popular, for students of different levels of knowledge, from beginners to professionals. Also they will be offered free youth Children musicalizacion courses in the ten administrative districts of the city, the set design.

"We are opening registration for the Music Workshop keeping the tradition that the year starts with music in Curitiba. Are courses and shows that will spread through the parks and city squares, in the streets of citizenship, churches and theaters, celebrating this great cultural moment, because music repealing the nightmares of life ", said Greek.

The music workshop will have as main headquarters the Pontifical Catholic University of Paraná (PUCPR), but also activities will be offered in other spaces.

In this issue, It has maintained a partnership with the State University of Paraná (Unespar), which will issue the certificate of extension workshop participants from the University of Fine Arts of Paraná. 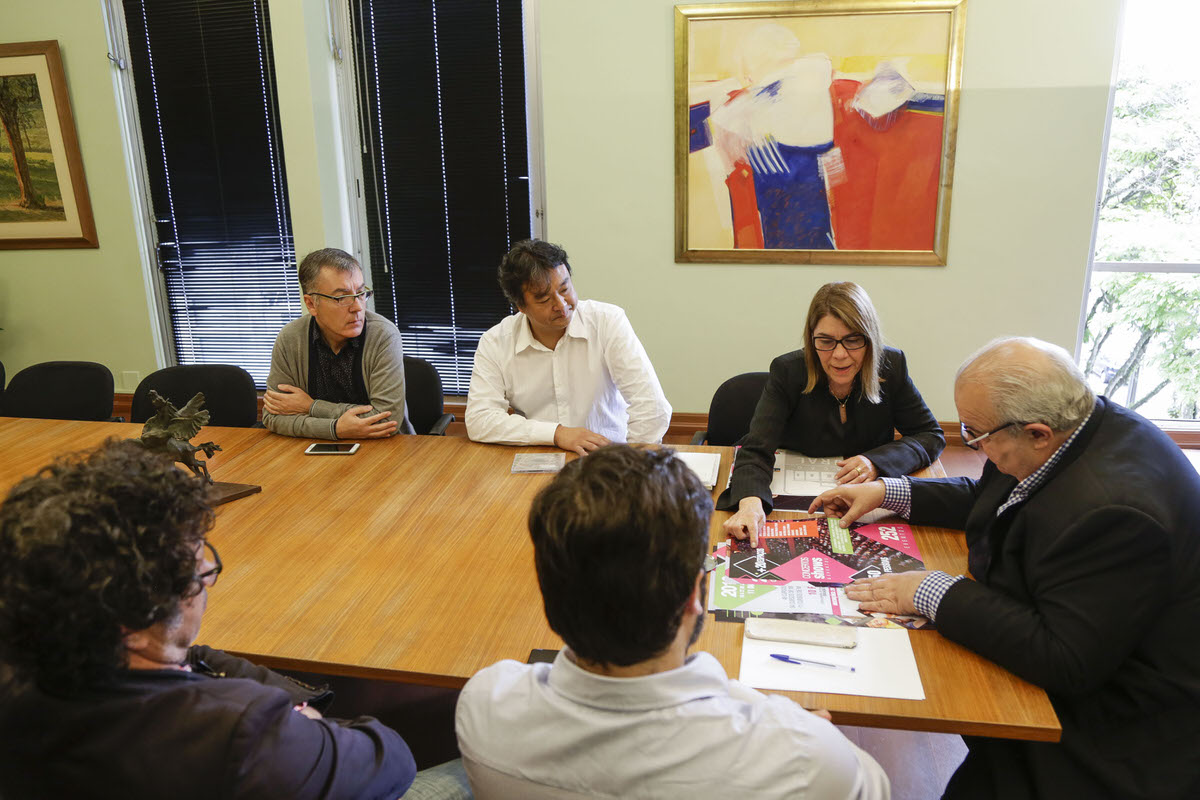 Mayor Rafael Greca, announces the opening of registration for the 36th Curitiba Music Workshop, which happens to 16 to 27 January 2019, next to the president of the Cultural Foundation, Ana Cristina de Castro, the directors of the Foundation, Bob Lanza and Marcelo Sutil, the executive director of the Curitiba Institute of Art and Culture, Marino Galvão Junior, and the artistic director of MPB Music Workshop, John Egashira. Curitiba, 26/10/2018. Photo: Pedro Ribas/SMCS.

The event will 93 teachers from all parts of Brazil and other countries to teach the 34 Classical courses, 11 the former stage, Ten set and 48 Brazilian Popular Music.

Early music module, under the direction of his career living in England Rodolfo Richter, come important musicians of the international scene, among them one of the greatest counter-tenors of his generation, English Michael Chance, besides the Dutch oboist Frank Bruine and English harpsichordist James Johnstone, among others.

In MPB module, under the artistic direction of John Egashira, They are provided for the artistic and pedagogical interests of the singer Fátima Guedes, the bassist Ney, the popular music of violinist Nicolas Krassik (unprecedented course).

The Music Workshop starts in 16 January at the Teatro Guaira, with a concert that blends the classical and popular music. For this edition, they are planned 65 concerts officers, beyond 40 the off-circuit. Maria Rita, Chico Brown, Pianorchestra, Jean Louis Steurman, André Midani, Michael Chance, Fátima Guedes, Rosa Passos, are some of the names of artists and teachers already confirmed for the workshop.

The Curitiba Music Workshop is organized by Cultural Foundation of Curitiba Curitiba and Art and Culture Institute and has direct sponsorship of the Caixa Econômica Federal and Copel, through the Program for Support and Promotion of Culture (Profice), Paraná State Government. Lend Master da PUC-PR, Guaíra Theater and the School of Music and Fine Arts UNESPA.

They participated in the launch the President of the Curitiba Cultural Foundation, Ana Cristina Castro, and Bob Lanza directors (Cultural action) and Marcelo Sutil (Heritage), the executive director of the Curitiba Institute of Art and Culture, Marino Galvão Junior, and the artistic director of MPB Music Workshop, John Egashira.