Home / Art / Inspired by Ingmar Bergman, the immersive play ‘As Words from Our House’ gets an online version and quite different on the Zoom platform 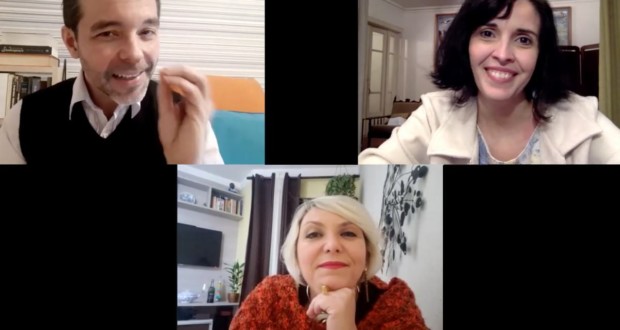 Inspired by Ingmar Bergman, the immersive play ‘As Words from Our House’ gets an online version and quite different on the Zoom platform

Adriana House direction, the show of the Immersion Theater Nucleus made a season at Casa das Rosas with all the sessions full. Virtual season opens on the day 18 July

Public success at Casa das Rosas, the immersive show “Words of Our House ", of the Center Theater Immersion, had its season interrupted due to the Covid-19 pandemic. Therefore, the group decided to revive the text and explore the resources offered by the internet to create an online version and very different from the piece. The digital season takes place on the Zoom platform between days 18 of July and 30 August, with sessions on Saturdays, at 9:00 pm, and on Sundays, at 8:0 pm. Tickets cost R $ 20.

With the proposal to create an experience that was as immersive as possible for those who attend the conference platform Zoom, some changes were made to the plot: the story, that was previously set in the 1960, happened to be situated these days; the costume also gained contemporary air; and the new coronavirus pandemic became part of the narrative.

In the plot, the spectator follows a virtual meeting at Zoom itself between the famous lyric singer Charlote (played by actress Gizelle Menon), your only daughter Eva (Adriana House) and his son-in-law Victor (Glau Gurgel). The two have not seen each other for a long time and hold many sorrows from the past, like the fact that Eva had to deal with the loss of her only child without the support of Charlote, who tried to manage the demands of his international career.

Charlote lives in the bustling metropolis São Paulo (SP), while Eva opted for a more peaceful life and went to live with her elder pastor husband Victor in Garanhuns (PE). How Victor had contact with someone who contracted Covid-19 in his parish, he and Eva share different screens - as she moves around the apartment, he accesses the office conference, where the quarantine passes.

To rescue the noble feelings that still exist between them, mother and daughter need to face all their wounds, and, this process, just uttering strong language, that, possibly, repent. Sensitive assembly seeks immediate identification with the viewer, when dealing with themes like love, recoveries and expectations in parenting, the generation differences, the lack of communication in relationships, the hope and new beginnings after deep pains and fears brought about by the pandemic, in an approach of situations and conflicts similar to those we've all experienced or witnessed.

The immersive character of the montage takes on other shapes via Zoom. While, at Casa das Rosas, spectators entered the house of Eva and Victor and walked through its various rooms, now, in the virtual version of the show, the audience enters the family videoconference, closely following this virtual meeting and having the opportunity to get to know different environments in Eva's houses, Victor e Charlote.

"The Words of Our Home" is the second show of the Center Theater Immersion. After the session, the group continues on Zoom for a chat with viewers. The first part of the group, "Tio Ivan", won the applause Brazil 2018 in the category Best Group Show by popular vote. 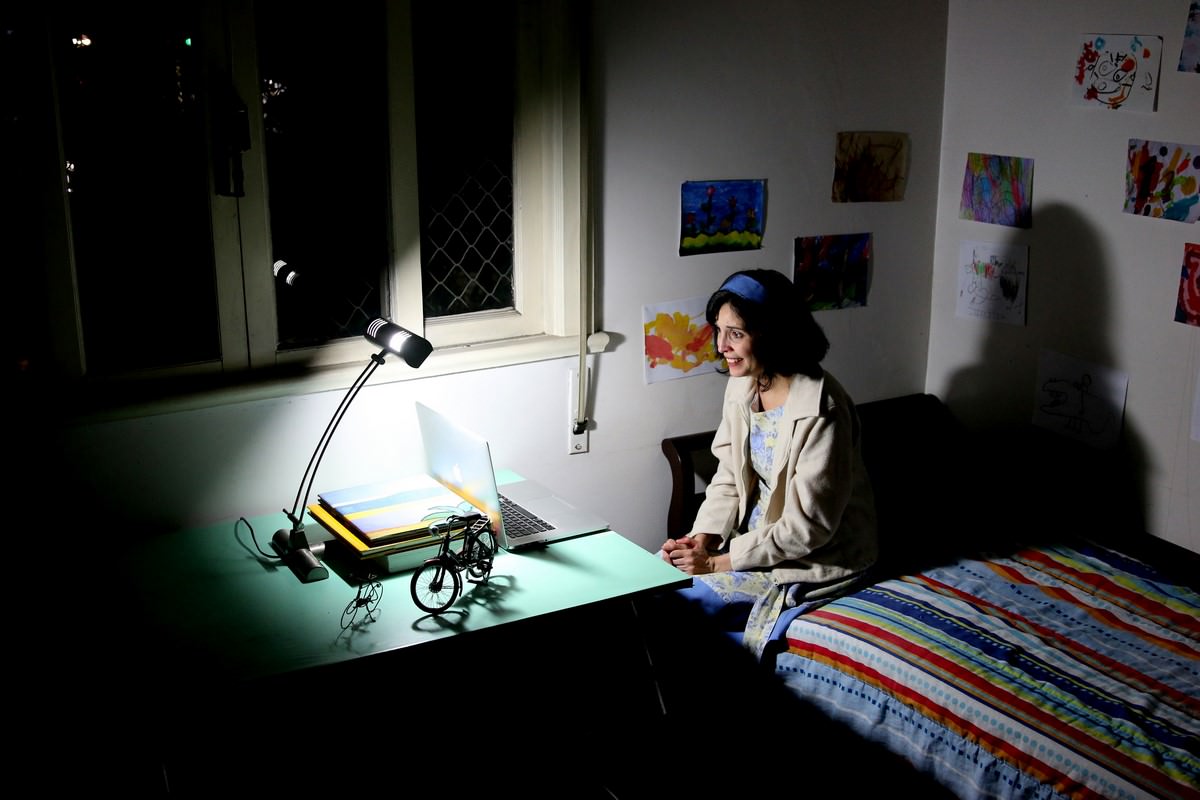 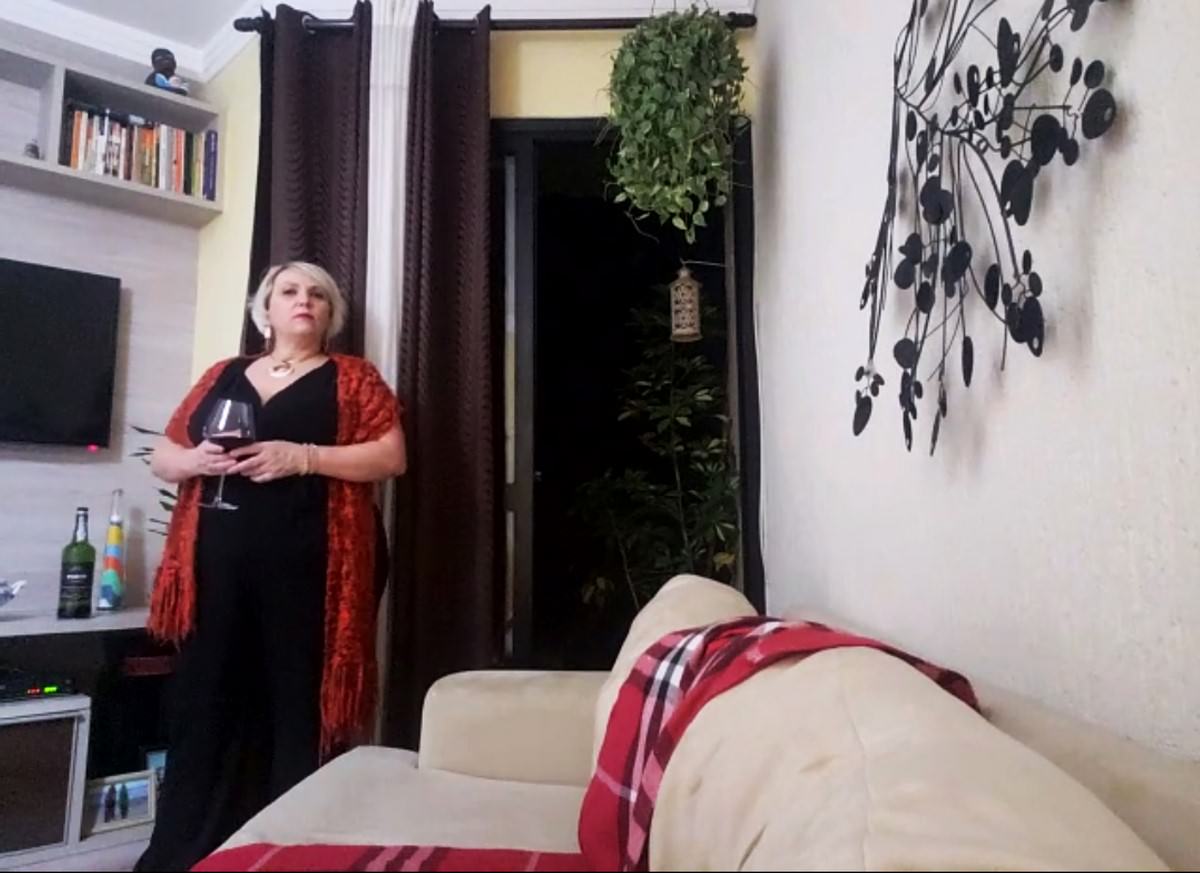 About the Center Theater Immersion

The museum was created in 2014, the Immersion Theater Center is focused on the study, the education, research and assembly shows that propose new relationships between actor and spectator, when entering the public in the space of representation, in the middle of the scene represented. The group's first job is “Uncle Ivan” (2017-2019), an immersive adaptation to the text "Uncle Vania", Russian writer Anton Chekhov (1860-1904). The piece has been presented at Casa das Rosas and Cultural Workshop Oswald de Andrade. "The Words of Our House", freely inspired by the work of Ingmar Bergman, Spectacle is the second group, which had all sold out tickets at Casa das Rosas between January and March of 2020.

During quarantine, a famous lyrical singer meets her daughter and son-in-law through a videoconference application. at the meeting, the hurts are revealed, the love and losses that unite and separate the family. Immersive virtual show inspired by works by Ingmar Bergman and set in current times.

Text: Adriana House and Glau Gurgel, inspired by the work of Ingmar Bergman

Previous: Ruiy Moura - “Art, my life, my ar”, by Edmundo Cavalcanti
Next: Imovision promotes a special live with Bárbara Paz to launch the Documentary MULHER on digital platforms