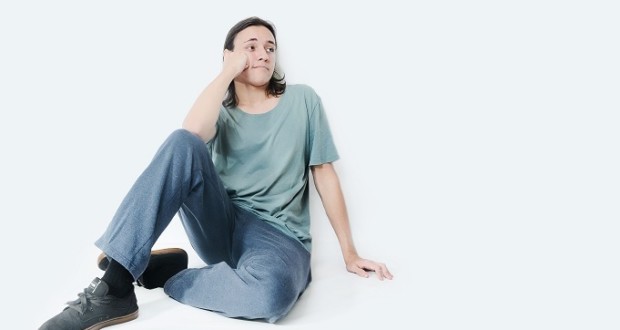 Theo da Paz Herrmann has 15 years and is in the third volume of its series. FotoTina Fon. Photo: Disclosure.

William & Mel, characters created by Theo da Paz Herrmann, live new adventures in another volume of the collection, that gets launched on digital platforms

They arose in the author's pre-adolescence. Now, the characters, William & Mel, arrive the teenage years, toso as its creator. The next day 17 April, Saturday, to 20 hours, the official launch of “William & Mel“, volume 3, of the young author's comic series, Theo da Paz Herrmann. The event takes place remotely through the Mottironi Editore channel on Youtube and Facebook. At launch, a video produced by Tommaso Mottironi and the author will be shown, in which the graphic design process is presented.

Today, at the age of 15 years, Theo Herrmann is responsible for a unique graphic production. The series produced by him allows an interesting monitoring of the graphic evolution and the narratives of each edition. It is a curious opportunity to observe how the gradual conquest of new graphic solutions and the plot takes place. The most striking of all is that the central characters in the plots written and illustrated by Theo are their own age, and are moving towards adulthood, with him. The publication has its universe focused on the school environment, of which the duo of friends stand out, William e Mel, involved together with your friends, in tense adventures and funny situations.

Theo Hermann's debut in the comic book universe took place in 2019, when he completed the first volume of “William & Mel”. On occasion, the book was launched in Torres, at the Ten Caten Cultural Space, and in Porto Alegre, na ArteLoja da Casa de Cultura Mario Quintana. Still 2019, at the end of the year, launched the second volume of the series, at the Torres and Porto Alegre book fairs.

“William & Mel” is edited by Mottironi Editore, by Torres, with executive production by visual artist Jorge Herrmann, author's father. Can be purchased in Torres, in Super Bookstores, Atlantic and Gradient; in Porto Alegre, na ArteLoja da Casa de Cultura Mario Quintana, or directly through whatsap (51) 99240.7038. The three volumes in the series can also be purchased digitally on the Amazon platform.

Over three volumes, the characters created by Theo da Paz Herrmann were changing, em sua forma e em sua psicologia. O jovem autor analisa a evolução visual dos personagens ao longo destas três publicações: – the change came about because of my knowledge of drawing, that started to evolve better over time. The visual issue has also changed a little because of the age of the characters, that in volume 1 had 12 years, and in the third they already have 13. And they will evolve over time, as well as in volume 4, what i'm doing, where they already have 14 years, explains.

According to Theo, the question of the evolution of the characters, itself, is another point of deepening, in the motives of his way of acting and even in the change of personality, creating and evolving friendships. – No volume 1, are the two protagonists getting to know each other and creating a bond; no volume 2, they develop feelings better in certain parts; the volume 3 is, basically, the creation of new friendships and the emergence of the main group, that constitutes the two protagonists and two other characters; and, also, no volume 4, that I intend to focus on the novel. Basically, there is a lot to explore about character evolution, that can make them very human, even though they are all animals, hehe…

The fourth volume of the series is already 19 pages, and, at least, will have twice that, he assures. – What fans can expect from the fourth volume? I would say that the entry into the world of romance by some characters, and, including, some dangers that this can bring, anuncia.

In parallel, young Herrmann is launching another digital project, “Marble Creatures”, that has been publishing, weekly, on a comic book reading site, for free. The story stars young Eleanor Watters, who lives in a fictional city in England, in the century 19. She is the daughter of a farmer, who is suddenly murdered and the family starts to have financial problems. As if it were not enough, a mysterious flash hits Eleanor and she discovers that she has strange power. Marble Creatures is a project inspired by Japanese comics, with a climate of action and mystery. To find out more, visit: m.webtoons.com/en/challenge/marble-creatures/list?title_no=618532&webtoon-platform-redirect=true