Milton Machado lança, on Monday, às 18h30, auditorium on the 4th floor of the Rio-CCBBs Book HEAD, which shows the trajectory of the artist through his major works, historical texts, critical and analytical, and an unpublished essay by critic and researcher Guilherme Bueno. A discussion with the artist and psychoanalyst, teacher and writer Tania Rivera precedes the autographs. Among the authors in the book are the curator Agnaldo Farias, the writer Adolfo Montejo Navas and critics Wilson and Frederico Morais Coutinho.

The exhibition that bears the same name of the book occupies the second floor of the rotunda and the CCBBs-RIO and is set in the institution until 29 September.

The trajectory of artist Milton Machado through his major works, historical texts, critical and analytical, and an unpublished essay by Guilherme Bueno.

HEAD is the title of the book and retrospective exhibition of 45 years of work by artist, showing in CCBBs Rio, until 29 September. The exhibition Head brings together more than 100 works - including drawings, paintings, photographs, videos and sculptures - produced between 1969 and 2014, many of them unpublished. The book deepens this trajectory and includes works that are not part of the exhibition, along with pictures of the mounting CCBBs Rio.

A bilingual edition (Portuguese-English), with 256 pages, offers the reader an overview of the work of Milton Machado. Organized chronologically, presents important texts and critical essays published in newspapers, magazines and exhibition catalogs, plus unpublished texts by Milton Machado and critical Guilherme Bueno. Editing, sponsored by Municipality of the City of Rio de Janeiro and Secretaria Municipal de Cultura, is illustrated with images of the artist's major works - drawings, sculptures, objects, videos, photographs. Among the authors in the book are the curator Agnaldo Farias, the writer Adolfo Montejo Navas and critics Wilson and Frederico Morais Coutinho.

The editorial project is the artist himself, with graphic design Rara and Ana Dias Carneiro. The book contains references to the artist's work, offering the opportunity to revisit these 45 years work, presenting little-known works, some unpublished and many other consecrated. “Production Milton, one of the richest in contemporary art, guard the particularity of moving not only between different languages, but also in the different conceptions that shaped the art of the last decades. However, she is the opposite of any kind of 'eclecticism', it is not resigned to a simple collage or citing references from art history, but to interpret them, subvertê-las, reativá-las, reinvent them, incorporate many of your questions and answers, to question our understanding of art and what it hopefully today”, Well said Guilherme.

Against layer and layer, Book Head

The retrospective Head gives the public the opportunity to learn - through the eyes of the artist himself, signing and curating the expográfico project - a selection of works belonging to different collections, now gathered.

The exhibition occupies four rooms on the second floor of the rotunda and CCBBs, where is installed the sculpture site-specific Destruction Module Crossed by Nomad, of the work-in-progress History of the Future, begun in 1978. Also on roundabout, new version of the sculptures Heavy Metal, from 1986, and HI-FI, from 1987 (19ª Bienal de São Paulo), mapotecas a stack of steel tubular structures on.

The first room includes drawings of years 1970 and 1980, series of drawings Conspiracy Architecture - As such For a Fictitious Town Invaded Sea Real Ignorance, Real City on Fire and Hotel Tropical na Baía de Guanabara - Recent designs as well as, produced in the last three years, and installation 21 Forms of Amnesia, from 1989, one of the most important works of the artist's production.

The second room together sculptures, paintings, objects and designs of different eras. Among the highlights, the sculpture Semaphore, exposed at the 19th Bienal de São Paulo, in 1987.

In the third room photos and videos are shown, from various eras. Among the most recent, as inéditas Michelangelo com Faróis (New York, 2010) and Two Weddings (San Francisco, 2012), produced especially for the exhibition at CCBBs.

The fourth room receives History of the Future, with drawings, photographs, preliminary studies, book and video. Unprecedented in Rio de Janeiro, was first shown in Gibellina, Italy, in 1990, and, no Brasil, at the 29th Bienal de São Paulo, in 2010. 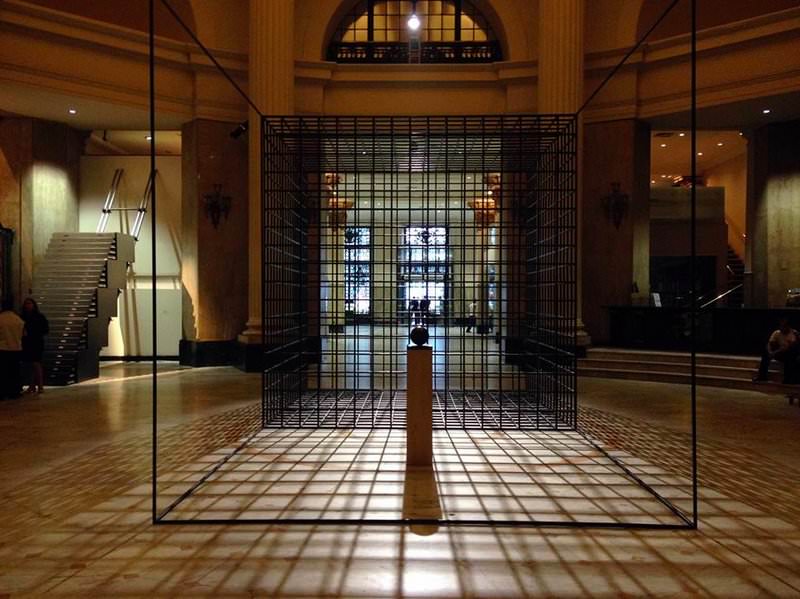 Carioca, 67 years, is an architect by FAU / UFRJ (1970), Master in Urban Planning at IPPUR / UFRJ (1985) and Ph.D. in Visual Arts by Goldsmiths College University of London (2000). Held 26 individual exposures, participated in relevant collective, in Brazil and abroad, such as panorama, no MAM São Paulo (he received the award for drawing 1991); as 10ª, 19Th and 29th editions of the Biennial; the 7th Mercosul Biennial; Europalia, Brussels; Imagine Brazil, em Oslo e Lyon, among dozens of other. Has work in collections emblematic of Brazilian and Latin American art, such as Gilberto Chateaubriand / MAM-RJ, João Sattamini /MAC-Niterói, MALI / Lima, Peru, ESCALA / Colchester-UK e Daros Latinamerica / Zurich-Switzerland. Has published texts in books, journals, newspapers and on the internet. He is an associate professor in the Department of History and Theory of Art and PPGAV-Graduate Program in Visual Arts, School of Fine Arts EBA / UFRJ. Is dedicated to the study and practice of amateur music, is writer, poet, lecturer and researcher. Milton Machado is represented by Galeria Nara Roesler. 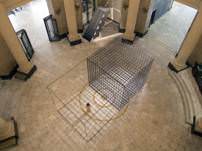 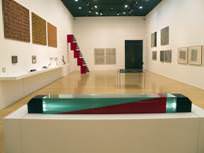 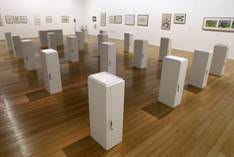 Previous: Pororoca – A Amazônia no MAR by Adriane Constante
Next: “Love of art and skateboard” by Edmundo Cavalcanti