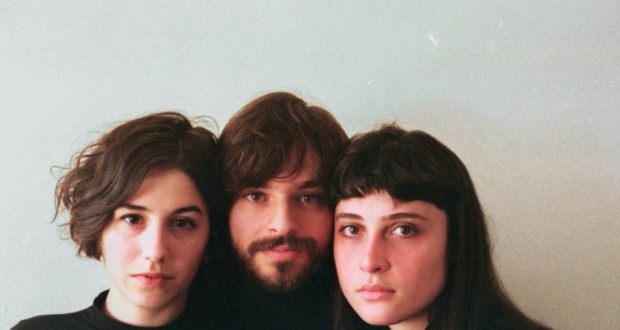 September/2021 – the feature “The Massachusetts Birds”, debut in the direction of Bruno de Oliveira, is already available on the platform Amazon prime. for three days of winter, Fernanda (Fernanda Detoni), Bruno (Bruno de Oliveira) and Sofia (Sofia Nobrega) meet on the streets of Porto Alegre. The occasional entanglement in life takes the three young people from 20 and a few years to discover more about each one. Unpublished commercial circuit, the movie premiered at the Gramado Film Festival in 2019. The production is from B25 with distribution of Elo Company.

With a minimalist narrative, marked by silences, textures and many details spread throughout the story, Bruno de Oliveira build the universe of your characters. recorded in 20 daily, distributed over four months of 2018 in the state capital, the feature film is a low-budget production made among friends. “We had a lot of fun making the movie., hanging around, laughing”, relembra o diretor e ator. “And we did it without knowing how it would all fit together to tell the story, which is actually a tour of Porto Alegre and the lives of the three characters”, resume.

to the director, the capital sets the tone for the movie. “It's the city I was born in, I grew up and it would be nice if it were more represented in the audiovisual so that people from here or elsewhere could have an idea of ​​what an atmosphere in Porto Alegre would be like.”, explains the director. The script was born without dialogues, that were built over the course of filming with a cast of non-actors. Part of the narrative was also built in the editing, signed by Leonardo Michelon. The director also highlights the composer's original soundtrack Felipe Rotta, that packs the comings and goings of characters with electronic beats, Japanese-inspired arrangements and the use of banjo.

A solitary walk or an escorted walk through the park, the simple trip to a snack bar, trivial conversations, everyday life and the natural construction of relationships are among the images that the director captures in detail. In the plot, Sofia has just passed a master's degree in the USA. She befriends Fernanda who works as a seamstress. Together they meet the photographer Bruno at a party. The filmmaker cites the cinema of Robert Bresson, Eric Rohmer and Hong Sang-Soo as some of the big influences on “The Massachusetts Birds”.

Word from the specialized critic:

“Everything that seems random or casual in ‘The birds of Massachusetts’ (2019) in fact, it reveals a rigorous and remarkable mastery of cinematographic narrative by director Bruno de Oliveira. The facts of the plot follow each other in a fluid way, bordering on the spontaneous, but what really gives this impression of lightness is the precise staging engendered by the filmmaker (…) in a general context, one of the most curious revelations of Rio Grande do Sul cinema in recent years.” André Kleinert (Anti-Cinema Tips).

Born in Porto Alegre (RS), Bruno de Oliveira (27) is an actor, producer, director and screenwriter. Directed several shorts, such as “Antonio's Anthology” (exhibited at Tiradentes Film Festival in 2017) and “apples on fire” (screened at the Gramado Festival in 2018). Your credits include the feature films “The Massachusetts Birds” and “Ten-Love”, released at the Gramado Festival in 2019 and 2020, respectively. Now prepare your next feature, “Dog Never Raised: Unpublished dog”. He studied Economics at UFRGS and Cinema and Audiovisual at UFPel.