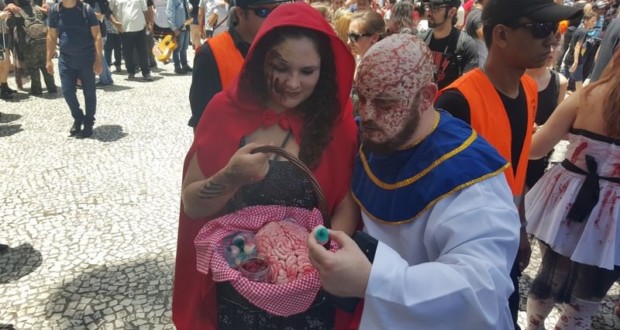 This Sunday (07), happened another edition of the Zombie Walk Curitiba. And this time, around 20 1000 undead, “survivors” and armed hunters joined the pop culture figures (many in version "desmorto") to show that the "Zombie Apocalypse" is already part of the Carnival Curitiba.

In its seventh edition, the March had concentration on Damn Mouth around noon. Once again the March featured trios and the organizers, In addition to the usual exhibition of costumes and makeup of the participants, promoted the most horrible zombie scream contest, Miss Zombie Curitiba, and even a zombie wedding.

“It is a joy too large view the event crescimeto, that each year attracts more people, becoming a genuine manifestation of the city "Caranaval, evaluates Flavia Nogueira, the Zombie Walk Curitiba, It organizes and carries out event. For the third consecutive year, the Cultural Foundation of Curitiba was supportive of the March.

The walk started the 15TH Street at around 1430h and made his first stop in front of the City Hall. After crossing the square 19 December, the group followed by Cândido de Abreu and concentrated on our Lady of Square Salete, in front of the Government Palace. The party had five bands, among them the Radio Body and O.r. 's Chaos. 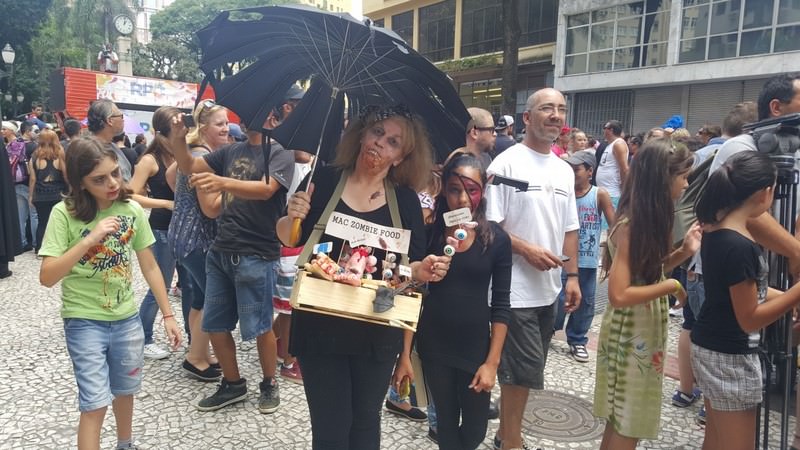 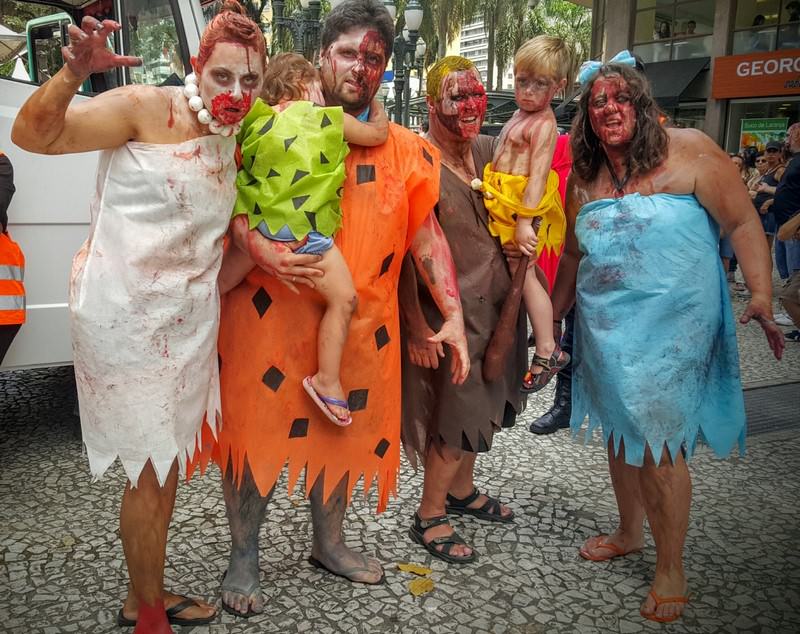 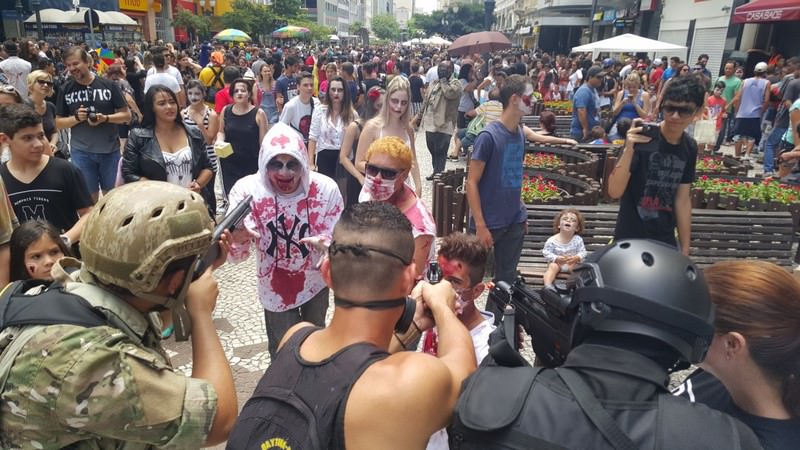 Sandy Camargo dos Santos participated in the Zombie Walk for the second year together with the family. The daughter of 2 years was last year, little one, and now have fun with rubber hand “bloody”. “We come because it's fun to walk around and see the personal costume. Make your own costume, thinking about her and get ready is one of the most fun parts”, says father. Giovana Matos already comes from Columbus and participates with the family for various editions. “Is the event that mark our family, We likes alternative, more rock 'n roll”, says.

His friends William Ricardo dos Santos and Jean Muksen says that the fantasy was thought two days before the event, but still they called a lot of attention.”Is an alternative to normal Carnival. And then we go to the usually Rock Curitiba Carnival”, Ricardo says. Already Jean explains says the meeting is fun just for making a counterpoint of what happens in other cities. “Always everything colorful, everybody jumping. Not here, Here we are acting, We're more zombies same”, toys.

Adriana Rugenski took the whole family for fun in the Zombie Walk. The son, the husband, the nephew and his brothers have teamed up to get dressed and prepare the costumes. “We don't travel to the coast because didn't we enjoyed that kind of fun. Then my son, who is in love with zombies, began participating in, and we started to come together. Now the whole family comes”, the firm.