Tuesday (16), às 10h, o Museu de Arte do Rio – MAR opens the exhibition Museu do Homem do Nordeste. Artist design Jonathas de Andrade, the show questions the male stereotype of the northeastern man and the role of institutions in creating this image. To mark the opening, at 18h, the artist participates chat with the public. 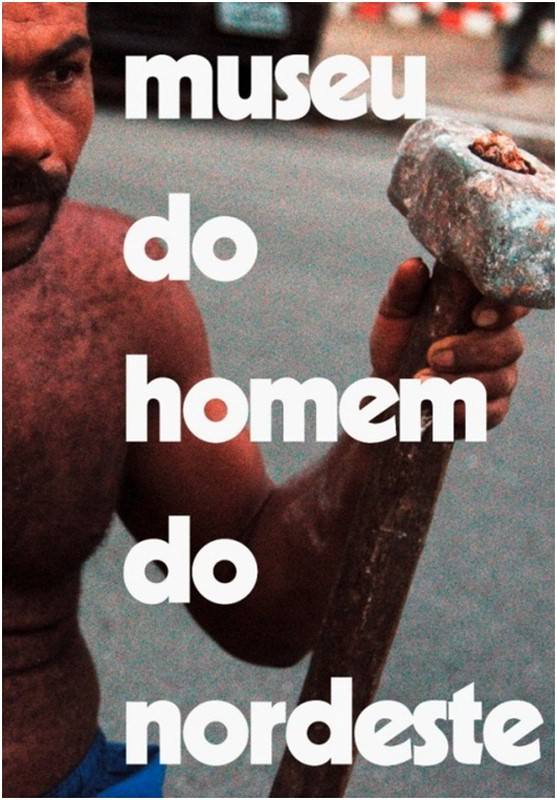 Museu do Homem do Nordeste

The Rio Art Museum - SEA presents the exhibition Museu do Homem do Nordeste, double the homonymous institution, located in Recife and founded in the years 70, whose social and anthropological intentions are looted and repositioned by artist Jonathan de Andrade. The work, relations between classes, sexuality, the city and the history are among the topics of interest of the northeastern museum, and the project set in the SEA promotes an analytical reading of the role of museum institutions in the production of subjectivities of their respective contexts.

In this exhibition, the artist - Alagoas living in Recife - gathers 18 their works (many of them unpublished, specially designed for the show) and 74 pieces of the collection Nabuco Foundation (part of the collections of the Brazilian History Studies Center - Cehibra and Northeastern Man Museum), of Gilberto Freyre and Lula Cardoso Ayres Institute Foundation. Are facilities, videos, photographs, paintings, graffiti, objects and documents, Articulated, tighten the masculinity stereotypes and other preconceived ideas usually linked to the region that was the birthplace of Portuguese colonization in Brazil.

“The interest of Jonathan de Andrade for reasons of history and present experience of the city where you live, Recife, the region that geopolitically limited - the Northeast - and, widely, by Brazil, can confuse the possible readings of his work. The recurrence of certain socio-political topics that cut across these contexts can make it appear that the artist has the 'local' theme, while the most significant effort of his work revolves around the 'method' - the ways of relating, organize and establish meaning and value that are culturally constructed and practiced. More exciting than the theming of the place, attention to the ways that from there is up - and, it could, are recreated - runs several projects Artist, contextualizing and developing unique strategies.” said Clarissa Diniz, that with Paul Herkenhoff signs the exhibition Curator.

Criticism of the stereotype is evident in works such as the installation Posters for Northeastern Man Museum, which started from weekly published ads to classifieds of a popular newspaper of Recife, between 2012 and 2013. The call was directed to interested workers to pose the way you imagined representing the region. Each encounter was documented in notes and six of them are part of the work, composed of 77 posters that vary according to the atmosphere of each conversation - in a construction of identity based on an ambivalent relationship, cannibalistic and eroticizing.

To Herkenhoff, Jonathan de Andrade moves with a rare critical sense, political and intellectual. “His work agency history as self emancipation. It symbolizes the relationship distrust of his contemporaries in the formal democracy and, however, assumes the defense of the value of equality. Jonathan leads the urban wanderings of modernity and the desire of architecture, exposing ideological games between the state and hegemonic interests of capital”, says the curator.

The exhibition invites the public to experience a different experience. The project expográfico, developed to awaken the visitor the feeling of seeing a museum inside another, strip the works of the wall and put them in a furniture specially created for the show. Museu do Homem do Nordeste fully occupies the first floor of the institution and runs until 22 March 2015, integrating SEA curatorial project that aims to make room for artists who live and have their production focused outside the Rio-São Paulo.

The MAR is a space dedicated to art and visual culture. Installed in Praca Maua, occupies two adjacent buildings: an older, lying and eclectic style, which houses the exhibition hall; another younger, Modernist, Look where the school's work. The architectural design unites the two buildings with a fluid concrete cover, which refers to a wave - a trademark of the Museum -, and a ramp, where visitors come to the exhibition spaces.

O MAR, an initiative of City of Rio in partnership with Roberto Marinho Foundation, have activities that involve collecting, registration, search, preservation and return of cultural property to the community. Proactive support space education and culture, the Museum was born with a school - the School Look -, whose proposal is innovative museological: foster the development of an educational program of reference for actions in Brazil and abroad, combining art and education from the curatorial program that guides the institution.

The Museum has Grupo Globo, to Voucher and the Itaú master as sponsors and support State Government of Rio de Janeiro e do Ministry of Culture, by Federal Law for Promotion of Culture. The management is left to the Instituto Odeon, a private association, nonprofit, whose mission is to promote citizenship and the social and educational development through realization of cultural projects.

Entrance: R$ 8 | R$ 4 (half price) - People with up 21 years, private school students, university, disabled people and public servants of the city of Rio de Janeiro. Payment by cash or card (Visa or Mastercard).

Book turns poetry into a mosaic of feelings