Home / Art / #BUT Promotes: The Requiem Mass as a musical genre

#BUT Promotes: The Requiem Mass as a musical genre

The Museum of sacred art promotes, the Free Course: "The Mass of Requiem as a musical genre" with Professor. André Guimaraes Rodrigo.

This course aims to present and discuss key elements for understanding the Requiem Mass as a musical genre, since its constitution in the medieval period, shaped chant, until the present time, going through a text change process and its significance, in addition to the increase in instrumental training that leads her to monumental proportions in the nineteenth century. Which composers wrote for this genre? In what manner is composed this kind of work? What is the sound of a Mass of Requiem? What are the fixed parts and mobile text of the Mass of Requiem? look for, through an interdisciplinary approach, clarify these and many other questions, with the visual aid of important interpreters, in addition to addressing historical aspects, aesthetic and educational, as well as its relations with other forms of arts and cultures.

André Guimaraes Rodrigo a Masters in Performance at the Regency Escola de Comunicações e Artes (ECA-USP), He holds a degree in Art Education with specialization in Music from the University of Campinas (UNICAMP). Student participant VI Eric Ericson Masterclass for choral conductors in Haarlem (Holland) and aluno bolsista da VI Summer Academy of Music Pedagogy and Choral of Las Palmas (Spain). He has experience in the Music area, with an emphasis on choral conducting and music education. He is currently Professor, conductor and founder of the Coral MAS-SP (Museu de Arte Sacra de São Paulo), conductor and founder of the Chorus A Cappella (Coral ancient Monastery - Monastery of São Bento in São Paulo), Regent English Choir Pop Culture in Guarulhos, Campinas and Interlagos. Developed teaching work in choral conducting in the Project Sing São Paulo of São Paulo City Hall and also teaching and research in special education, Louis Braille Institute of Campinas, musicografia teaching braille.

Course content is geared for art scholars, interested in music, researchers, students and other professionals who use music in their activities, and stakeholders in general. 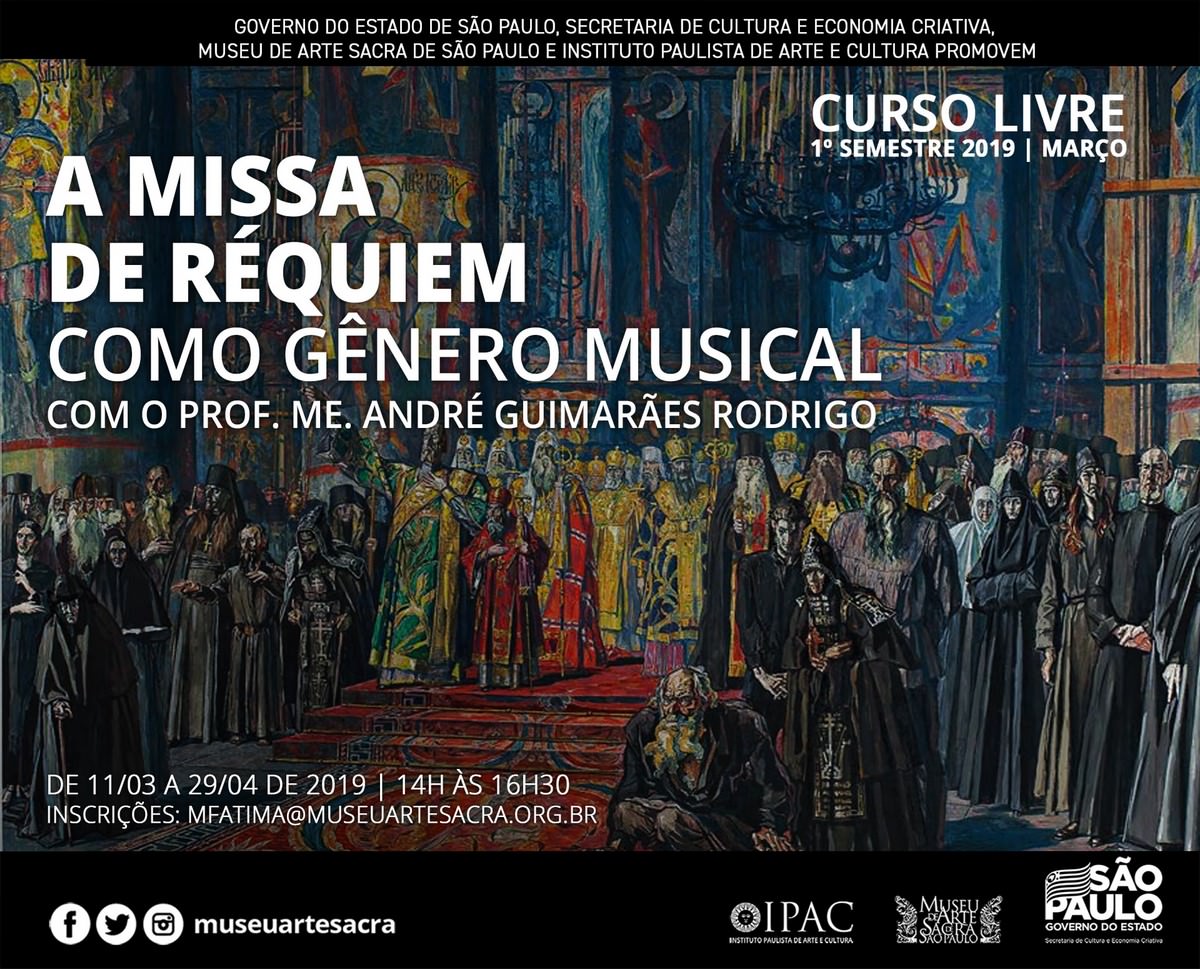 BUT Promotes: The Requiem Mass as a musical genre. Disclosure.

15 April - CLASSROOM 6: The Requiem Mass in the late nineteenth century to the twentieth: Giuseppe Verdi and Faure