Museum of sacred art of Paraty reopens its doors

Installed in the Church of Santa Rita, institution wins new exhibition with the
aim to give more visibility to its collection

With the Mission of search, Save, expose and promote culturally the collection of sacred art belonging to religious brotherhoods in the city, the Museum of sacred art of Paraty (BUT), with the sponsorship of Petrobras, reopens its doors from the day of 16 May 2015, Mrs 19:30hours.

The official ceremony of opening of the Museum of sacred art, will be 13 at 19:30 and must rely on the presence of the authorities of the Federal Government, the State Government of Rio de Janeiro, the Mayor of Paraty, the parish priest of the city and representatives of the IPHAN, IBRAM, Petrobras and local authorities. To mark the event, will be held the repatriation of the image of Santa Rita Church of Our Password dos Remédios – where he stayed during the period of works – until the Church of Santa Rita, the seat of the Museum. The solemn procession will be accompanied by the urban and rural of Paraty people community.

Before the entry of the images in the Church, the mast of the traditional feast of St. Rita will be raised in Largo Santa Rita for editing 2015 -that happens between 10 and 19 July. The reopening of the BUT will also have the participation of Paraty Band Santa Cecilia and the Coral da Universidade do Rio de Janeiro – UNIRIO. 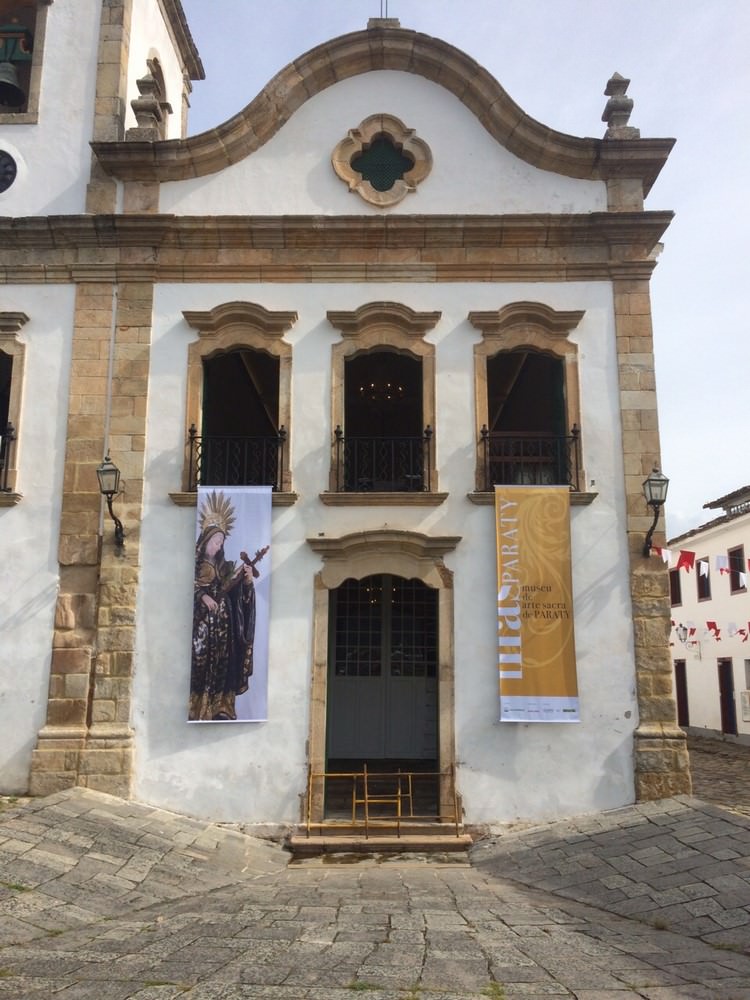 Installed within the architectural ensemble of Santa Rita-the oldest church of the city, designated by the Instituto do Patrimônio Histórico e Artístico Nacional (IPHAN) –, the MAS won a new limited duration in order to strengthen further its relationship with the local population, their religious rites and festivities. The new path of visitation gives more prominence to its rich collection, bringing together pieces of other three churches in town-Nossa Senhora dos Remédios, Our Lady of the Rosary and Our Lady of Sorrows.

The narrative adopted dates back to history, stylistic and artistic architectural set itself, proposing more visibility to parts, that pass to occupy the central nave of the Church, beyond the sacristy – where they were originally. The tour includes historical and iconographic information, In addition to the source and origin of the most relevant images of the acquis, and the ritual practices and organisational links of the festivities held by local community, contextualizing their uses in the various confraternities paratienses. The relationship with the community is also reflected in the creation of an interactive piece on religion, assembled from statements from local figures.

The acquis also received care, of cataloguing and restoration during the period in which the institution was closed, culminating in the installation of new technical reserve. The Organization of the acquis, In addition to facilitate and stimulate the research, It has great historical and religious value, should contribute to improve the flow of loans of parts. As is usual, the objects will continue to be removed from the Museum during the religious festivals of Paraty, for use in celebrations, and returned later.

Closed since 2011, the BUT was included in the rehabilitation process of the architectural ensemble of Santa Rita, which began in 2006, and provides for the safeguarding of tangible and intangible heritage of the institution. Shares were initiated with the descupinização of the altarpieces and the rebound of the roof structure. The initiative, coordinated by Expomus, also contemplated running a new project database; the restoration, restoration and painting of their physical structures – façade and interior-, dating back to 1722; and the recovery of part of the liturgical objects and the Step of passion, called “Coronation of thorns”, inserted in the lateral façade of the Church of Santa Rita, that way, along with five other existing in the urban perimeter tumbled, a valuable set.

As for the structural works, the highlights are the restoration of the roof and electric network, Besides painting of liners. The works were made possible with the support of Alain and Haydee Belda, and José Bento and Daniela Tonetti. The deployment of the new expographic, in partnership with Expomus, as well as the security system already deployed, In addition to the works performed by IBRAM.

During the process of refurbishment of the Museum of sacred art of Paraty, research and development of projects also included the sponsorship of Caixa Econômica Federal, through the Federal law of incentive to culture. The whole process had the coordination and monitoring of technical Expomus, company with more than 33 years in the execution of museological projects.

Designated by the Instituto do Patrimônio Histórico e Artístico Nacional and – IPHAN, the town of Paraty is one of the greatest exponents of the colonial period in Rio de Janeiro. Every year, the city receives thousands of visitors during the traditional religious festivals and consecrated Paraty international literary festival (Flip).

With the sponsorship of Petrobras, the refurbishment project of the Museu de Arte Sacra de Paraty, located in the Church of Santa Rita, aims to contribute to the development of local and regional tourism, In addition to meeting the need for conservation of the monument and its collection. With the support of UNESCO and the Ministry of culture, the restoration works and the installation of a limited duration value one of the main assets of the urban circuit tumbled de Paraty, returning to the city an important cultural and religious symbol.