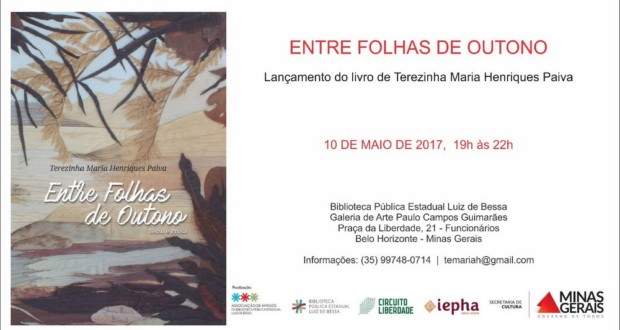 New work by the author, where does it show the same concern of your soul poet and the look you're looking for what goes beyond appearance-… "But my door remains open and my flights allowed, Whenever my wings can fly ". 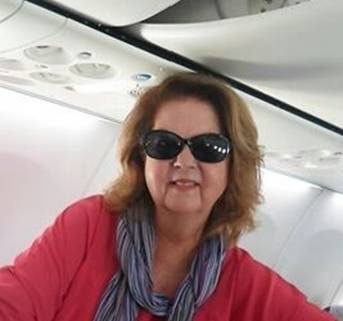 In his poems, the same freedom of expression and in the texts, facts of everyday life narrated in a simple, depicting situations where the reader will often identify-… "I'd rather not tell time… I choose to celebrate life ".

In the poem "who I am" the writer reveals itself:

"I wanted to be two or three to visit the world… Today, all I have to do is be a/to understand the man. "

In his first works, ASPIRATIONS – 1990 and BE NAVIGATOR – 2012 only published poems; Now, BETWEEN AUTUMN LEAVES – 2016, shows your creation by CHRONICLES. This time, had the privilege to complete your work in the mining town of Itanhandu, at the foot of the Mantiqueira and the banks of the Rio Verde.

Contacts with the author: temariah@gmail.com

Previous: The exhibition Visual Arts Occupation notice 2017 the FCS
Next: Art Gallery of FCPEMG Cultural Foundation presents the exhibition of Primitivism to Lyricism