The project can be seen in person, at the Café da Vila

The interactive and immersive work “Or Hybrid”, by Robson Catalunya, returns to the Sorocaba public with a new experience. After a season of virtual presentations through content in the format of webseries, with eight episodes recorded on 360º cameras, now the project will be able to be watched in person for the first time since the beginning of the Covid-19 pandemic, through the use of virtual reality glasses.

Filmed in Sorocaba, São Sebastião and amidst the large statues of the Comuna do Ibitipoca, in the south of Minas Gerais, "O Hybrid” it will move between thoughts, realities and circumstances, allowing the same to happen with spectators. Each person will create their own narrative from the references, dialogues – non-verbal – and feelings shared by the character, crossing the species boundary, races, beliefs and behavioral standards.

According to Robson Catalonia, performer and project director, “O Híbrido” was initially created as a performance for The Watermill Center – Director Bob Wilson's Creative Lab -, in New York. Robson says that in 2019, he introduced the “Or Hybrid” in two international festivals: in Cape Verde, in Africa; in Zagreb, in Croatia, and already had invitations for others in 2020.

"During a pandemic, because of the need for physical isolation, the idea of ​​adapting the work to the territory of virtual reality emerged (VR). We did, then, a webseries in eight episodes and now we will debut in person, a new job, to be seen with VR glasses. With the restriction of isolation, the increase in vaccination and the resumption of in-person presentations, the idea now is to circulate the work throughout Brazil and the world", the firm.

Robson says that for some time he has been looking to create works that do not have a linear narrative, that do not close a single reading possibility. "I could talk about the reasons that motivated me to create 'The Hybrid', but I've been more interested in people's reading about work.. A question I've been asking myself is: ‘ what people say, say more about them or, in fact, about the work?’”, question. 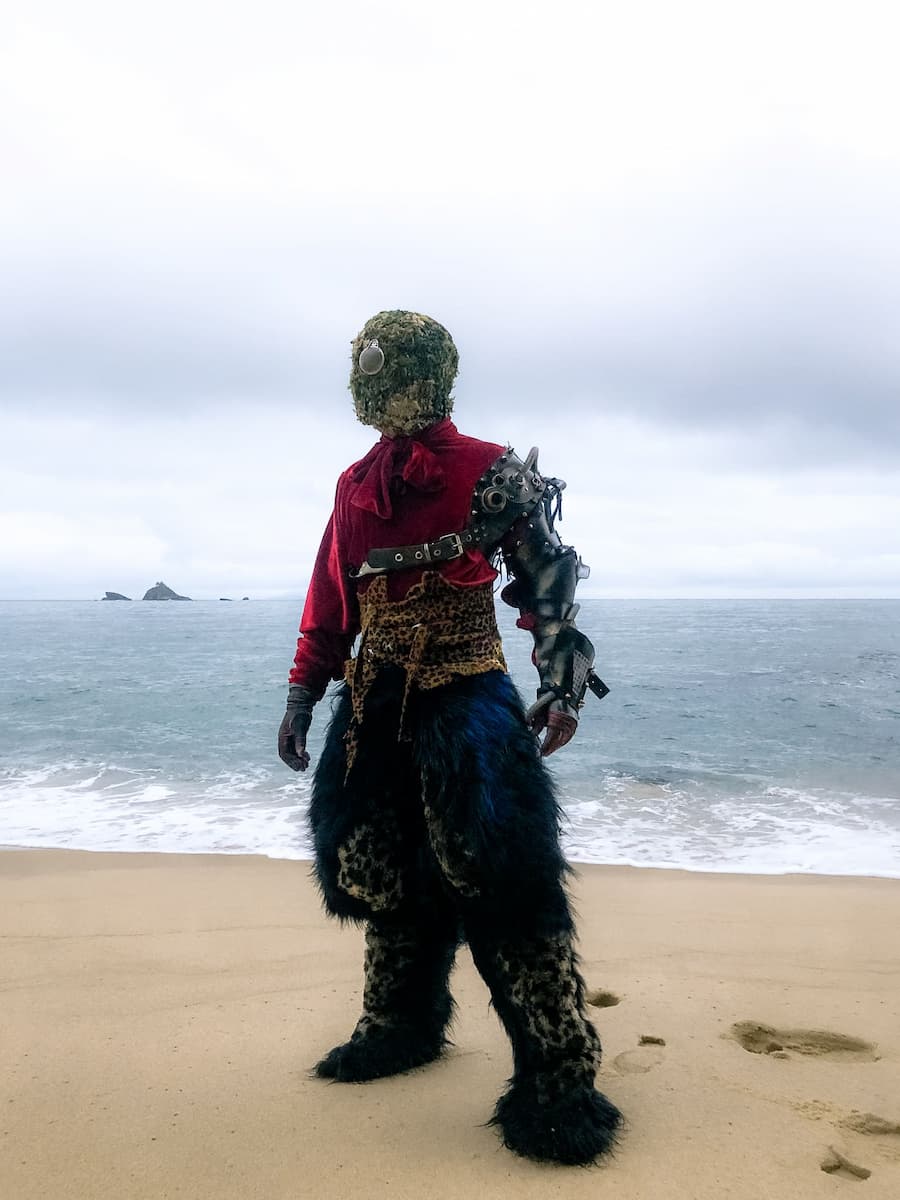 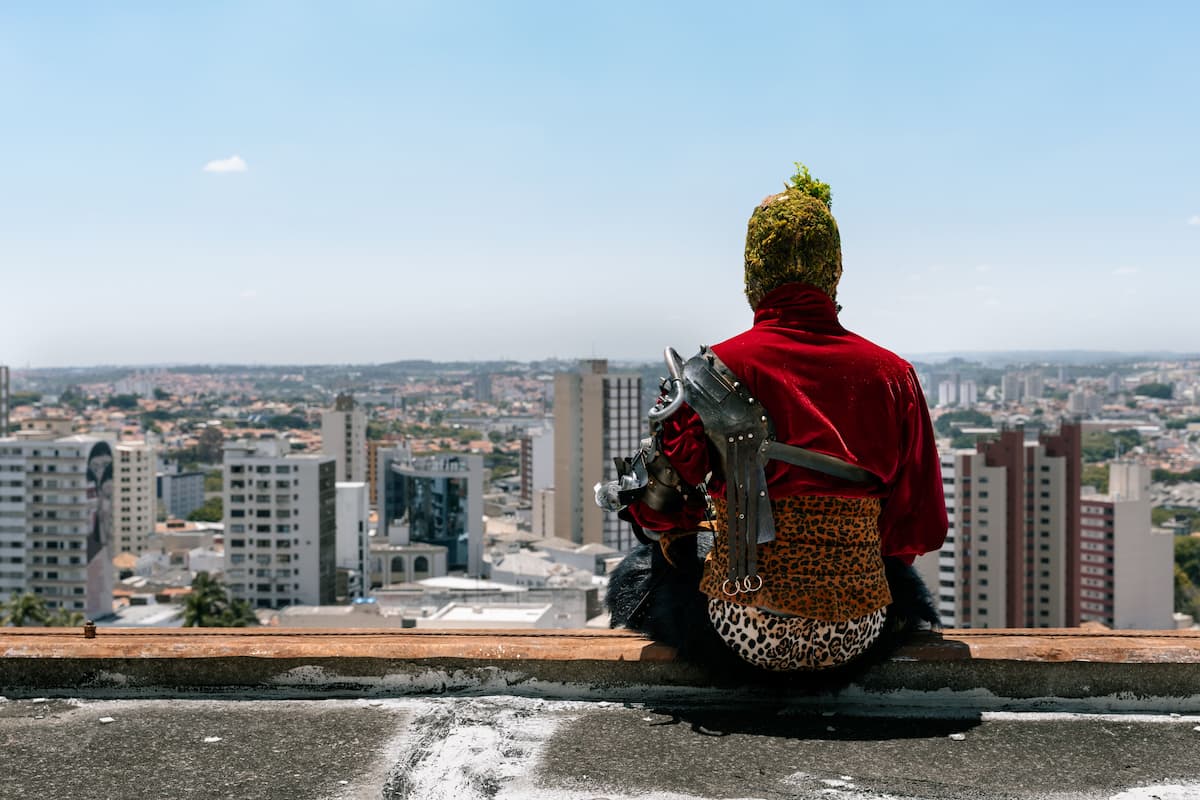 The project that will complete the season at the cozy Café da Vila, in the city of Sorocaba, in São Paulo, is carried out through the PROAC Notice (Cultural Action Program) Express, nº 29/2020, promoted by the Government of the State of São Paulo, through the Secretariat of Culture and Creative Economy. The Public Notice aims to support AR content development and production projects (Augmented Reality) and / or VR (Virtual reality) in the state of Sao Paulo.

Bruno Lottelli, technical director, explains that the new show is the sequel to the first “Or Hybrid”, in which the character meets an inner truth. “In the first season, there is a dramaturgical line, relatively established, where he is born in a wood and ends up watching society's downfall in the Ashes episode. the second starts, metaphorically, where did that end, with the character abandoning the so-called 'civilized' world. the second sequence, of the statues, é a redenção da personagem que se encontra com algo maior, transcendental”, explains. Once again, the “Or Hybrid” will bring, to the spectators, the reflection on life.

Andressa Moreira, executive producer and production director, states that the expectation with the new show is to provide the audience with an interactive experience, immersive and transdisciplinary, where the viewer can appreciate the work using virtual reality glasses. "With the availability of virtual reality glasses, the face-to-face season democratizes public access to technology, where the viewer can appreciate the work in the most immersive format", highlights.

“Or Hybrid” was nominated for editing 2021 of the APCA Award, in the Digital Advance category, by the innovative technological character, a reference for professionals who work in the most varied aspects of art and culture. The APCA is a Brazilian award, created in 1956, by the São Paulo Association of Theater Critics, with focus in 12 cultural areas. Amongst them, visual arts, cinema, dance and theatre.

Many artists have dived online due to the Covid-19 pandemic, as a way to promote the maintenance and execution of shows virtually. Prizewinners must be chosen in December, from the sum of nominees in the second semester.

To Andressa Moreira, being nominated for the APCA Award is rewarding.. "The importance of this recognition is expanded by the fact that the project was carried out in the Metropolitan Region of Sorocaba, serving as a showcase and reinforcing the quality of artwork produced in the interior of São Paulo”, scores.

Mandatory use of masks.

The tickets, free, will be available for booking on the respective day of each presentation..

from Thursday to Saturday: