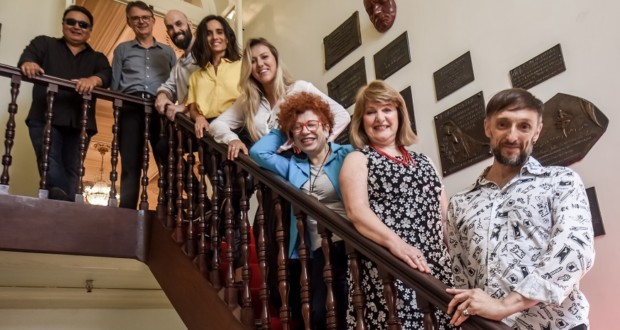 The montage brings a renowned cast to the scene. Photo Claudio Etges.

Chamber opera by Arthur Barbosa with libretto by Álvaro Santi, staged by Jacqueline Pinzon and choreographed by Raul Voges is on display until 15/07

Everything is ready for the long-awaited debut of Operita Violoncello, chamber opera in one act composed and conducted by the conductor Arthur Barbosa, with libretto by Alvaro Santi, which has as its central theme the cello. The premier is tomorrow, 13 July, no Theatro São Pedro, and goes on in the days 14 and 15, Wednesday and Thursday, at different times (check out the "Service"). The presentations follow all the security protocols recommended by the WHO. This project is carried out with resources from Law No. 14.017/2020, Lei Aldir Blanc, through Sedac Notice No. 09/2020 – Cultural and Artistic Productions.

The montage brings a renowned cast to the scene, starring the mezzo-soprano Angela Diel, through the bass Daniel Germano and by the dancer and choreographer Raul Voges, plus a set of ten cellists, a percussionist and two dancers/actresses, Pamela Manica and Janaína Nocchi. leading this cast, is the actress and theater director Jacqueline Pinzon.

One of the differentials of this original work by Arthur Barbosa is the fact that the composer conceived it to be performed only by an ensemble of cellos, instead of a traditional orchestra. He explains that the sound of the cello orchestra is very peculiar, although the works for this training are scarce.. "So, the impetus to create our own work. will be unheard of, especially for the public".

To ensure a touch of Latinity to the operatic training and included a percussionist, which in this assembly is represented by Jorge Matte. “I was inspired by Latin American music, because the plot takes place in any country on this continent. Audiences can expect engaging musicality, with lots of tango and rhythms from southern Brazil, like a milonga ", comments. 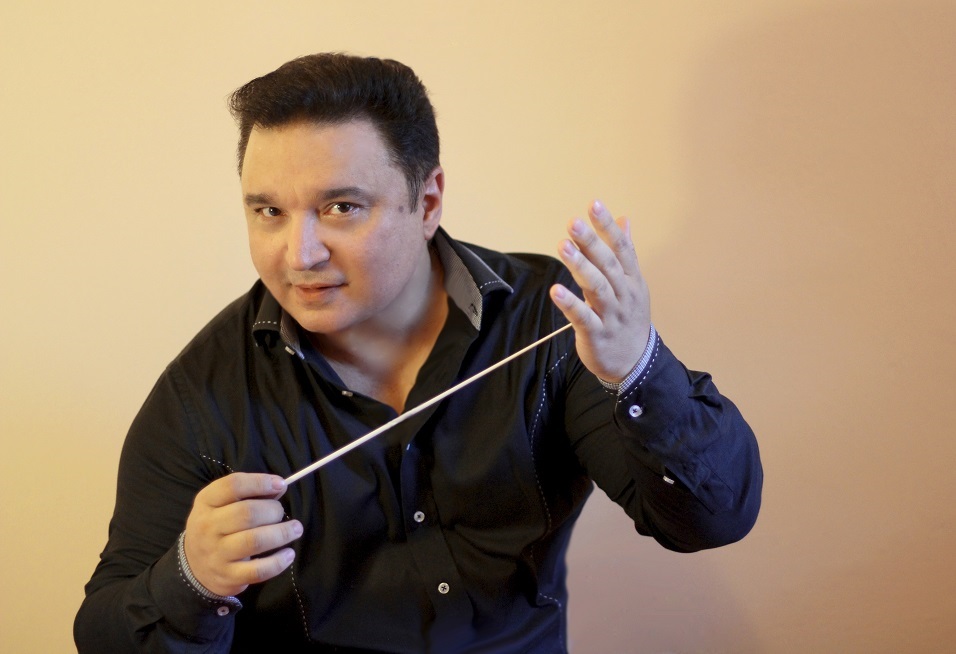 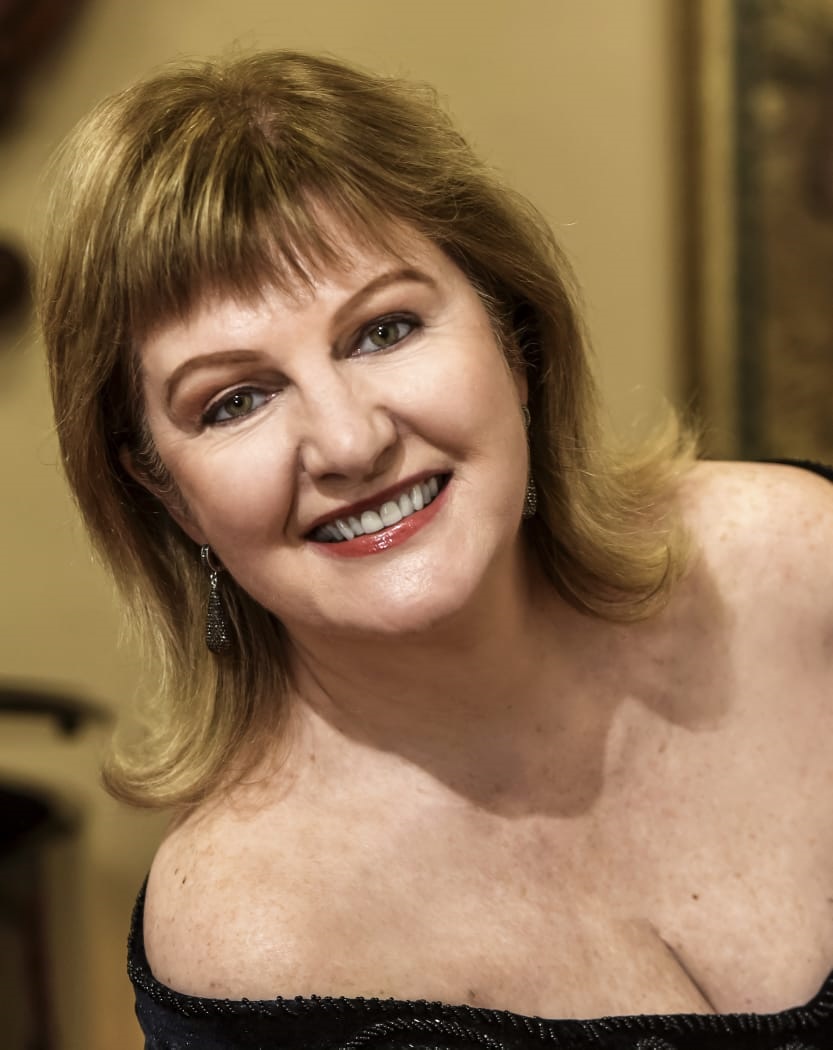 In Álvaro Santi's libretto we follow the drama of Maria who loves to play and is totally dedicated to the cello. The instrument, on the other hand, take human form, and so, the passion between them is embodied and passes from the field of ideas to sensual passion. But in the artist's life, Juan appears, a seductive young man who wants Mary only for himself. In this dilemma, your instrument, the cello, he feels "betrayed" and thus begins an unlikely love triangle with great and transforming consequences for Maria and her loves.

Award-winning poet and composer, Álvaro Santi has several poems published. (your last book was No love like mine, released in 2019). “I already had the plot of the opera, but it was Álvaro who developed this love story, involving these three characters", reports Arthur Barbosa. "It was a smooth job. He made the poem and I turned it into music", says. He says that a good part of the song had already been written, but it didn't have the dialogues. "Alvaro was free to do his part. We exchange impressions all the time, until we reach a final text, from which I started to compose the missing songs. It was a whole process of composition in pairs where I transformed the dialogues created into music", narrates.

an opera, from the standpoint of its assembly, is an intricate puzzle that requires a lot of attention.. As director of the Operita, Jaqueline Pinzon seeks to print an audiovisual expression through which she can leave certain spaces, clearings of meaning and interpretation for the viewer to look at and resolve. "Not that I refuse to tell the story, but I don't reveal all the particulars right away., I'll take it easy, in the tempo of the song, so to speak. Thus, stage Operita Cello, for me, is to throw some light (or even some shadow) about something that's already there that maybe hasn't been seen or felt. However, staging this opera can be, also, choose an original and unthinkable path to enable the encounter between the spectator and the work. Thus, I explain".

Operitta Cello would be unprecedented in its proposal? Arthur Barbosa emphasizes that he has no knowledge, no world, of an opera made with a cello orchestra. "And if there is, will be few and unknown”. reinforces. "I dare to say that this proposal is unprecedented in Brazil. Despite not having carried out a thorough research, the fact is that I have not found any evidence of the existence of a similar work in the world", emphasizes.

For the formation of this unique orchestra, Barbosa turned to excellent cellists who work in the state. Are they: Phil Mayer, Rafael Honorio, Jonathan Santos, Isadora Gehres, Martina Ströher, Paula Schäffer Saraiva, Murilo Alves, Estela Deunisio, Rodrigo Alquati, Tacio Vieira. complete the training, the percussionist Jorge Matte and pianist Fernando Rauber, responsible for preparing the singers. Playing the main roles, are Angela Diel, Daniel Germano and Raul Voges, artists that Arthur Barbosa has had the opportunity to work with countless times, in several concerts with Ospa.

about choreography, Raul Voges emphasizes that the research began by observing the movements of musicians with cello. "We tried, in different ways, that this universe of gestures and movements, could be present in the bodies of the entire cast", explains. "Like this, we create and choose our scores, adding the narrative line of the story, to our creations of movement and interpretation", concludes.

At a time when the entire arts production chain suffers from the lack of the effects of the pandemic, which greatly affected the artists; from lack of incentives; sponsorship cut, in the midst of an economic recession, living with the retraction of cultural activity has become a hard reality to be faced. With the extinction of several orchestras in the state, the staging of an opera becomes a most challenging undertaking.

“I think the editing of Operita Violoncello is like a breather, right now", evaluates the conductor. "To opera, whether Brazilian or foreign, needs to be valued, because it's a complete genre, that involves all the arts: we have the plastic arts with the scenarios, the musical arts with musicians, the performing arts with representation, and the dance, that is, a range of languages ​​coexists, that make opera one of the most complete artistic genres I know".

Arthur Barbosa comments that the idea of ​​the Operita Violoncello was born as a tribute from him and Álvaro Santi to such a special timbre instrument. But how to present an instrument that takes the human form? Jaqueline says she made some choices in this regard. "I hope the audience follows them, or at least consider them as something to be appreciated aesthetically", the firm. “I believe that the opera audience, from Porto Alegre, which is numerous and quite passionate, can expect a different show, bold and untraditional in character approach, with Angela Diel very sexy and defending a character very different from the image that her audience has of her, evidently, all done with the class that is peculiar to it. I also highlight the choreographic and design layout of the movements that try to get out of the obvious; the boldness in dealing with the visuality of the show and video images and their interaction with the live scene", declares.

“Porto Alegre needs operas and we lack, also, of support. So, the more initiatives arise, but we have to praise them, thank you and ask them to stay put and people to support you", argues Arthur Barbosa. "It is very important that at this moment, where opera production is down, I can contribute with a work of my own. It's a fantastic pleasure”, ends.