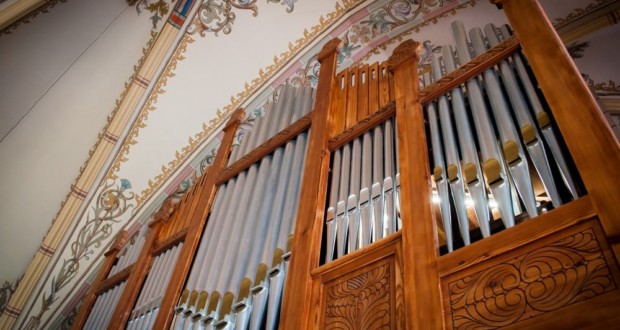 After restored, the organ almost centenary of the Church Bom Jesus dos Perdões, on Praça Rui Barbosa, back to be played during a recital of the choir of the Camerata Antiqua of Curitiba, This Friday (4), at 8:0 pm. The body was recovered by the Franciscan Friar Lauro Both and for students of Luteria course of the Federal University of Paraná. For this special concert, the choir invited the German organist and conductor Brigitte Raucher.

According to the Regent, the program was prepared in order to explore the sonority of the instrument. "The program seeks to show the various sonic possibilities from an international repertoire, It covers five centuries of music history ", explains.

In the program are still the "Saxony in the 18th century: the Partitas ", of Johann Sebastian Bach and other trilogy, dedicated to toccatas for organ solo, the Italian Renaissance composer Girolamo Frescobaldi (1583 – 1643), the English Norman Warren (1934) and the German Matthias Nagel (1958). The concert concludes with a great praise: the Festival Te Deum ", by Benjamin Britten, for choir and organ.

Restoration – The organ bears the name of your constructor, Johannes Speith, that in 1926 came to Brazil especially to accompany the end of assembling this and other instruments sold to the country. In addition to repairs and tuning, the restore process restored the original features of the instrument, that have been modified due to adaptations made in their 93 years of history.

Concert in churches – The day before the concert of the Bom Jesus Church, the Camerata choir makes a presentation at the shrine of our Lady of Mount Carmel. The concert will be on Thursday (3), at 8:0 pm, under the Regency of Mara fields and with works by Heitor Villa-Lobos, Mozart Camargo Guarnieri, Edmund Villâni-Courteous, Wolfgang Amadeus Mozart and Handel. The program "Concert in churches" is developed by the Camerata Antiqua of Curitiba since 2002 and is part of the Group's relationship with the community.