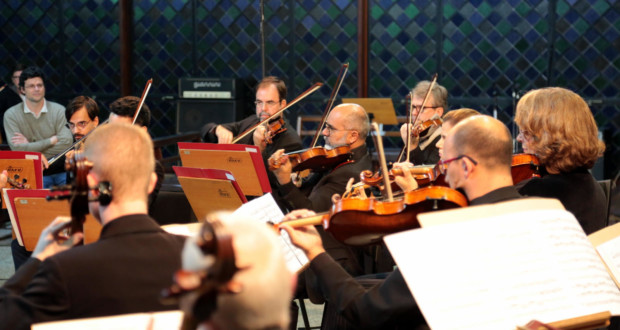 Another edition of the project "Concert in the churches" of the Camerata Antiqua of Curitiba happens this Thursday (27), at 8:0 pm, in the Parish of St. Anne. In this presentation, classic works from various periods will be performed by the Chamber Orchestra of the city of Curitiba, the Group Camerata, and musical direction by Francisco Freitas. The concert is open to the public and is part of a series of presentations in churches that the group performs throughout the season.

In 2018, the social work of the Camerata Antiqua of Curitiba has intensified with the increase in the number of concerts in churches – one per month, a total of 10 presentations in the year. The repertoire prepared for the St. Anne Parish reflects the character and the musical project proposal, It is a historical overview of classic works by foreign composers and Brazilian, representative in his time, as Johann Sebastian Bach, George Friedrich Händel, Heitor Villa-lobos, Antônio Carlos Gomes, Mozart Camargo Guarnieri and Edmund Villani-Côrtes.

The project of the Churches Concert was conceived by the Camerata Antiqua of Curitiba as part of their relationship activities with the community since the year 2002. Until now there were hundreds of concerts in neighborhoods, reaching thousands of people. The Camerata visited with his concerts the most diverse religious denominations – Roman Catholic churches, Batista, Methodist, Mennonite, World Messianic Church, Terreiro de Umbanda of Father Macrae, among others.

Previous: VIEWS KNOWN: A look at the neighborly relations through the windows of the cities
Next: Clicks of humor and provocation in the contemporary world