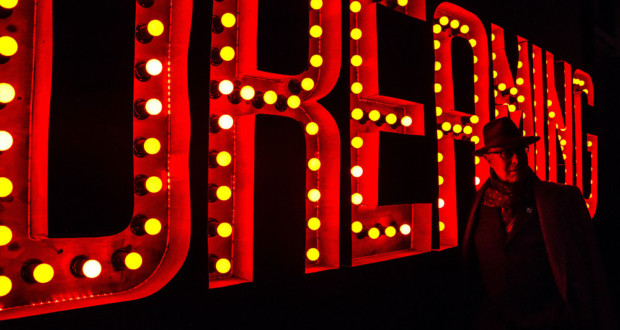 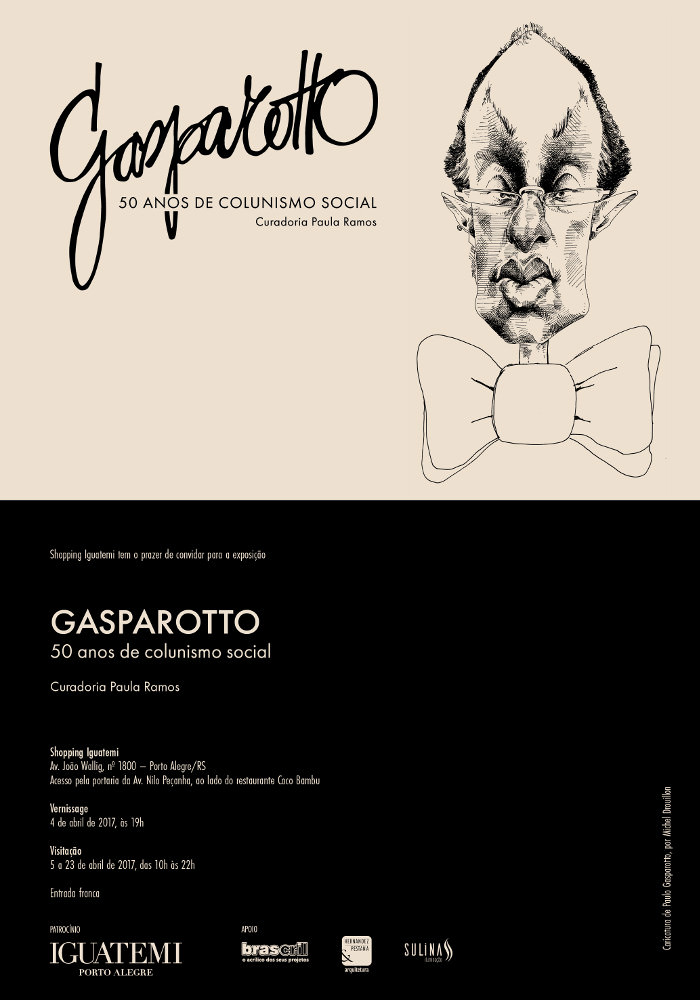 Journalist, columnist, evaluator, auctioneer. Multiple man likes, of plants and animals art, antiques, music, fashion and literature. Having passed by the most important newspapers of the capital, Paul Gasparotto celebrates five decades of vigorous trajectory in the press. Reinventing permanently, is the last journalist of the "old guard" in social colunismo, at a time when, as he himself says, all the people, with their Smartphones, blogs and social networks, can be "some columnists".

The next day 4 April, the Iguatemi inaugurates the exhibition Gasparotto- 50 years of social colunismo, honoring one of the most prestigious ones in the State press professionals. Curated the historian and art critic Paula Ramos, the show features a summary of the history of Gasparotto, which is a synthesis of the social life of portion of the porto-alegrenses. From the columns, the notes and photographs reproduced in newspapers and magazines, the exhibition offers a dive time, highlighting characters, environments and stories that were the Gasparotto and, to a large extent, the social colunismo Gaucho, over the past 50 years. Complement the shows original drawings of Victorinus Gheno, produced to illustrate the columns of the journalist, as well as a documentary video directed by filmmaker Zaffar Bashir, author of, among others, Glaucus of Brazil (2015).

Paul Raymundo Gasparotto -Was born on 20 April 1937, in Porto Alegre. Started your career in the late 1950, assuming the decoration for the newspaper He and She and, following, for the The globe magazine. In 1963, He joined the newspaper Zero Hour and, in the following years, writing about fashion, art, elegance and social life, maintained column in multiple journals: Folha da Tarde, Correio do Povo, Zero Hour, South. Also assumed the Organization, still in the 1960, the list The ten most elegant, as well as the Catalog of kidneys, Publishing products developed by other, but to which printed his own brand, becoming inseparable from them. 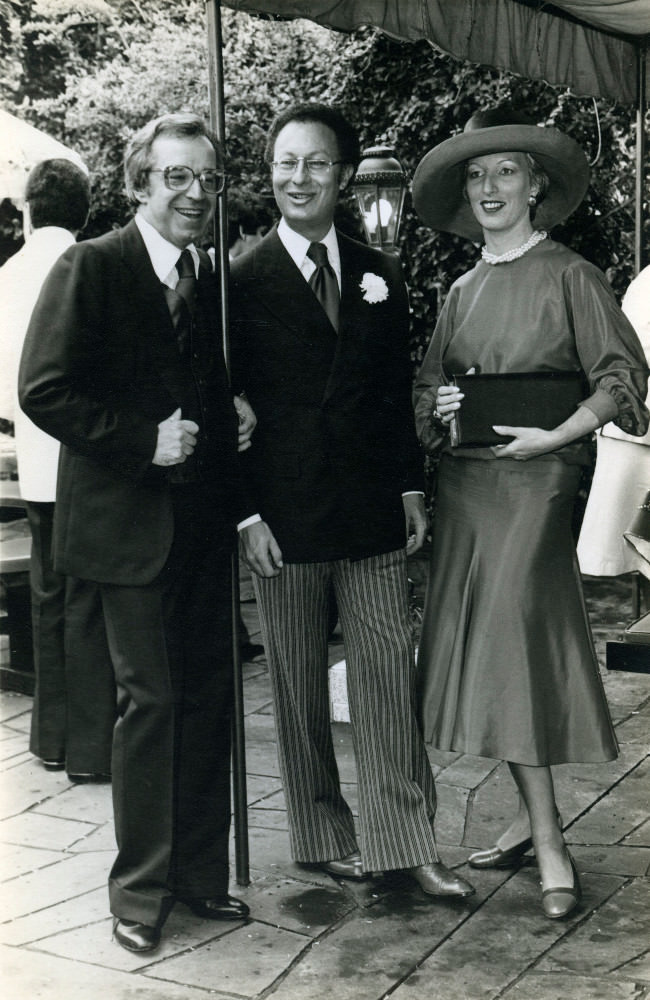 Today, with the vitality, the plight and the boldness that always marked, Gasparotto opens your own news portal: www.paulogasparotto.com.br. Celebrates, with it, an admirable track record of 50 years in journalism. And the Shopping Iguatemi, in your birthday month (14 April), celebrate together, presenting to the public this exhibition-tribute. The show happens in close environment to access the lobby of avenida Nilo Peçanha, next to the restaurant Coco Bamboo. The opening takes place on the day 4 April, Tuesday, at 19h, and the exhibition can be seen from 5 to 23 April, in the opening hours of Shopping, from 10:00 to 10:00 pm.

Extending the celebrations of 80 years of life and 50 of journalism, the Santander Cultural features, between 18 April and 28 de Mayo, the exhibition Paul Gasparotto-Certain small Follies…, also curated by Paula Ramos, but focused on the collections of the artist: of sacred art and antiques, going through pictures of Porto Alegre and the fascination with feet, dogs and gardens, among others.

Previous: Unprecedented exhibition on the Ponteio: GABRIEL BIHHEL PRESENTS INSOMNIA
Next: Bia Black – “Paint is a consequence of being alive” by Edmundo Cavalcanti