Home / Art / Pororoca – A Amazônia no MAR by Adriane Constante

Pororoca – A Amazônia no MAR by Adriane Constante

Posted by: Artworks in Art, Highlights, Events 8 of September of 2014 2 Comments 543 Views 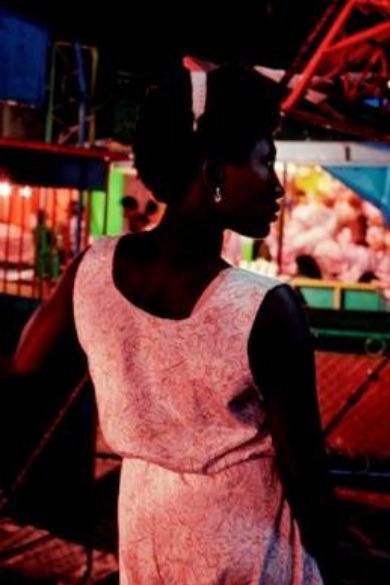 Pororoca – A Amazônia no MAR by Adriane Constante

First floor of the Exhibition Hall

Conversation in Gallery: 9 September, at 11am and 15h, with the artists and curator Paulo Herkenhoff

Two years ago - long before its opening, in March 2013 –, MAR has been building a comprehensive collection of art from Amazon. With about from 500 objects from more than 50 donors, the set is now the most complete collection the genre outside the region, covering a diversity that crosses the cultural tradition of indigenous peoples, riverine and modernity. Between vAmazon isualidade, social violence, relational art and the process of metropolization, two and a half centuries of history are portrayed in critical facilities, paintings, sculptures, photographs, graphic and decorative, clothing, maps and archaeological objects. Com base nesse material, the museum presents to the public exposure Pororoca – A Amazônia no MAR.

Under an analytical look and not chronological, the show offers an overlapping universes and cultural times ranging from several indigenous groups to the reality of urban centers the Brazilian Amazon region, taking into account the poet Blaise Cendrars that called “Amazon flow language”. Among the historical records are the first image published a rubber - made from the expedition in La Condamine 1743 - And pombalinos and imperial documents about the region. Noteworthy are also the Candle of toys Nazareth and an album with 132 watercolors under the Amazon.

Close to a hundred artists are represented in Pororoca, many with their works-raw: Luiz Braga with Rosa Arraial; Miguel Chikaoka e seu Hagakure; Elza Lima and the series riparian of the decade 1980; Walda Marques and portraits of the sellers of herbs Market View-the-weight; Paula Sampaio and the Trans; silence on the images of Octavio Cardoso; and Krajcberg with its images of burned. Are still included work emblematic of the series as a triptych Marked to die, de Claudia Andujar; Judeus na Amazon, Sergio Zalis; images of indigenous people of Milton Guran; into a series of Nazaré Mocajuba, Alexander Sequeira; video We were formerly Many, Armando Queiroz; installing the Knives of my father, Lise Lobato; and processions and pilgrimages Guy Veloso, among others.

In addition, the term “Amazon visuality” prepared by the thinker and theorist John Jesus Paes Loureiro - perceived by a lush chromaticism, plastic values ​​of riparian and concluded by looking population - has its aesthetic contemplated by Emmanuel Nassar, cuja work uses steamy and vibrant cores.

Part of the museum guidelines, to School Look presents during a range of activities education linked to exposure. In November, the MAR program at the Academy promotes seminar on critical thinking in the Amazon. And, in 2015, MAR holds a symposium with indigenous intellectuals to define a permanent program of the museum with its Culture.

“It is important to think of the Amazon as a singularity of Brazil”, says curator Paulo Herkenhoff, there are more than 30 performs an uninterrupted years related work region. He reveals that, in the near future, the collection must expand to include the art of all Amazonian countries. “Today we live overcoming polarity center and periphery, but region is a place of extreme violence between social and poetic delicacy”, says.

Pororoca – A Amazônia no MAR is on display between 9 September and 16 November, das 10h às 17h, the second floor of the Exhibition Hall. Na opening, at 11h and 15h, there will be Gallery Talk with the participation of many artists and the curator Paulo Herkenhoff. Will address the major axes and singularities of the works exhibited, beyond questions related to the formation process of the SEA Collection.

The collection of the MAR consists of cores that are significant concentrations around an agenda. For the Brazilian art, The sea is proposed to set up Hyper-Brasilianer, in which, addition to the collection that makes up this exhibition, are included the works of collectives are Paul and artists from other parts of the country facing social housing issues and culture of adversity in the Northeast, the african-Brazilian collection, the culture of friction Center-West and collections started to include the contributions of Jews, Arab and Japanese the formation of Brazil. Pororoca – A Amazônia no MAR is part of a program that curator includes the history of violence in the Amazon to the poetics of otherness - as in shows Bern Royal, in 2013, and, coming soon, in Armando Queiroz and Alexander Sequeira.

The MAR is a space dedicated to art and visual culture. Installed in Praca Maua, occupies two neighboring buildings: an older, lying and eclectic style, which houses the Pavilion exhibitions; another younger, Modernist, Look where the school's work. The project architectural joins the two buildings with a fluid concrete cover, which refers to a wave - a trademark of the Museum -, and a ramp, where visitors to chegam exhibition spaces.

O MAR, an initiative of City of Rio in partnership with Roberto Marinho Foundation, is activities that involve collecting, registration, search, preservation and return to the community cultural goods. Proactive support space education and culture, The Museum was born with a school - the School Look -, whose proposal is innovative museological: encourage the development of an educational program of reference for actions in Brazil and abroad, combining art and education from the curatorial program that guides the institution.

The Museum has Grupo Globo, to Voucher and the Itaú master as sponsors and support State Government of Rio de Janeiro e do Ministry of Culture, by Federal Law Promotion of Culture. The management is left to the Instituto Odeon, a private association, sem fins profit, whose mission is to promote citizenship and the social and educational development through the realization of cultural projects.

Entrance: R$ 8 | R$ 4 (half price) - People with up 21 years, school students individual, university, disabled people and public officials of the city of Rio de January. Payment by cash or card (Show or Mastercard).