Home / Art / Little money to get your project off the ground? Ursula Monteiro gives tips on how to make low-budget films and succeed 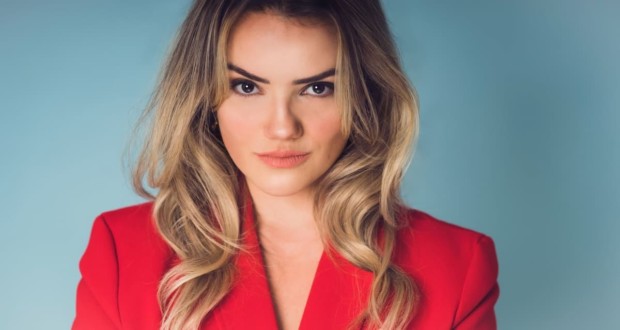 Little money to get your project off the ground? Ursula Monteiro gives tips on how to make low-budget films and succeed

When we think about making a movie, soon we imagine large numbers invested in Hollywood-style recordings and publicity. But it's not always so, thinking about that, the actress, screenwriter and director, Ursula Monteiro – who has just recorded two independent productions, the short film “Val” and the miniseries “Nevermind”- separated some valuable tips for those who want to get the project off the ground and succeed, even with low budget.

Create a unique and original story

One of the productions that marked the history of Hollywood on a low budget was “The Blair Witch Project”. The film had a minimal budget and earned practically a thousand times more than the price it cost.. No movie stars just a never-before-seen story. The Blair Witch Project tells the story of some film students who went to document in the middle of the forest and unravel the mystery of the Blair Witch legend.. Cameras used for filming have poor quality, what makes sense for the context of the story being told. And that helps in the minimum budget invested.

More on the “Blair Witch”, the marketing strategy starts with creating a website where they put about the movie story, telling the biography of the characters as if they were real. They put that they were missing, and possibly dead. They released fake news saying that years later the camera was found in the middle of the forest with the footage made of these students who had been missing for years. This aroused everyone's curiosity to know if the movie was really real or fiction.. Not everyone had access to the Internet in 1999, when the movie was released. But people who had access and entered the AOL room, found out about the site. Even on IMDB there was a portrait of these actors who were part of the film and it said at the bottom “Disappeared.” The Blair Witch Project Website Was So Successful It Made People Want To Watch The Movie. “The Blair Witch Project” cost approx. 25,000 Dollars. and won more than 250 million dollars. It was the first time that Hollywood understood the importance of the internet to promote a film..

Have a clear goal – financial return is really the objective in this case?

The first question every filmmaker has to ask himself is: What is your intention with this movie?? where do you want to go?

“When I recorded my first short, my financial return was zero, however I didn't make the movie thinking about having some financial return. I was looking for a social payback. My aim was to meet people from the industry and present my work. I made a lot of contacts in the film industry, I participated in several festivals, and I even met people who are possible investors for my next projects. I can say that my satisfaction with the result of the film was extremely satisfying.”, Ursula explains.

Start small and learn from your mistakes

Always start by producing a short, learn from your mistakes and keep making your next films until the time comes when you are ready to write and direct a feature film. A feature film costs five times as much as a short film. “One thing I learned at these festivals I went to, was that I was on the right path.. That's why it's very important to learn from your mistakes until you're ready for a feature film.. Like Robert Rodriguez, film director said: a career as a director is “Failing with enthusiasm” Portuguese version “Failing with enthusiasm.”, complete Ursula.

Born in Taubate, in São Paulo, Ursula has always had cinema as her main passions., theater and acting. At the age of 8 years, started acting classes and began performing in matinee plays at Teatro Metrópolis in productions such as “Sítio do Picapau Amarelo”. At the age of 16 years, the artist left the countryside to study, also acting, at the renowned Macunaíma school, in São Paulo.

At the age of 18 years, the spirit of adventure, that already took care, spoke louder and took her to New York, where you currently reside. There he began his studies in film acting at the New York Film Academy and, soon after, enrolled in a long-term course at the Atlantic Acting School, where are some NYU TISCH School of the Arts studios. Among the many works in the theater, film and television, three participations in famous series around the world stand out: “Madam Secretary da CBS, The Deuce da HBO e Mr. Robot from the USA Network.

Now, Ursula is dedicated to two authorial projects, the first as screenwriter and director: the short film Val and the webseries Never Mind. “Val” has already gained the spotlight and has stood out in international festivals. selected in nine, semi-finalist in two and finalist in two others, the production gave Ursula the awards for “best director” and “best debutant actress”, no New York International Film Awards e Oniros Film Awards.