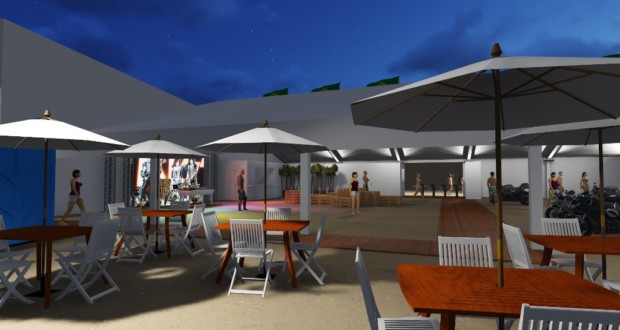 Between the days 19 to 28 February, the project "Consortium Honda outdoor Circuit", carried out by the Institute of Creative Economy Baseline3, with sponsorship of the National Consortium Honda, lead to free movie sessions to the residents and visitors of Santos.

The views of the films will be held daily, the 2:00 pm to 10:00 pm, in a space located in the Avenida Vicente de Carvalho, in front of the Plaza of the flags, in the neighborhood of the Gonzaga. No local, There will be a cinema room with capacity for 400 people attending the outdoor sessions. To pack the event, DJ Luiz Fernando Almeida also will be present every day from 17 hours.

Those interested in watching the movies (schedule below) must arrive with 30 minutes in advance and withdraw the ticket at the box office, by stocking of public in the room. The initiative has the support of city of Saints and the City Department of culture and Sport of the city.

1600- Tomorrowland – A place where nothing is Impossible

20H10- Tomorrowland – A place where nothing is Impossible

Soon, the full program will be available on the project's official Fanpage: facebook.com.br/CircuitoAoArLivre

On the Creative economy Baseline3 Institute:

Baseline3 Creative Economy Institute is an agency of cultural solutions, with strong performance in the production of major events, elaboration of projects and consultancies for the laws to encourage culture. We operate also in courses and lectures, delivered nationwide cultural production.

The quality of the projects developed by the company, in its different formats, supported by the experience of integrating practices who have in their portfolio productions of major events.

About the Honda group:

Present in the country since 1971, When he began to import, and then to produce motorcycles at Manaus (AM), to Moto Honda da Amazônia Ltda. It is currently the largest manufacturer of motorcycles from Brazil, with more than 20 millions of units produced. Since 2001, the company produces, also in Manaus, models of stationary engines, In addition to selling generators, motor pumps, trimmers and coastal sprays imported from other brand in the world. A year later began manufacturing scooters unit. In 1992, with the creation of the Honda Cars of Brazil Ltda., the company entered the competitive Brazilian automobile market through imports and, from 1997, with domestic production of automobiles in the city of Sumaré (SP). In 2013, announced its second car plant, in Itirapina, Interior of São Paulo. In an unprecedented initiative in the automotive segment in the country, the company started, in the same year, the construction of its first wind farm in the city of Shangri-La, in Rio Grande do Sul, opened in November 2014. To administer the operations of the Park, It supplies all the electrical energy demand of Sumaré, was created to Honda Energy of Brazil. In The Country, also part of the Group Honda Financial Services, bringing together the National Consortium Honda, the broker Honda Insurance, to Honda Leasing and the Honda Bank. Present on the network of all Brazil, the services offered make it easy access of customers to products of the brand. In 2015 to Honda Aircraft Company, subsidiary of Honda Motor Co.. announced the expansion of the sales of HondaJet, the Executive of the world's most advanced Jet, to South America, being the Brazil regional representative. More information on www.honda.com.br and www.facebook.com/HondaBR.

Luiz Fernando Almeida is an actor, cultural producer and today, acts as resident DJ of the Bazaar., in Santos, and in corporate and social events in São Paulo. Their sets have influences of black music in its various styles, In addition to playing House, Deep House, Lounge Music, Chill Out and Easy Listening.

Started discotear in 2010 and has been owner of the super cool DJs, having in its portfolio great artists of the national electronic music scene, as the DJ Luiz Pareto, Marcio Red, Renato Lopes, Paula Chalup, Magal, Madam Mim, among others.

Has performed in renowned events such as Sansex- Shows the diversity, Vitrolada, BazarHolic (SP), Cultural and Caviar Party combo.

Previous: OLiberato pop sound animates the Young public Evenings in Copacabana
Next: The Kiwi back with his theatre company show MEAT within the project ART-noun feminine, in Sesc Belenzinho