Returning to ancient Greece, it’s good to remember that there were schools, but not in the formal model of universities as it is currently known. During the period of ecclesiastical communities, there was already a harbinger of distance education with the reading of apostolic letters for these communities. In the period of church power, the first universities in Europe were born. Without churches we would not have the concept of a university that is known today. At the time of scholasticism, much has been debated about theology and philosophy in scholastic schools.

In the United States the first university created was Harvard University, which was born in 1636 with the name of New College. Later that name was changed inspired by Theologian John Harvard. Meanwhile, Brazil was colonized by the Portuguese The education of the Indians took place with the company of Jesus led by Inácio de Loyola for their catechesis. The priests taught the Indians with reservations.

According to Professor Dr. Italu Necklaces, only the children of feudal lords were able to study in Portugal, because in Brazil there were no universities: "So, whoever wanted to go to university had to go to Portugal and have money for that ”. Until the early 19th century, there were no higher education courses in Brazil. “The country was a Portuguese colony and graduations were prohibited on Brazilian lands. Whoever had the financial opportunity was going to study at the already traditional universities in Portugal, mainly to the University of Coimbra, the oldest portuguese, founded in 1290 ”, details.

The arrival of the Portuguese royal family in Brazil is an important milestone for the country to start writing its history in Higher Education. The court landed in Brazil on the 22 January 1808. That same year, the first two Brazilian medical schools emerged. As Dr details. Italu, “Not a month after the arrival of Dom João VI, he signed the document for the creation of the Bahia School of Surgery, in 18 February, in Salvador. Shortly after, in 2 April, another decree created the Anatomical School, Surgical and Medical of Rio de Janeiro, that was housed at the Hospital da Misericórdia ”.

please note that, despite the prejudice against distance education, EAD came up with professional qualification courses in Brazil. Dr. Italu points out that “the most remote registration date 1904, with an advertisement in the Jornal do Brasil classifieds for a typing course (to use typewriters) by mail. Later, with the creation of radio and TV, new resources were implemented in this modality, which would be the beginning of electronic education.. It should be borne in mind that EAD was born in Europe. He went to the United States until 1904 to Brazil. Both had a more advanced education than Brazilian education ”, explains.

Changes after the creation of the MEC

A curiosity, account Dr. Italu: “MEC was only born in 14 th November of 1930. This means that there was no such thing to regulate Brazilian education ”. After creating this, the Agreements between MEC and USAID took place that were implemented in Brazil with the law 5.540/68. “They were negotiated secretly and only became public in November 1966 after intense political and popular pressure. Established between the Ministry of Education (MEC) do Brasil and the United States Agency for International Development (USAID, in the acronym in english) to reform Brazilian education according to standards imposed by the USA. Despite the previous broad discussion on education, started still in 1961, these reforms were implemented by the military during the military regime in 1964 ”, synthesizes the teacher.

The most visible reform occurred in the renaming of courses. The old primary courses (5 years) e ginasial (4 years) were merged and renamed as first grade, eight years long. The old scientific course was merged with the classic and started to be called high school, three years long. The university course started to be called third degree. This reform eliminated a year of study, making Brazil only have 11 levels until reaching the end of high school while European countries and Canada have a minimum of 12 levels. The professor recalls that “the repression thus generated a violent opposition led by different sectors against the MEC-USAID agreements, what caught the attention of the world public opinion. Held down, the military government ended up creating in 1968 a study group in charge of working on the reform with a Brazilian proposal ”. Soon, "Unfortunately the agreement was broken", the Mint.

Dr. Italu emphasizes that with this rupture it is important to analyze the three main education systems: French, American and German. “Analyzing the streak, however much the United States has influenced Brazilian education, the predominant model in Brazil is the French education system. This system to be clear has 3 pillars: submission to the state, qualification of labor to work for that same state and education is the main one being carried out unattached to the research. Even universities that claimed to fall in love with the German education system (teaching and research go together indifferent to state interests) today reality is not the initial intention ”, complete. In America the emphasis is on creating knowledge where all students participate and can expose their ideas. "We United States, the student must overcome his shyness and express himself ”, account Dr. Italu.

Differences between the Brazilian and North American systems

In face-to-face seminars there is not so much student participation, however in the discussion groups the participation of this is a constant. “While students are more passive in Brazil, students must be very active in American education. Face-to-face classes are shorter, but there are more jobs and demand for technical production by the university towards the student. During the entire program, the student must write academic texts, reviews and summaries of each of the subjects taken so that you can complete your study program ”, compare.

In addition, Dr. Italu ponders that “in Brazil most subjects are mandatory. In the United States there are mandatory and elective. The grid in America is open and flexible. You can take the same class where students from different courses are present ”.

Another important detail is that “in the United States, universities operate with great autonomy, subject only to statutory norms. They are linked to Organs regulatory bodies of education (education departments of each state) not by imposition, but willingly besides doing the same with accrediting agencies. These were born much later than the birth of the first universities ”.

The distance education modality was used in ancient times in the United States and Europe. Soon, Dr. Italu recalls that “so the methodology of self-learning is quite common. This evolves even more with the spread of the internet, setting the doors once and for all for electronic education. The United States today occupies the fifth best education on the planet while Brazil is far from ideal ”.

An analysis of what could have been done

In the face of so many differences between Brazilian and American education, Dr. Italu Colares thinks that Brazil broke the agreement with USAID too soon: “Brazil should learn from America. Only two centuries after the United States did Brazil have its first school. In addition, Brazil put a lot of emphasis on training workers for the state and because of that there are few researchers, many workers and few working thus generating a high degree of unemployment in the tropical country. It generates less and less competent people and this makes us from bad to worse in education. A partnership again with the United States would go very well to advance education. Also greater autonomy for Brazilian universities, in addition to a complete reform in Brazilian educational legislation ”, ends. 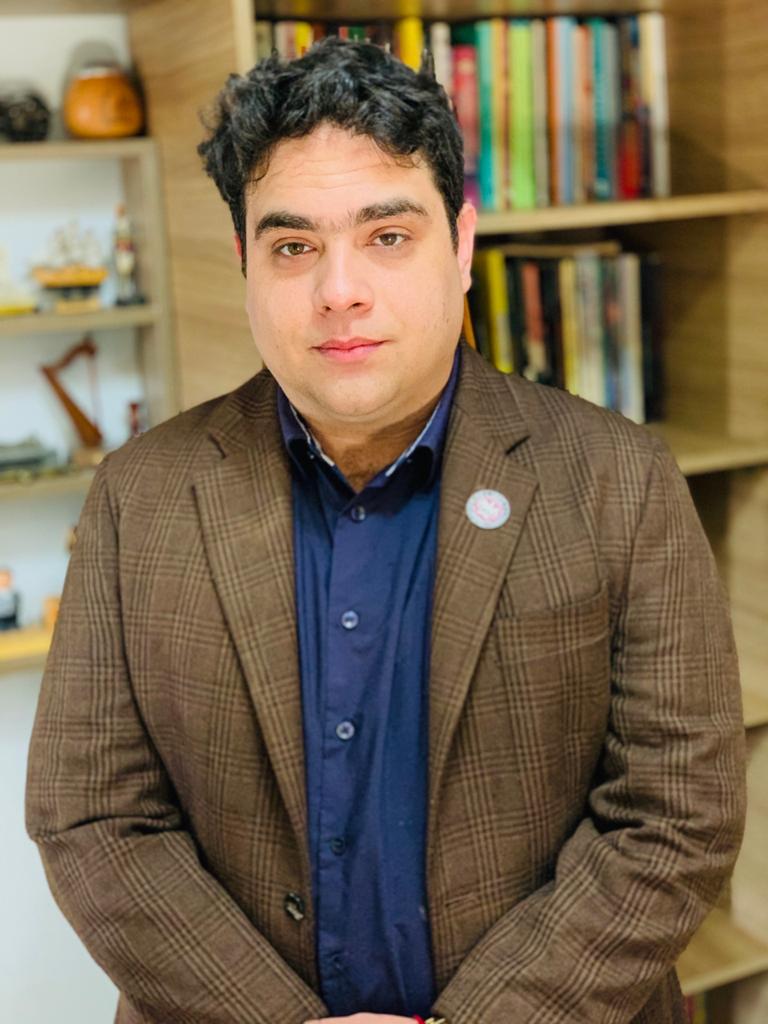 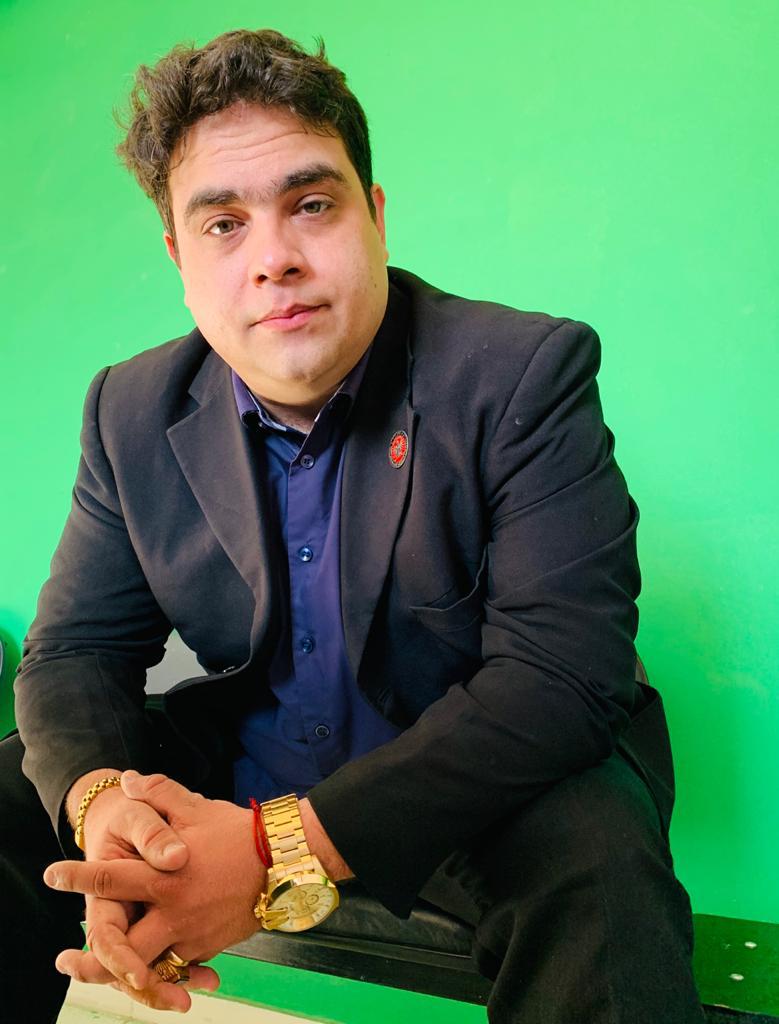 Previous: Meet the upholstery that are decorative trend!
Next: “Festival Toriba Musical” continues with two lyrical recitals and a piano recital with Beethoven sonatas