angel blood: How far would cupid's angel go for revenge?

Well known for the work of forming couples, cupid angels are popularly linked to loving and angelic beings, but not all are like that. Released this Tuesday (08/11), to duology angel blood, written by Aline Silvestri, proposes to take the reader into an urban fantasy narrative involving cupids, betrayal, revenge and the birth of a hybrid creature.

A betrayal between a couple of cupids puts the balance between heaven and hell at risk.. After finding out he was betrayed by the beloved who had lived by his side for over a thousand years, Fly surrenders to hatred and lives for revenge. However, on the journey watered with wrath, a being of darkness uses the chaotic scenario as the main key to its evil plan and only a hybrid creature, fruit of betrayal, can get everything under control.

Composed by"Angel's Blood" and“War of the Angels”, the duology is one of the launches of the Coerência Editorial Group in november 2022. The titles were born from an illustration byAline Silvestri more than 10 years and today extends to the pages of books, endorsing a narrative involving angels and demons.

Consuming a lot of cartoons since I was little, the artist began to develop copyright drawings with a thirst for creating her own stories. “Sangue de Anjo was the fourth narrative I created through the art of illustration. I never told, but I also have other engravings of characters from the same universe of the duology”, Aline Silvestri reveals that her dream of being an illustrator fell asleep as she grew as a person.

In 2013, When I was 22 years, the artist joined a course to finish comics. “Onthe classes I learned about scripts, drawing techniques and among other specializations that contributed to my artistic side”, Alineinforms that Professor Carlos Ranna was fundamental for his initial process of elaborating fictional plots.

The duologyangel blood drink from the source of inspirations of Give me Love (2014), Ed Sheeran music, but gained features when the artist discovered the Wattpad universe, thus discovering the possibility of sharing their stories kept since childhood to the world.“I was extremely delighted to see a diversity of people writing on a single platform, it was with this awakening that I took my plots out of the drawer, starting with the story of Fly”, account.

The release of the second edition of "Angel's Blood" and conclusion of the duology called “War of the Angels” is already available in physical edition in the main bookstores in Brazil, and only the first title is available as an eBook on Amazon.

Fly is an expert on love. like cupid, your job is to bring that feeling to human hearts. For more than a thousand years, he has lived happily with his beloved.. Until his world crumbles when he discovers that the one he devoted his whole life to is a traitor.. From now on, Fly will only live for one reason: REVENGE.

After missing years, Fly returns to the human world not knowing how much things have changed..

Determined to keep the promise he made to himself, he finds Serena in order to protect her from the clutches of Hell., not knowing that the secrets he hides from her will be the reason for everything to go wrong. And between misunderstandings and battles, a new feeling begins to be born, able to provide something that Fly didn't even know he needed: REDEMPTION!

Passionate about fantasy and romance, Aline Silvestri mixed both genres in her debut duology “Sangue de Anjo”, urban fantasy enveloping lovers. Born in Paraíba, the artist was born in 1991 and has since shared his art with the world., always inspired by fantasy narratives with touches of romance. 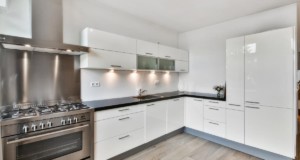