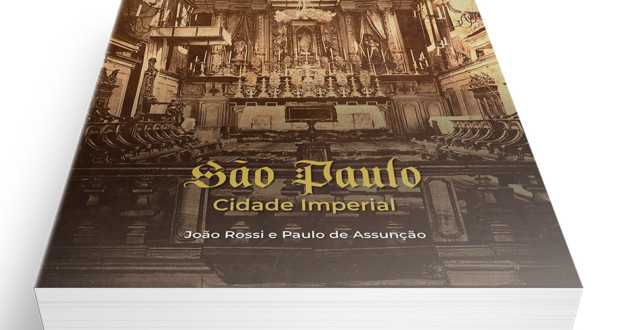 (…)The bronchi of the city that had been the Straight Street, Saint Benedict and the Rosary yielded the time for railway lines. The forward progress and São Paulo turns.

Museu de Arte Sacra de São Paulo – BUT/SP, institution of the Department of Culture and Economy of the State of São Paulo Creative, a follow up to the anniversary celebrations of her Golden Jubilee to be completed in June 2020, launches book São Paulo Imperial City, authored by John Rossi and Paulo Assunção. The publication, composed of texts written by the authors in their areas of expertise, comes for about 140 photographic records that fulfill the role of history witnesses.

A study of the formation and the historic evolution of the city of São Paulo between 1822-1889, period comprises the declaration of independence in 1822 until the proclamation of the Republic in 1889 It is the embryonic source project which resulted in the publication. The goal is to identify the changes that occurred in the city of Sao Paulo from the moment it becomes a student town, and the impact that the coffee economy brings to the city with the presence of immigrants who changed the peaceful life of the site since the early nineteenth century. The survey takes into account the growth of the coffee economy in the Paraiba valley and West Paulista who promoted a "new" foundation of the city of Sao Paulo from the arrival of the railway.

The city of São Paulo is the largest city in Brazil and one of the world's largest, marked by differences and antagonisms surrounding the postmodern world. Despite its importance on the world stage, few studies in recent years have devoted attention to the history of the city of São Paulo.

The changes occurring in the city reported on performed surveys show the time 'zero' of these changes. The arrival of the railroad causes huge local changes. The rail network called and modified the urban space with the construction of palaces, avenues and squares, requiring new forms of existence compatible with economic progress, immigrants which participated markedly in their construction. These facts by themselves induce discussions on the conditions of material life of the student segments, as academic broad San Francisco to invigorate the cultural and economic life of the city, with shops, factories, hotels, Parties, plays and serenades. It can be said that most of the data revealed dealing with individual aspects of the progress and the city daily, without offering an adequate view of the evolutionary process for understanding the transformation of a village in metropolis. This publication provides greater insight into political life, economic and social of the city of São Paulo in the nineteenth century, featuring the transformation of urban space in the city. 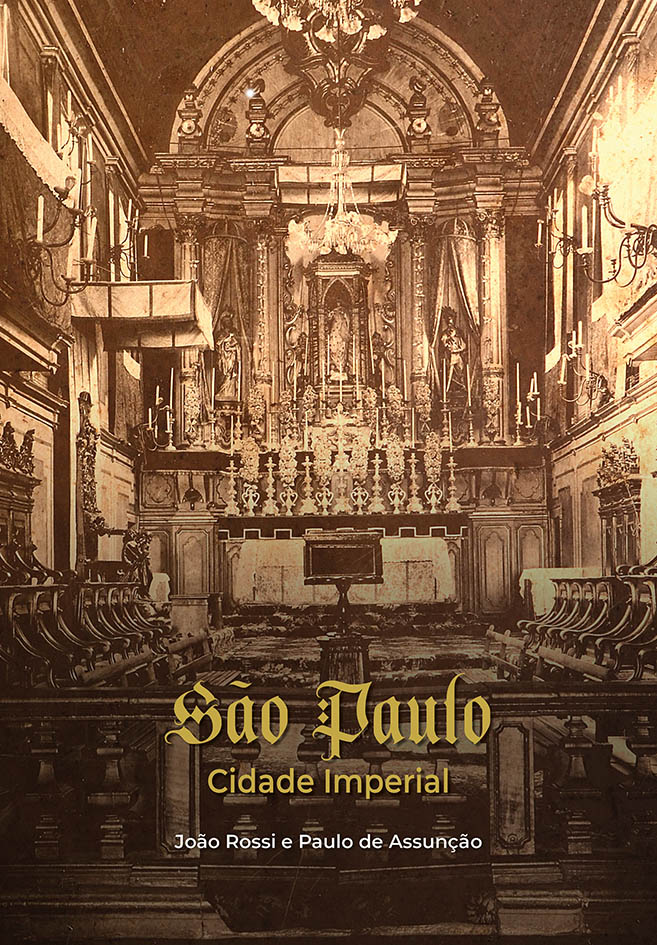 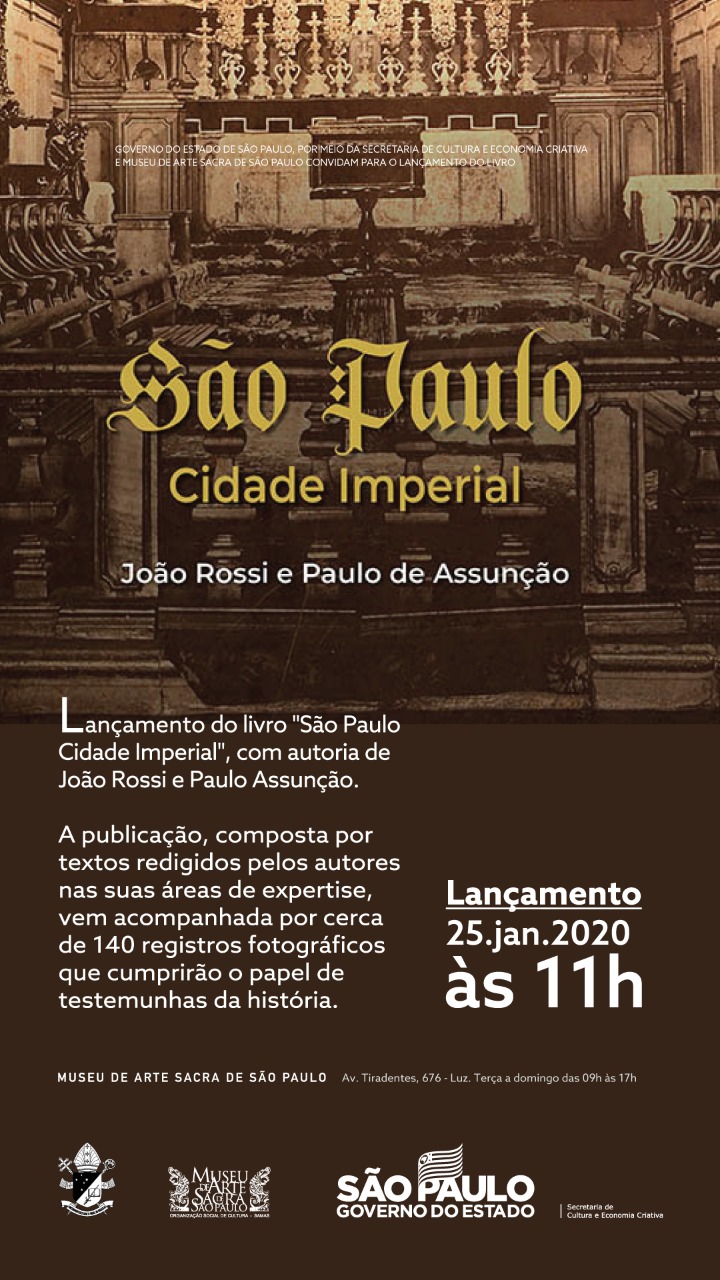 In the early nineteenth century, which predominated in the outer insulation sites was. Occasionally passing drover, peddler or traveler, breaking the monotony of the daily lives of residents, lost in the immensity of a territory, with the exuberant nature for company. On these occasions, passing someone was an odd event that made the neighborhood residents meet to know or know who the person was and what new she had to tell of other lands. Such was the imperial city of São Paulo.

The situation turns and concrete records exhibit representing the railways for the City of São Paulo: The bronchi are the two lines, Inglesa, part of Santos, and São Paulo and Rio de Janeiro, that attaches to the road Pedro II. By these routes is that the city was the movements of inhalation and exhalation air, so necessary to the life of the capital, taking in the Light Station and its references Brás Station.

The Sacred Art Museum of Sao Paulo, institution of the Department of Culture and Economy of the State of São Paulo Creative, It is one of the most important of its kind in the country. It is the result of an agreement signed between the State Government and Mitra Archdiocese of Sao Paulo, in 28 October 1969, and its installation date 29 June 1970. Since then, the Museum of Sacred Art of São Paulo came to occupy wing of the Monastery of Our Lady of the Immaculate Conception of Light, in Avenida Tiradentes, downtown São Paulo. The building is one of the most important monuments of colonial architecture São Paulo, built of rammed earth, rare remaining example in the city, last farm convent city. It was listed by the Historical and Artistic Heritage Institute National, in 1943, and the Council for the Defense of Heritage, Architectural artistic and the State of São Paulo, in 1979. It has much of its collection also listed by IPHAN, since 1969, whose priceless heritage includes relics of stories in Brazil and worldwide. The Sacred Art Museum of Sao Paulo holds a vast collection of works created between centuries 16 and 20, counting with rare specimens and significant. There are more than 18 thousand items in the collection. The museum has works of recognized names, as Frei Agostinho da Piedade, Frei Agostinho de Jesus, Antonio Francisco Lisboa, the "Aleijadinho" and Benedito Calixto de Jesus. Noteworthy are also the collections of nativity scenes, silverware and jewelery, Lampadarios, furniture, altarpieces, altars, clothing, liturgical books and numismatic.

Previous: Show the Chinese New Year will be the Wire Opera House
Next: In memory of Holocaust, the Italian Institute of Culture of Rio performs single session of the documentary "Hell Mittelbau Dora", that diretora italiana Mary Mirko Soap, Monday, 27, at the Cultural Center of the Judiciary (CCMJ)