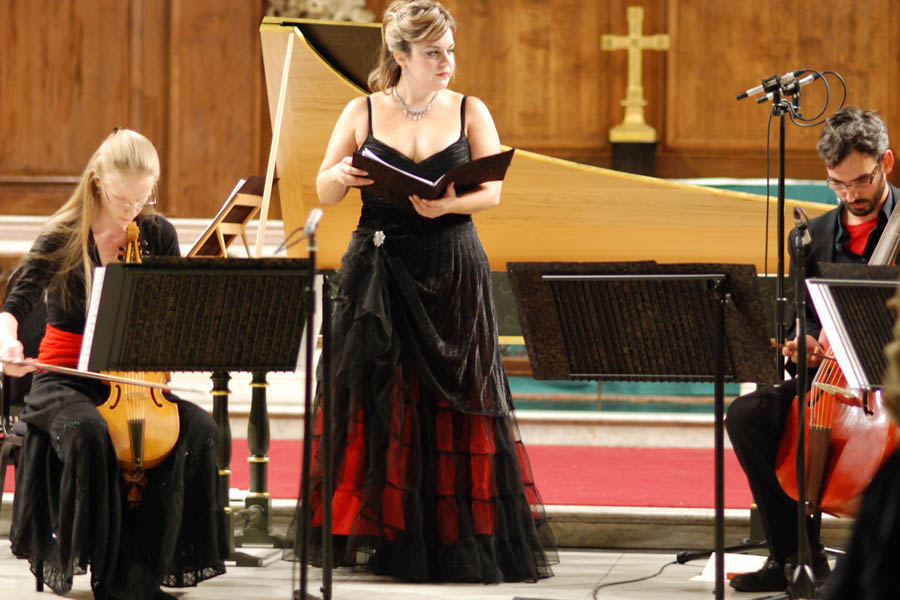 The chapel Santa Maria receives this weekend, Friday (04) it is Saturday (05) at 8:0 pm, more a spectacle of Opera Series Illustrated, the staging of Marc'Antonio e Cleopatra. The Serenade by Johann Adolph Hasse (1699-1783), has the musical direction of violinist Rudolf Richter and scenographic direction of actor, Director and set designer Italian Roberto Innocente.

Marc ’ Antonio and Cleopatra is a novel work in Brazil. Composed during the stay of the composer in Naples, featured the performance of Farinelli (1705-1782) in the role of Cleopatra and the contralto Vittoria Tesi (1700-1775) as Marco Antonio. This reversal of what would be today the natural arrangement of the papers was very common in the Baroque period and emphasized the artificiality of lyrical representation.

It was a camera designed for Opera private performance and with the cast of just two people. The success of Marc ’ Antonio and Cleopatra made Hasse was accepted by the Neapolitan Court and inspired new committees of citizens and prominent theatres of Naples and, eventually, served to expand the fame of Hasse to every corner of Europe.

The project Illustrated Opera provides the presentation of another show by the end of the year, in the next few days 11 and 12 of december, turns out the Opera ' Master!? Oops! ’. The shows are chosen by means of public notice of the Municipal Culture Fund, via the Cultural Foundation of Curitiba. "The Opera Illustrated meets a demand of lyrical corners and provides the community with the knowledge of the world of Opera", says the Chairman of the ICAC, Marino G Jr. In addition to these it will happen, two others have already been presented on the stage of the chapel Santa Maria in this year 2015: ' The beautiful and Faithful Ariadne and Operetta 1.

FACTSHEET
Cleopatra-Gabriella Di Laccio- (UK/Brazil)
Winner of the Air Europa Lukas Award being chosen "Classical Act of the Year" in London, March 2013; the Gaucho Gabriella Di Laccio, with its lyrical coloratura soprano voice, is gaining more and more space in the music scene. Rooted in England since 2001 the artist was recognized as an outstanding talent singer ' by the conductor Sir Charles Mackerras. Gabriela gained notoriety in recent years due to his interpretations of coloratura virtuosístico repertoire in particular Vivaldi and Handel.

Marc'antonio – Paul Master- (Brasil)
The silver House, our Marc'Antonio will be represented by natural Countertenor of Curitiba. Paul Master has been developing important career as a soloist in and outside Brazil. Highlights in international presentations: Washington with the Ward Antiqua of Curitiba; in France as invited by Unicef; in Paris and Metz under Ricardo Kanji; The Gulbenkian Foundation in Lisbon and Spain and also in the Styes in Bolivia; in Canada; in Germany; in Israel; Costa Rica; Uruguay; and in Argentina – Buenos Aires, Córdoba, Rosario and Mendoza.