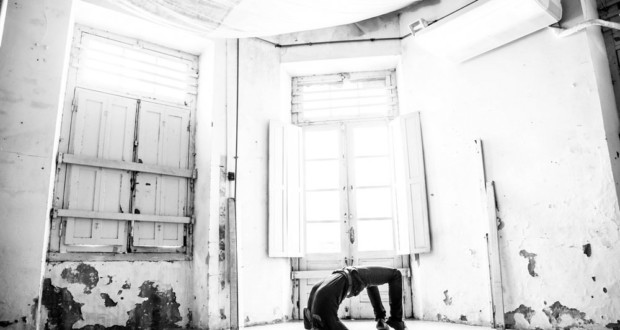 The contemporary dance solo “Inmate”, by Elke Siedler and performed by dancer Diogo Vaz Franco, based on the work of Oscar Wilde creates an ambience about the transience of pain in a State of seclusion. The premiere will be the day 11 de Mayo, at 8:0 pm, in SESC Prainha

Understand the depth of the work of Elke Siedler is turning into. The weaknesses that deal with the body of the dancer Diogo Vaz Franco on the scene are uploaded in particular doses by passers-by of this century and of yore. The body continues to feel the pressure of the chicanery of the world under your back, to isolate the berro. The contemporary dance solo Con, that first day 11 and 12 de Mayo, at 8:0 pm, at the Teatro SESC Prainha, Constructs a flow path from the existential movement. Has no claim to represent a pain, but creating an idea of transience of suffering, without despise him as a condition of the existence.

This dance was born of an artistic partnership between Elke and Diogo. The dancer holds a degree in Theater Arts from the University of the State of Santa Catarina, UDESC. Sketched the first page of this project in 2008. At the time found in the work “De Profundis”, the British writer Oscar Wilde, the end of the century 19, the basis that the stimulated to enter into the creative process. Wilde was sentenced to two years in prison and hard labor just for being gay, condition prohibited under current society. The novel involving the young Lord Alfred Douglas, nicknamed Bosie, took him to jail, where wrote a series of letters addressed to "the damn lover, the traitor who turned his back on man who devoted love.

The story touched Diogo. “I thought the narrative too strong, the way he handled the situation. A man of high society shut-in in the trials and their own vulnerabilities. He drew up the bitterness of pain of having experienced the love of a spoiled man, ungrateful and insensitive, a novel acid, exposing their feelings and their contradictions. The place of the error remembered daily, the repression, sexuality turned into poetry. I found a lot of artistic power in this work”, explains Diogo.

With the project approved by Elisabete Anderle to stimulate Culture 2015, After seven years shelved, Diogo rescued the proposal and invited the artist Elke Siedler to compose and direct the work. “Is not a literal work, much less representation of a character. Follow the understanding that every body has moments of pain and what you do with your pain? Oscar Wilde did not run away from her, because the body was confined in a cell”, complements.

Think about the pain, the body in pain situation, a situation of deepening and pain trial permeated the creative processes of Elke Siedler. “The idea is that the flow of the movement set up a poetic environment of Diogo from obscurity/suffering of human existence. He's not playing anything. What matters is what emerges from this flow of movement, as a metaphor, and the understanding of corporality outlined and understood during the 45 minutes of presentation”, Elke account.

And within that environment architected, Diogo lives directions of understanding. Find loopholes in the course, immunizes the resistance, Apart many times on lack of affection. Interlaced in the mazes of anguish, He discovers openings, builds other supports, creates possibilities. “Everything in life becomes, including the pain. Remaining in pain, the pain itself changes, the own production of sense and meaning of pain changes, the quality of the pain inside me changes. Because everything in life changes. So, I want to build this experience with the public. And why talk about it? In the society in which we live, We suffer a biopolitical pressure to always be happy, managed pressure for success, always. We ended up turning into a product to society. We end up turning into an avatar of yourself. The issue here is not to deny, but enter the feeling, in delving into aspects not seen and cysts by our society. No victimization, is another aspect of being in this world”, summarizes Elke. After the premiere, Diogo enters billboard at the teatro da UDESC with two performances in days 13 and 14 de Mayo, at 8:0 pm. Free entrance.

Previous: An artist the weight of gold miner, shielded in a Web of entrepreneurs and investors
Next: Alliance Française carries out chat with journalist Mauricio Torres Assumpção