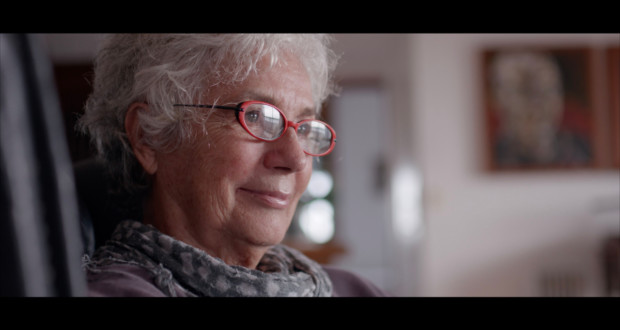 Still circulating with the documentary Zoravia, launched in the first half of 2019, Gaucho filmmaker Henrique de Freitas Lima already working on the third title Series Great Masters, which will be dedicated to the painter, label and author Maria Tomaselli. The first images were captured last week, to record the launch of a book (her name Azelene) and the inauguration of an exhibition of the artist (flights aborted), in Sign Language Gallery.

The team also has recorded the testimony of her husband, intellectual Carlos Cirne Lima. The documentary photography will be signed by Pedro Rocha. And the music production will involve the harpsichordist Fernando Cordella, in his debut on tracks for film.

Currently, director Henrique de Freitas Lima is traveling the Rio Grande do Sul interior with his previous films. This Friday, 12 July, at 3:0 pm, participates in an annotated session Danube Week of Bage. The event takes place in Santo Antônio Theater, in the Historic Center of Vila Santa Thereza city. And on Saturday, 13 July, at 8:0 pm, features Zoravia in the Cultural Hall of the City Hall release.

In the late 80, the director Henrique de Freitas Lima It was convened by the art critic and cultural manager Evelyn Ioschpe for a special task that recently began. The art in School, today the flagship among the programs nationwide Foundation and headquartered in São Paulo, sought an effective way to educate art, through the use of videos on the artistic work that could be used in the classroom accompanied by teaching materials produced by experts. In the period exercised this function, who perfected his eyes and approached the visual arts, filmmaker licensed to the Foundation over 150 titles, mined in Brazil and abroad. A finding, however, It became evident: It was negligible documentation of artists from the South, in spite of its importance in the national scene. The will to remedy this gap was latent, since the Foundation had among its goals the production of documentaries.

A Series Great Masters started in 2010 with Danube, with the episode dedicated to the artist Danubio Gonçalves. Displayed in Porto Alegre theaters in 2012, the film was licensed to open TVs and signature and is a reference in the segment by language accessible to the general public and integrated content for live images, animation and archival material.

Zoravia, second episode, It was dedicated to Zoravia Bettiol, artist with career decades, consecrated in Brazil and abroad. It was shot in Porto Alegre and Sao Paulo, cities in which the artist has developed its activities along a life dedicated to the visual arts and activism for causes related to culture, environment and human rights. It opened in theaters in Porto Alegre in March 2019 six weeks and remained in theaters. 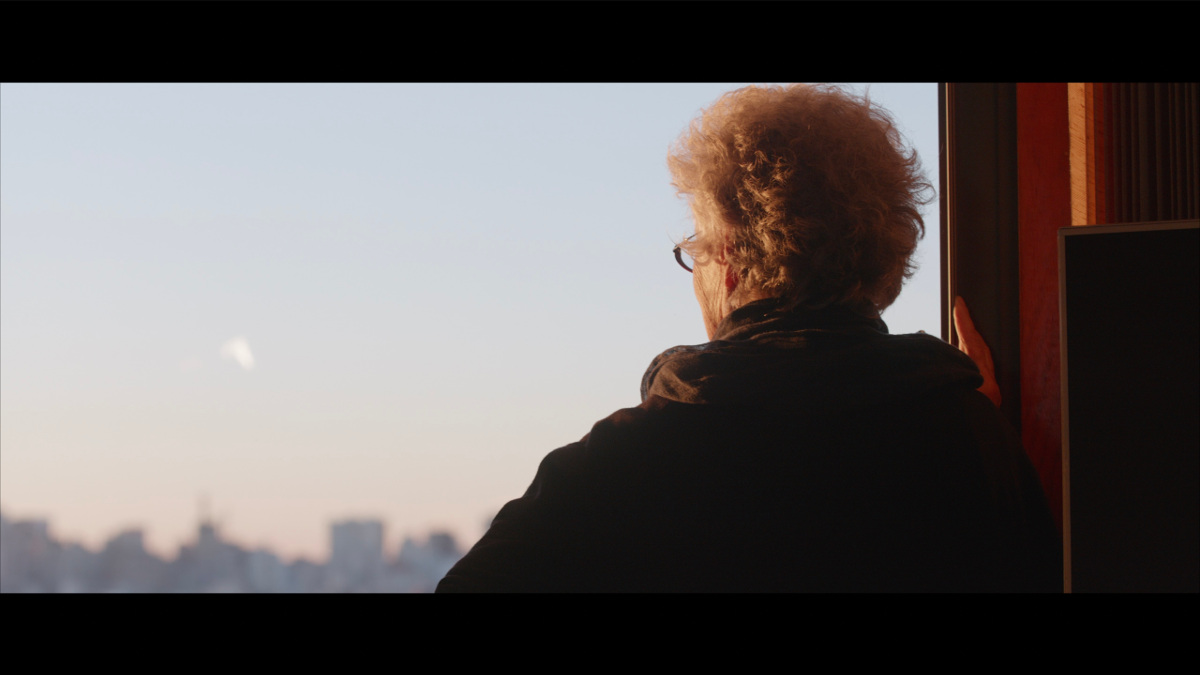 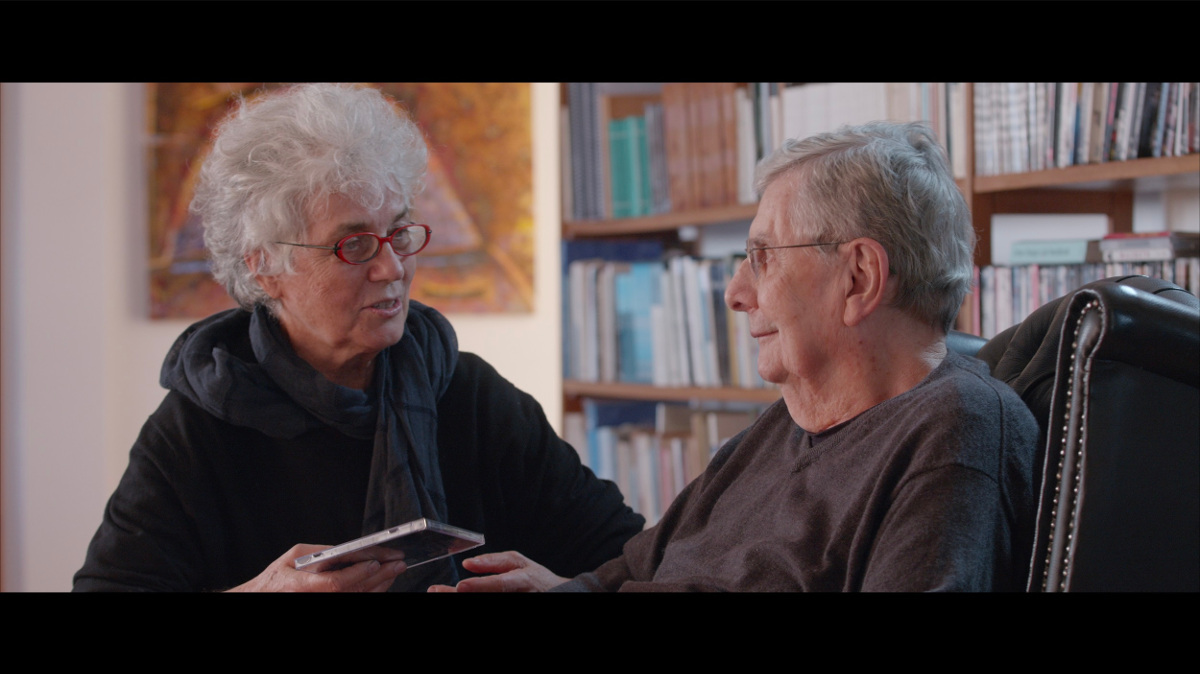 Tomaselli, third film, is dedicated to narrate the life and work of the artist Maria Tomaselli Cirne Lima, born in Innsbruck, Tirol, Austria today, in 1941. Resident in Brazil since the early 60, It has become one of the leading artists in resident activity in South and nationally renowned. Considered Brazil without losing the alpine roots, Mary is a painter, label and also exercising with objects and installations.

In a life marked by hard childhood years in Europe, during and after the 2nd World War, It is an example of persistence and toughness. Married a lifetime with the philosopher Carlos Cirne Lima, whom he met in Tyrol, We owe him the support received has always to be fully devoted to the arts, in spite of its title of Doctor of Philosophy. This film is also a love story touching. This time, Carlos, at the age of 88 years, live serious health problems and she is caring it while still producing. Cautious, the Director has recorded his testimony, critical to the success of the project.

In addition to a long career as a visual artist, that had the names masters like Iberê Camargo, Xico Stockinger, Danubio Gonçalves and Ana Letycia, Mary was always a shaker in the arts, keeping collective publications and workshops. To follow his work and career, the film will undergo Innsbruck (Tirol), Vienna, Porto Alegre, Sao Paulo and Olinda, where the couple kept house for over twenty years.

Carlos Cirne Lima, gazetted professor of UFRGS - Universidade Federal do Rio Grande do Sul, It was annulled by the military regime in 1969 and he had to sustain both as executive companies, skill that had developed in Vienna still a philosophy student. Destined to be a Jesuit priest by his Catholic family, landed in Munich, in German Bavaria, at the age of 13 years old, in 1949.

The hard years of dictatorship Brazilian Military (1964-1985) They served to unite the couple further and led them to live in São Paulo, Rio de Janeiro and Recife. Accompanying him, Maria added new ways and influences to his work.

In recent years, It has been dedicated in parallel to write and publish texts. Thus with Kai (2015), autobiographical account in which no shortage of references to husband and deep discussions on art, Vito (2017), storybook that deeply analyzes the artist's condition, and Azel until (2019), Your first exercise of fiction from the experiences as oficineira arts in Central Prison of Porto Alegre together with Iberê Camargo. Kai It is the basis for the screenplay.

great Masters: Tomaselli promises to repeat the success of previous films, Danube and Zoravia, with its own identity. Designed to appeal to experts, but for the general public, They have language and vibrant pace and add to the testimony time pictures, animation and other resources.

Previous: Tomorrow the museum will have free programming for July holidays
Next: Community Samba da Vela celebrates 19 years with a special presentation that brings Osvaldinho of Cuíca and honor of Beth Carvalho