…a contribution to Brazilian cultural diversity…

Museu de Arte Sacra de São Paulo – BUT / SP, institution of Department of Culture and Economy of the State of São Paulo Creative, inaugurates, at MAS Room/Tiradentes Subway Station, to collective exhibition “NAIVE; modernists, contemporaries, timeless”, under the curatorship of Marinilda Boulay. With seventy-six artists, coming from the most diverse parts of Brazil, a clipping of Brazilian naive art is displayed in the 85 works chosen by the curatorship that embrace various supports such as paintings, collages, drawings, watercolors, engravings, sculptures, embroidery, seams and patterns.

As part of the program dedicated to the centenary celebrations of the Week of Modern Art in 1922, the selection presented is “marked by the transgressiveness, the irreverence, the miscegenation, religious syncretism and the determination to keep our capacity to dream alive. The works presented are heirs to the audacity of those young people from 1922, and denote the pressing need to build, today, the Brazil we want in the future, with your multiple accents, cultures and narratives”, curator defines.

The implicit permission of the homage paid to Modernism, characterized by its search for a break with the European academy of the period in which the show took place in the 1990s. 1920, contemporary Naïve Art of the second decade of the 21st century may be described by the art critic Oscar D’Ambrosio when he analyzed it in his own time.:” This exhibition brings elements to this in the sense of being carried out by an optic that believes that studies and actions from the movement of 1922 gain meaning and significance when viewed from a perspective that seeks to link past, present and future". 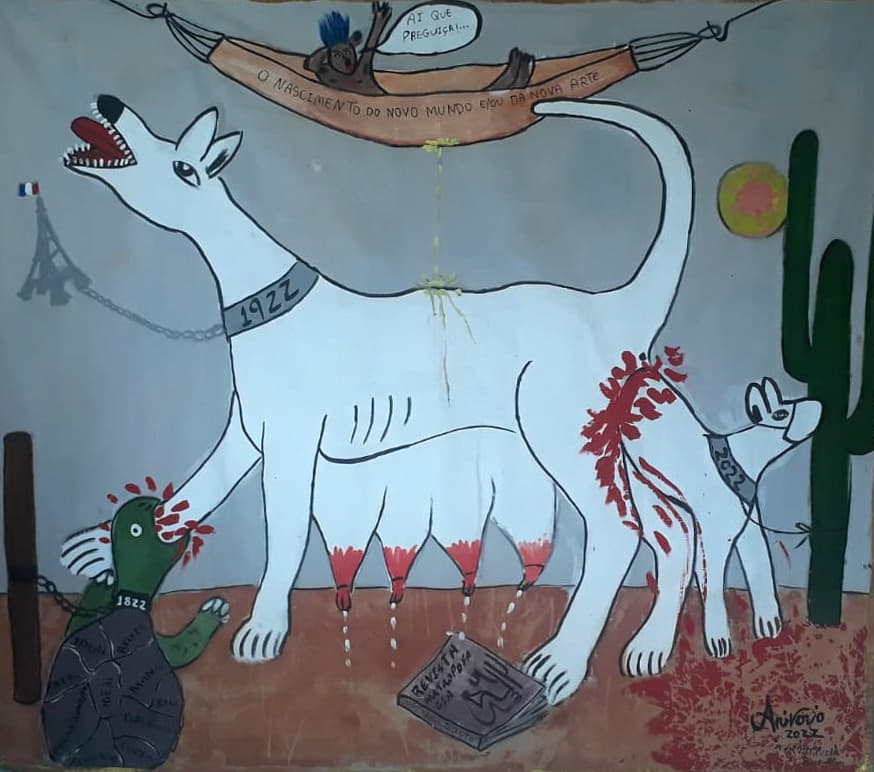 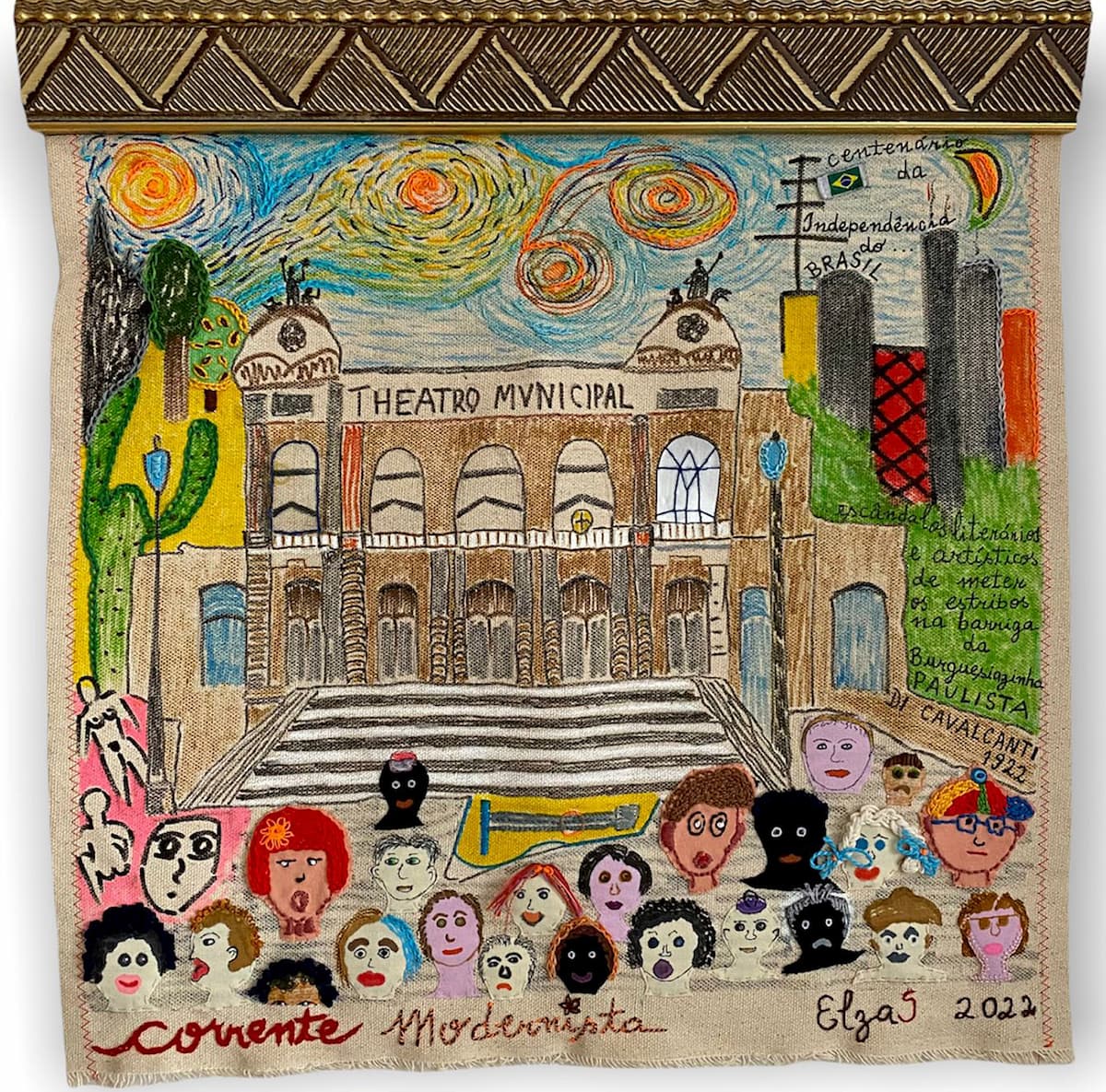 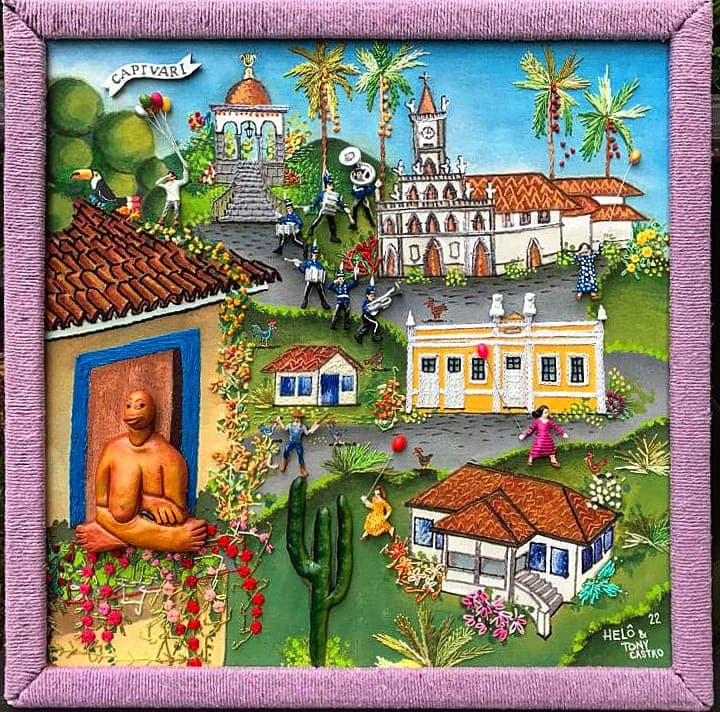 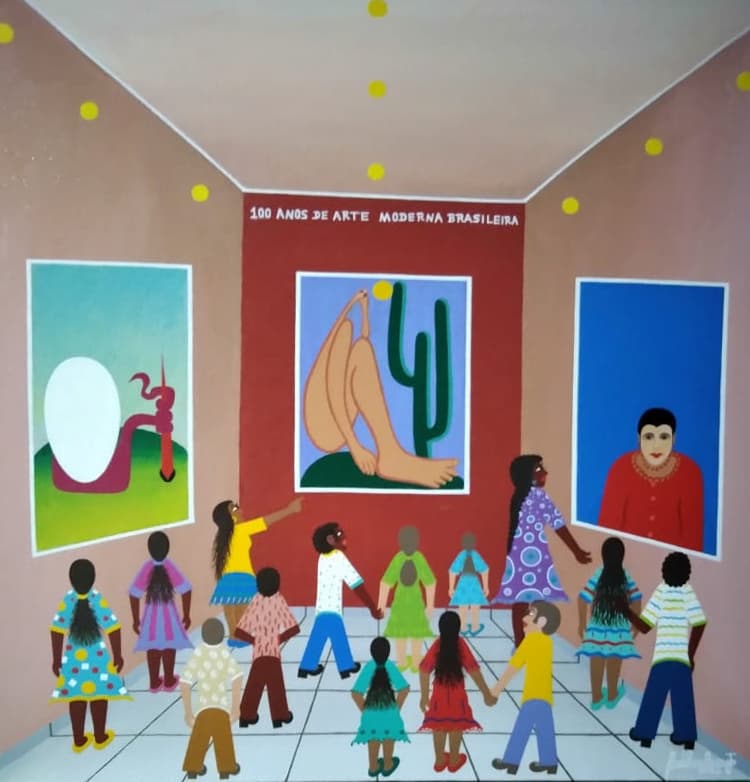 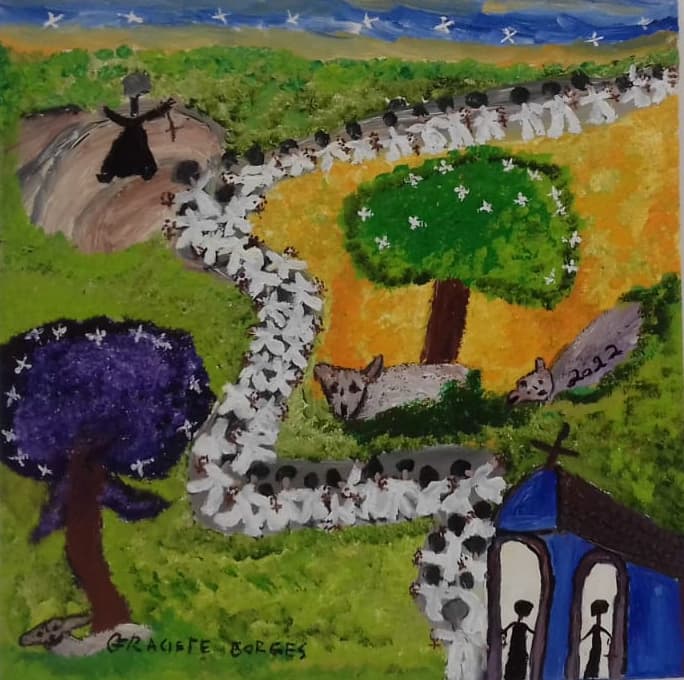 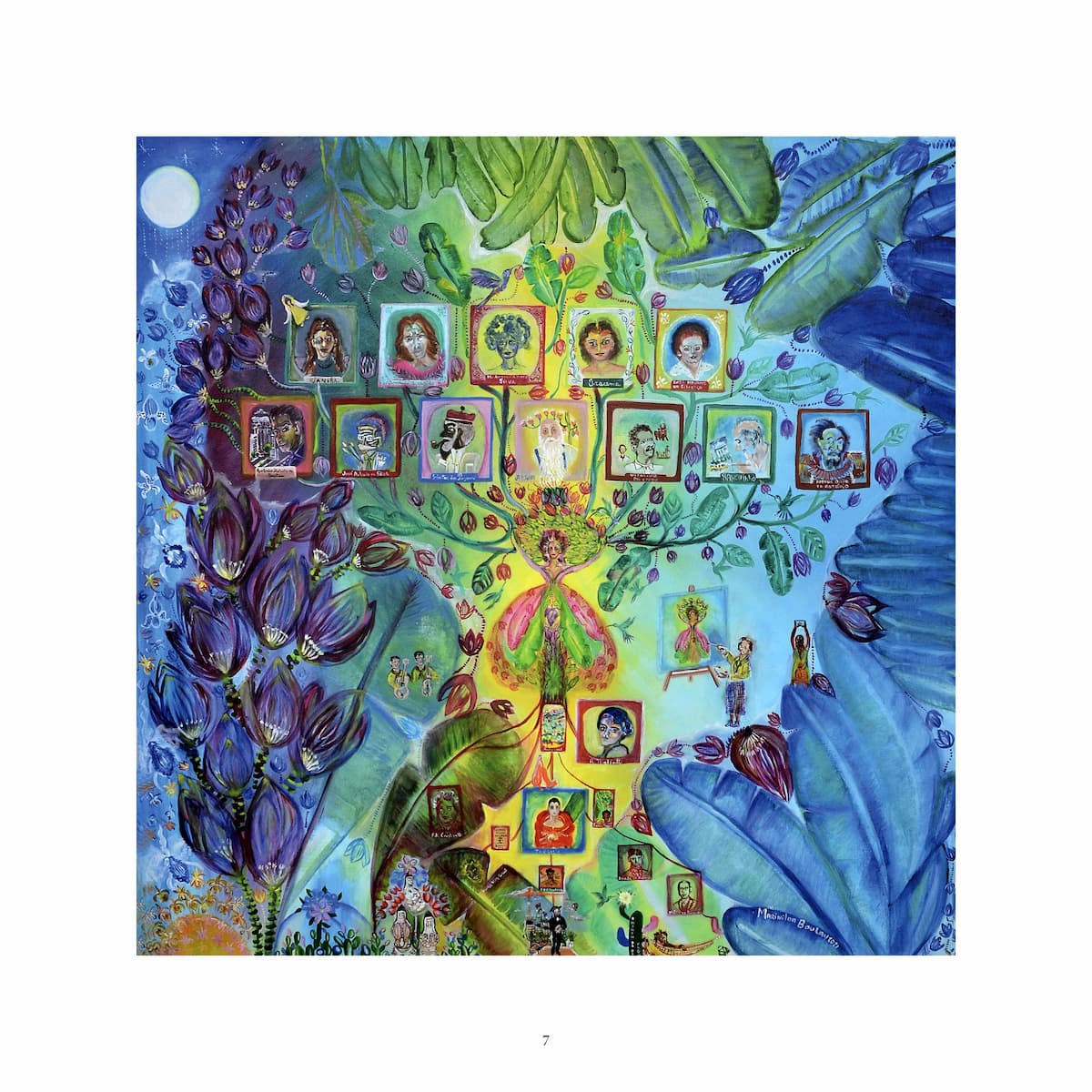 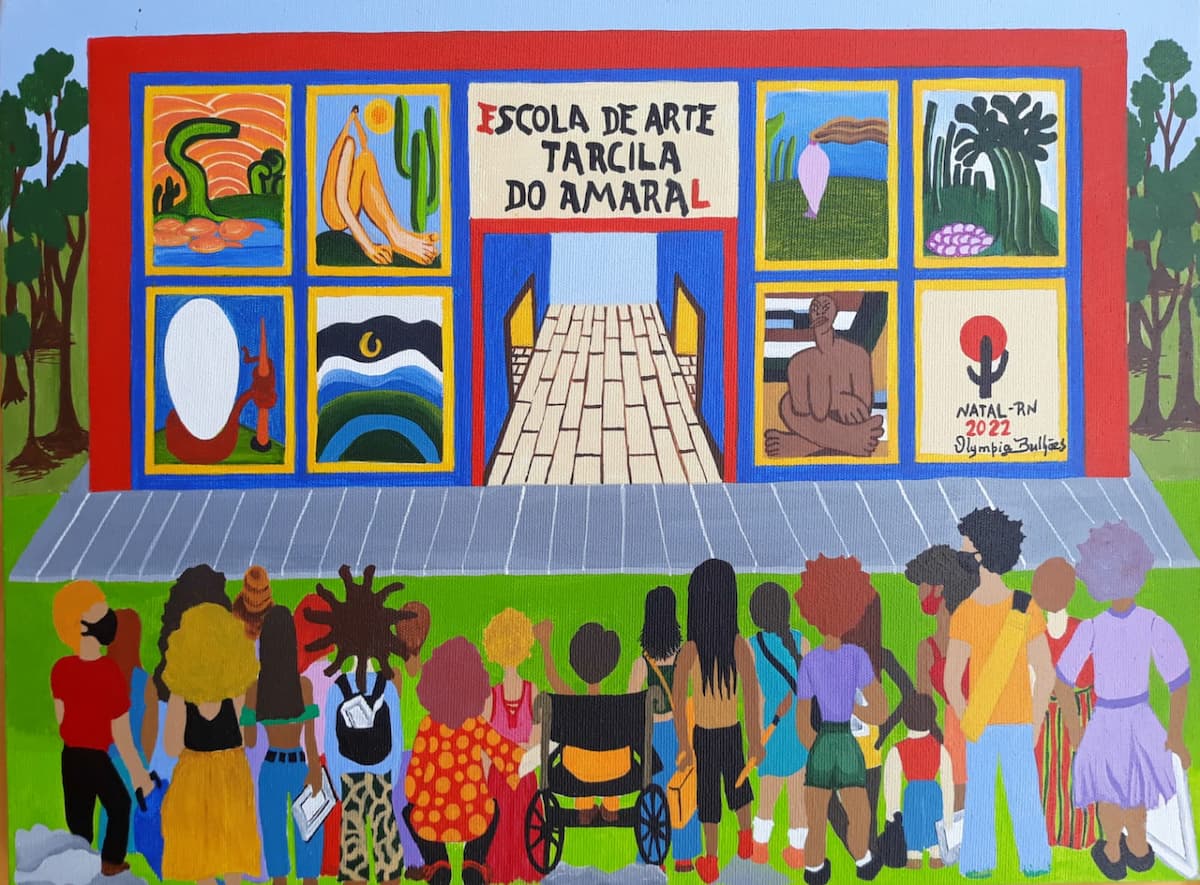 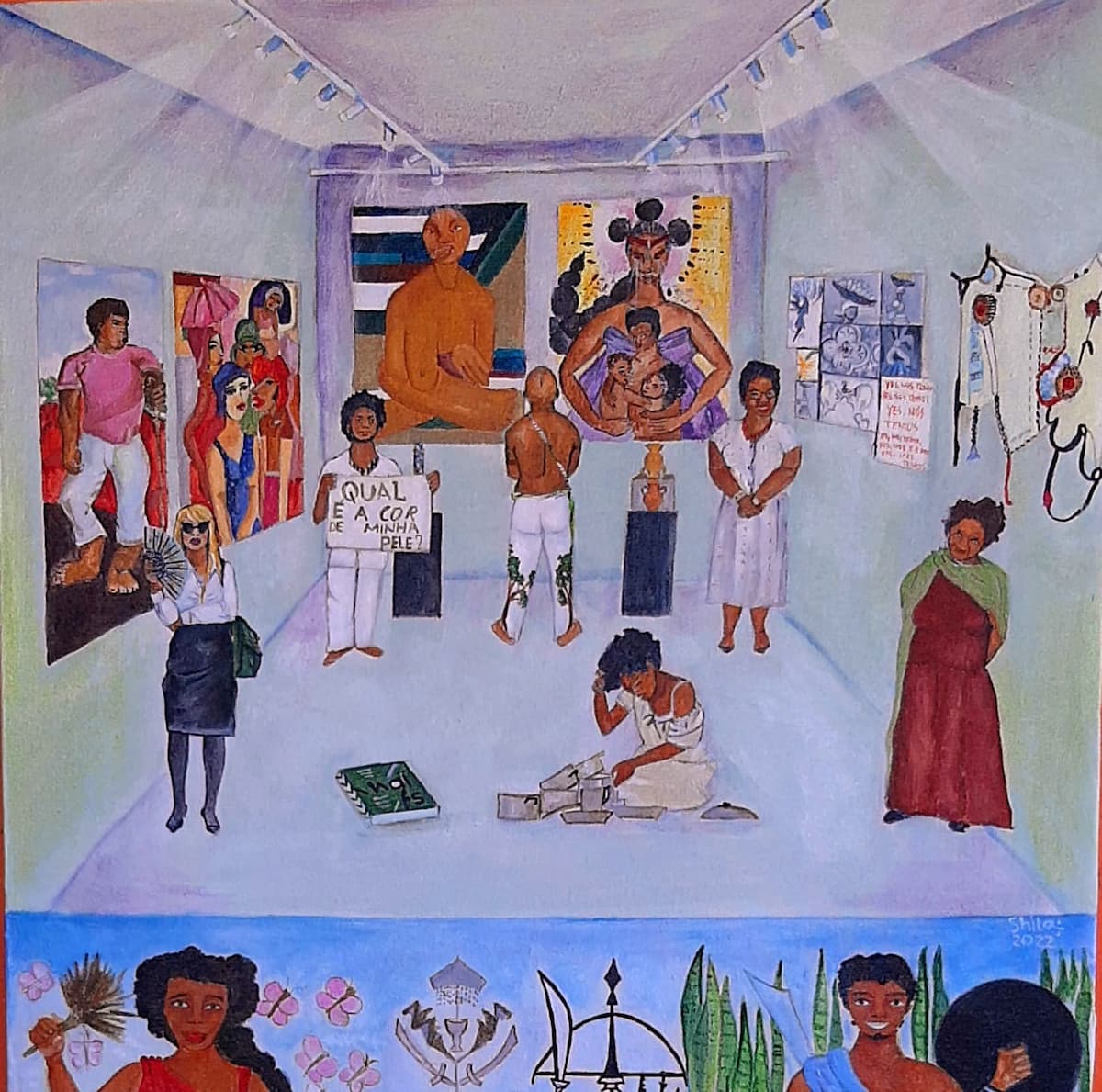 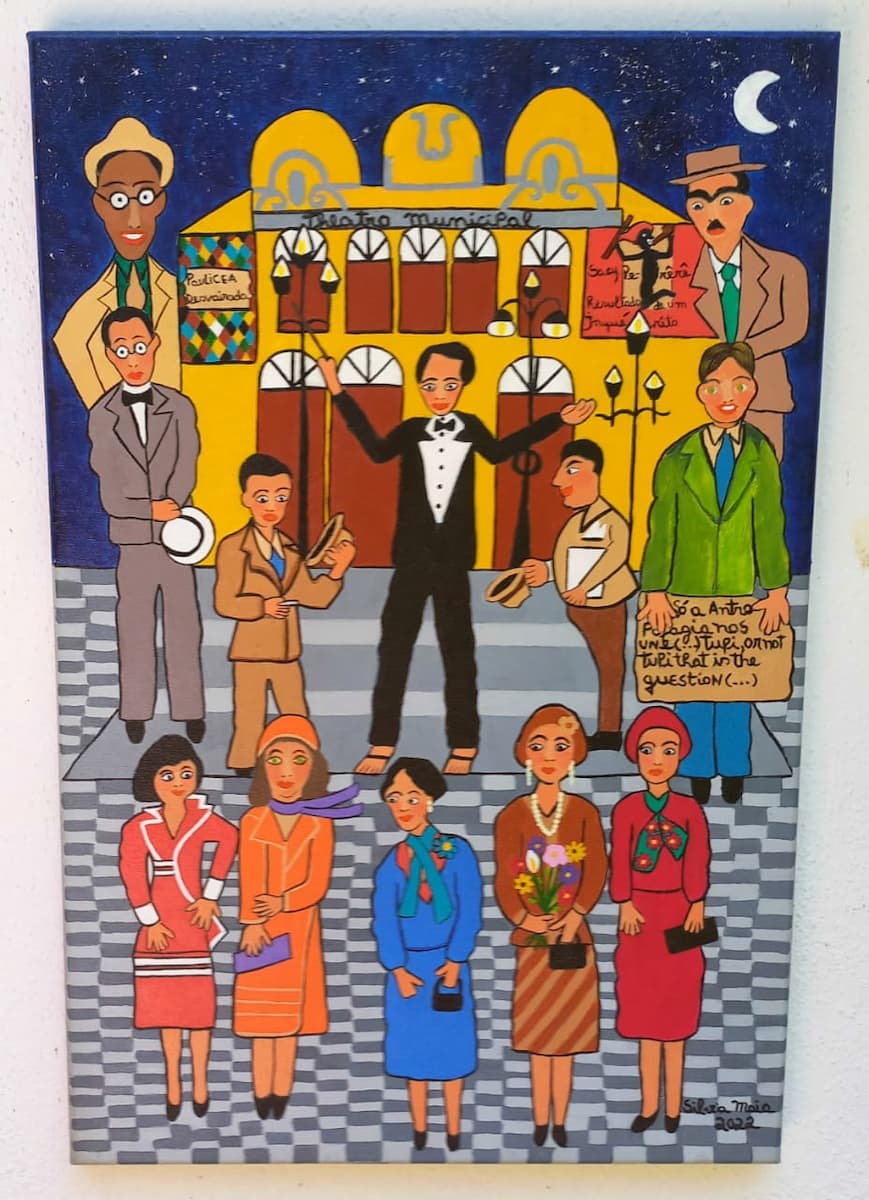 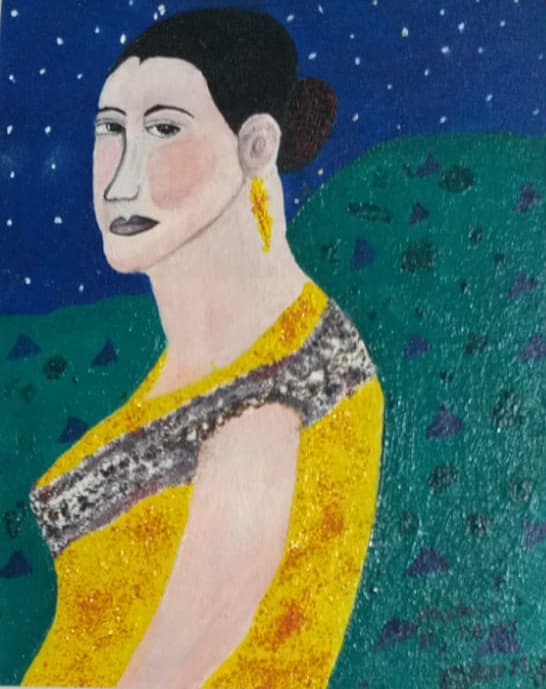 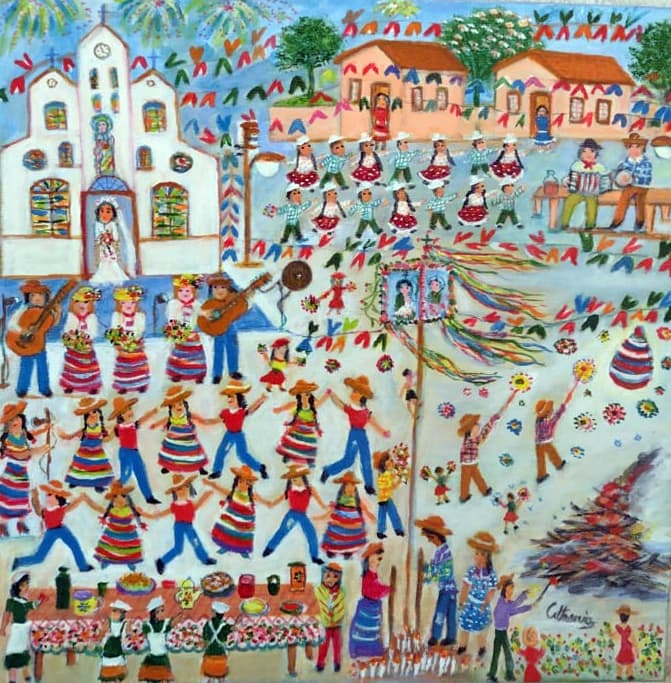 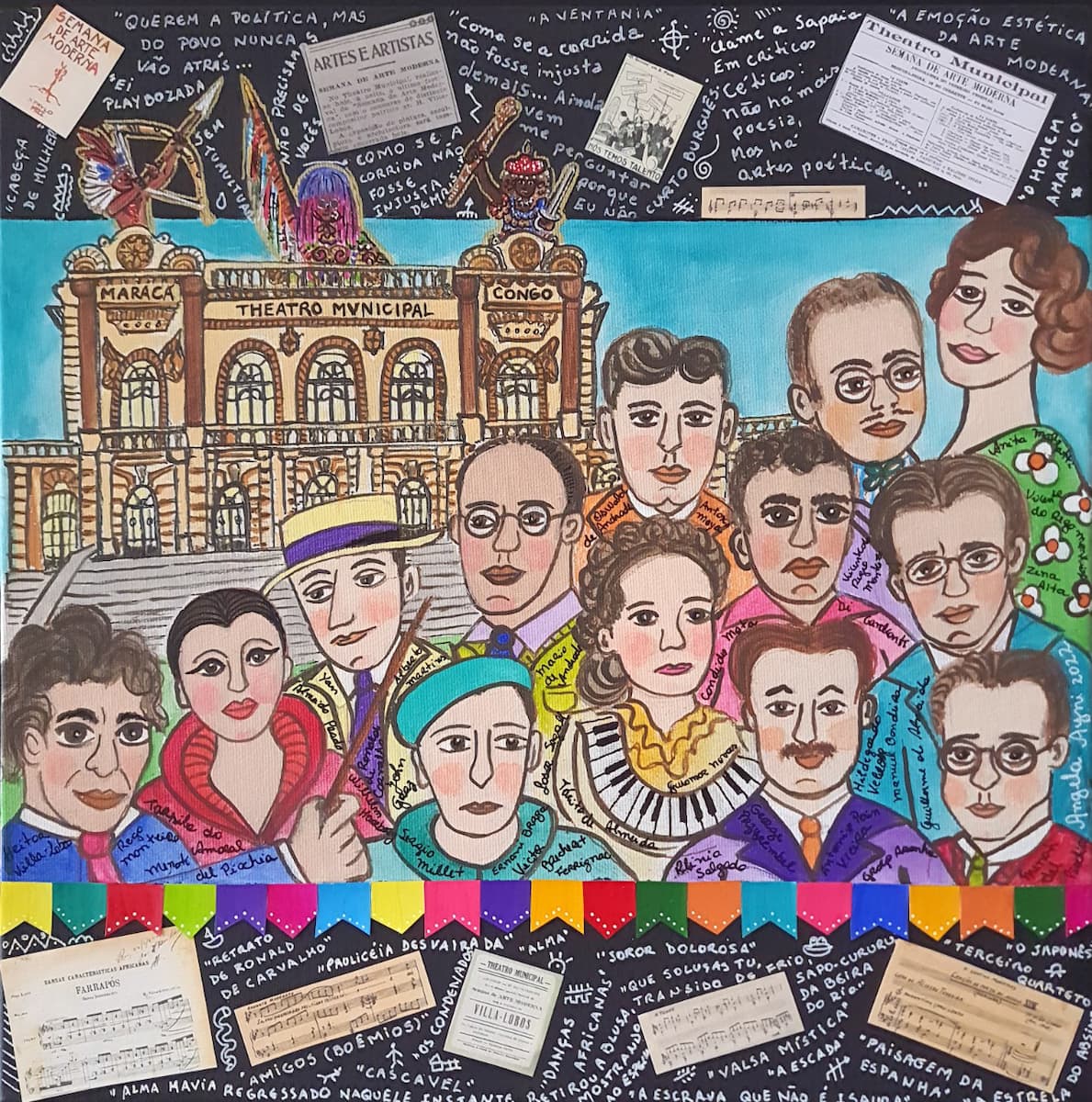 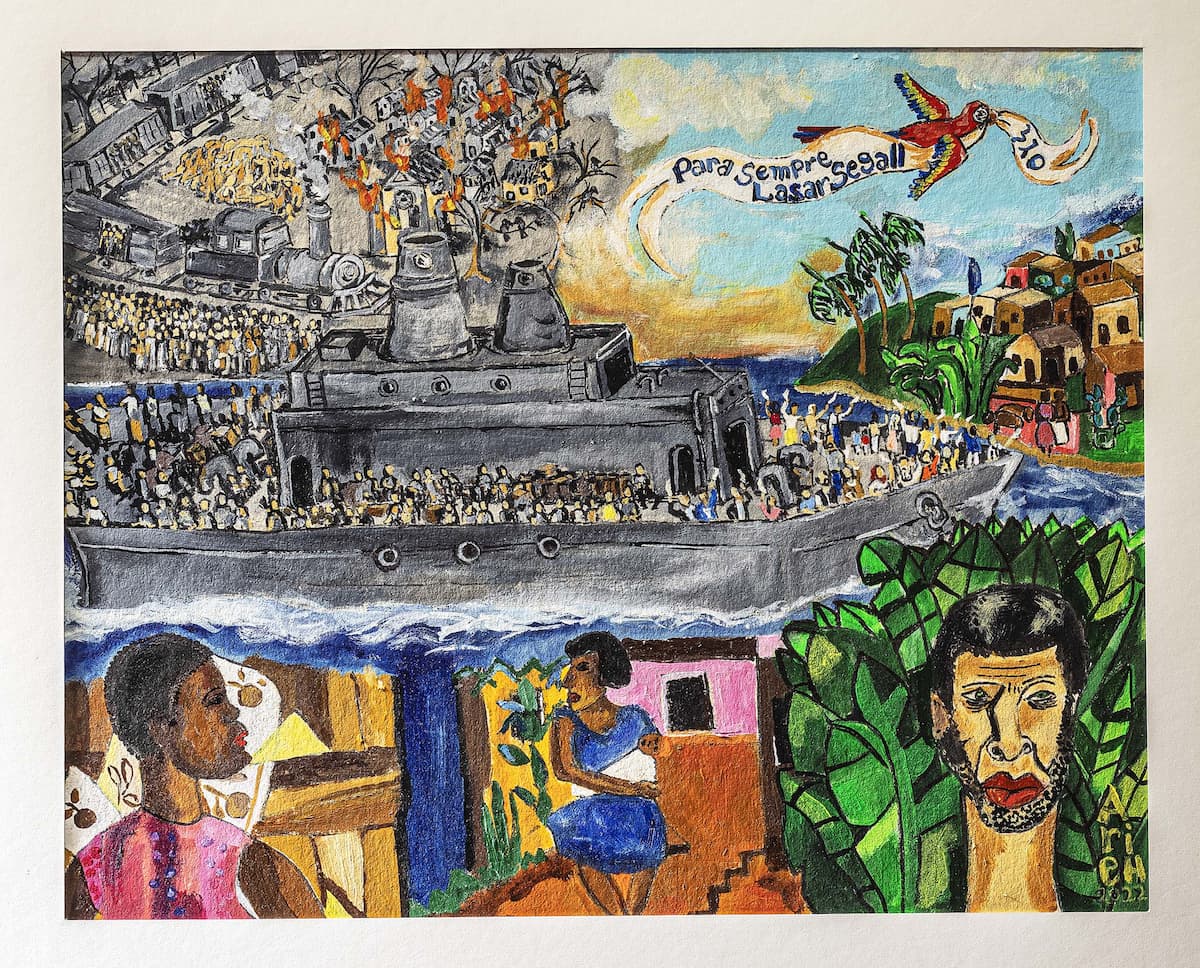 On the one hand, we have Modern Art, which by definition is a set of trends that began to develop in the second half of the 19th century., reaching its apogee at the beginning of the 20th century and, at this time, made visible its commitment to breaking with the traditions that were rooted in the history of art. On the other hand, Naif art has always been, and still is, an intuitive break because, conceptually it is attributed to the production of self-taught artists who create and develop authorial and original languages ​​of expression.

“NAIVE; modernists, contemporaries, timeless” brings the contribution of Brazilian cultural diversity, whether of European origin, afrodescendant, indigenous, in the construction of the idea of ​​modernity, of what makes us plural and singular at the same time. The show presents popular culture not as an element of the tradition of the past, more like something, that feeds the timeless naïve art, which has as many definitions as the number of artists participating in this show”. Marinilda Boulay 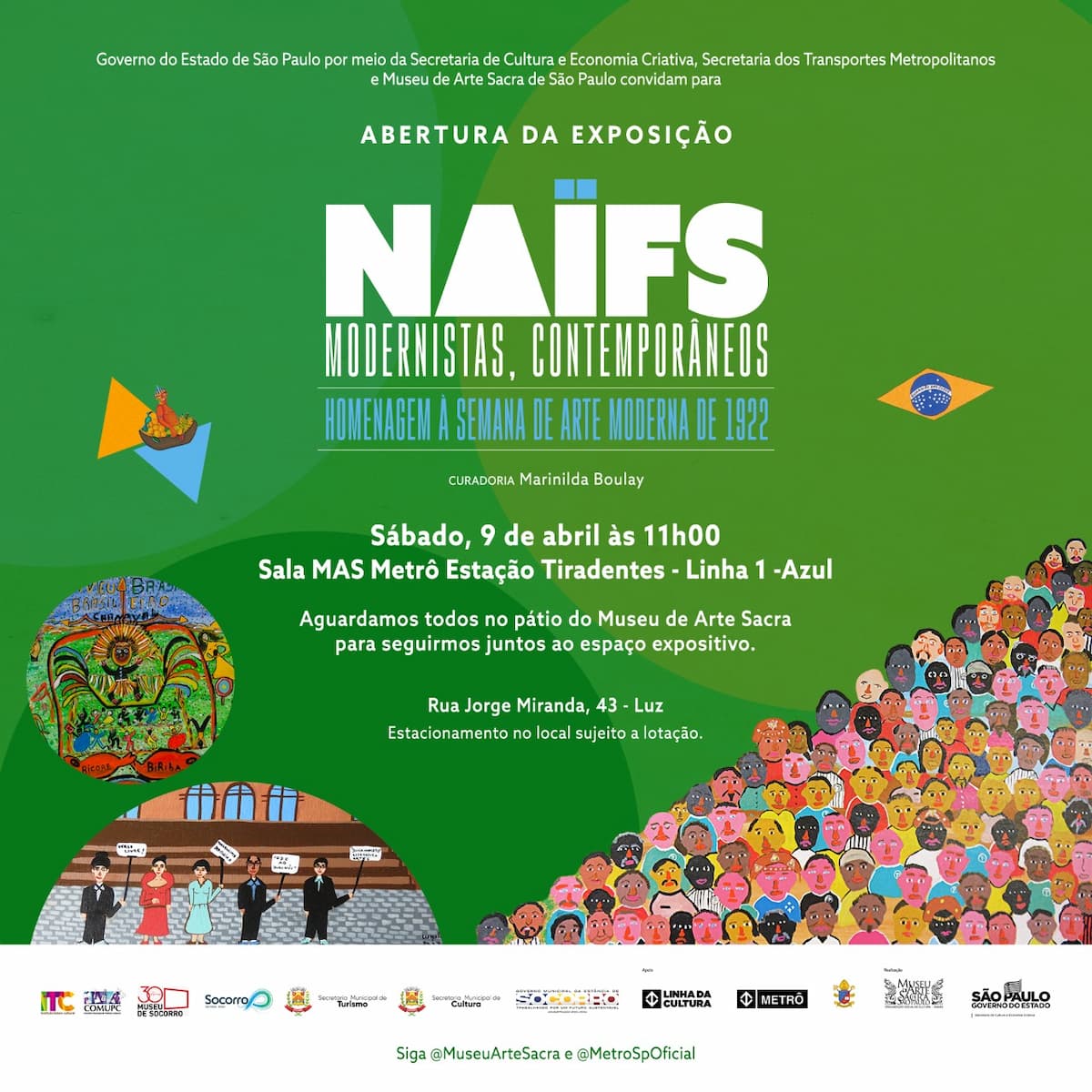 Previous: IT'S SACRED, IT'S MODERN
Next: Centenary of the Modern Art Week is celebrated in Ouro Preto in style