Home / Art / "Believe me, a spirit Down on me!"at the Teatro Bibi Ferreira

"Believe me, a spirit Down on me!"at the Teatro Bibi Ferreira 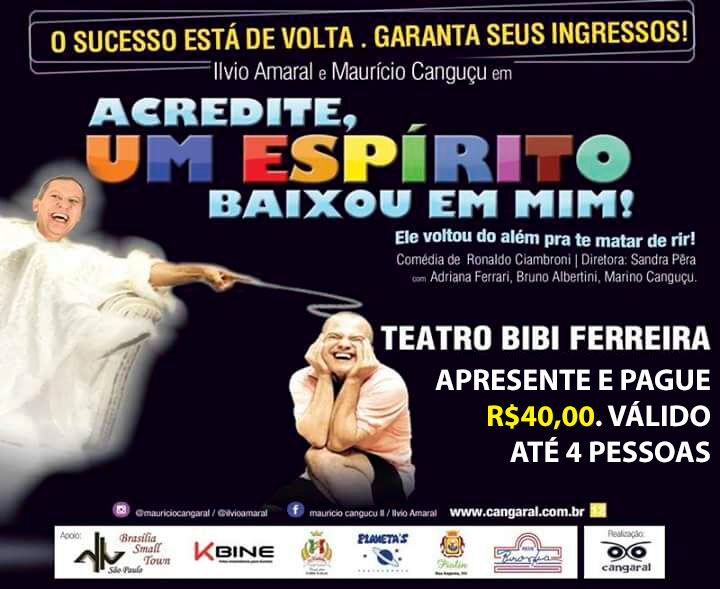 "Believe me, a spirit Down on me!"at the Teatro Bibi Ferreira. Disclosure.

The play tells the story of a homosexual, not satisfied with his own death, that run of heaven to live new experiences and ends up creating a big mess after incorporate in a sexist radical.

The comedy has led more than 3 millions of people to the theater, and is completing 19 years in poster.

Previous: Therese Mazzei presents “Possibilities” in the Gallery of the House of Paul Barry
Next: New gallery in port area tells the story of the region on permanent display