Home / Art / In addition to literature: the journey of writers who work in other artistic fields 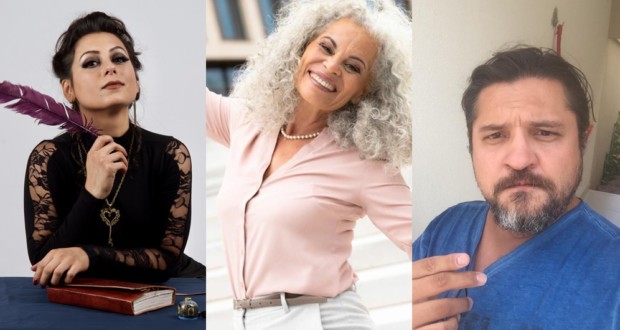 Theater and painting are some of the talents besides writing

Several authors are known in the literary world by many readers, but many of these audiences do not know that these artists are not limited to literary works. This is the case of national writers who are also featured in theaters and on painting canvases, some working in the field as a profession and others as a hobby.

"The stage and I are an old love", a writer C. A. Saltoris he says he started on the catwalks when he was four years old. His adolescence was marked by rehearsals and theatrical performances, performing on big stages and also on the streets. "My first role was Juliet", the artist hasn't lived all the characters she'd like, but keeps investing more and more in his career.

The artist currently resides in Germany and sought her artistic identity there, in which he learned a lot about fencing and dubbing. "At twenty four, I studied again to become a theater director", C. A. Saltoris took a break on the theatrical stages and also as a coach in the field of entrepreneurship, in which he took his knowledge of acting by training lecturers and businessmen for better speech skills. "Today I continue to undertake and use my profession as part of a whole, uniting the worlds I create with my cosplays that are works in a theatrical way in the frame Telling Stories with Walpurgis Hollow on my YouTube channel.”, concluded.

The writer Telma Brites has a similar story to C. A. Saltoris, in contact with theater stages since childhood, the artist has released a new edition of Gaia trilogy also by the Coherence Editorial Group while residing in German territory."Being an actress is in my dream, living on stage is part of my life", the author remembers her entire journey.

Living different characters in different environments, the artist started her connection with art from an early age and has always received praise for her resourcefulness on stage and on camera. “I always participated in school projects involving performances and also in the streets we played circus, but when I went to Salvador I always won the main theater roles at the schools and before finishing high school we did a play much praised by the students”, remembered.

Graduated in Social Sciences and freelance Portuguese teacher in Germany, the artist has participated in television roles and short films in German territory, but reveals that he spent a long time without acting while writing the books "After 2016 when i started writing, I stopped everything for a long time, and this year I came back again", agencies began to contact Telma Brites and recently she went to Berlin to do a job.

Already Kildary Costa is a dilettante and self-taught person who draws readers' attention with the book “The Park“, released by Editora Plus+, and also explores his artistic gift in painting canvases. “I paint landscapes, but I prefer the portrait, and I'm looking for a style that varies between impressionism and post-impressionism.”, informs.

Graduated in Law, the cearense of 44 years is an artist who is interested in being recognized for his works, but acts in the business as a trade. "It's an activity that helps train the focus, observe details, look for solutions, and that brings great satisfaction when we manage to achieve what we tried.”, Kildary Costa makes paintings with different materials, as color pencil, watercolor, giz pastel.

"It's like a gift we give ourselves", bringing together several painting canvases, Kildary Costa intends to have an art exhibition in the future.

Previous: Multipurpose space in Barra has inclusive toys for children with wheelchairs
Next: Alliance Française of Rio de Janeiro launches Un Jeu D’évasion – an escape game (Escape Game) that amuses, teach and challenge you to victory