A PIECE “OU is a VA, PAPA?” MIND THE STORY OF FATHER OF TWO HANDICAPPED CHILDREN AND WILL BE HELD IN THE DAYS 16 And 17, Units and Tijuca Botafogo

AFrench liança of Rio de Janeiro performs two free performances of the show “Où va is the, pope?” (in Portuguese “Where are we going, Dad?”), on 16, in the unit and the Tijuca 17, the unit Botafogo. The play is an adaptation of the autobiography of Jean-Louis Fournier, winner of the Femina French literary prize 2008.

With adaptation and performance of Xavier Carrar, Layla Metssitane direction and technical direction of Gilles Dieutegard, The show tells the real life story of Jean-Louis Fournier, father of two physically and mentally handicapped children and offers the public all the emotions of life: and ternura, despair, o amor e, especially, o humor, essential in the work of Jean-Louis Fournier to address their most personal drama.

“Reading this book was for me a flood of mixed emotions, was totally lost, between laughter and tears, being engulfed by this strong and captivating story of a father and his two sons poor physical and mental, Mathieu e Thomas. With the director, we all care to respect the writing of Jean-Louis Fournier, always balancing between emotions and mood”, account the actor Xavier Carrara, responsible for adapting the book for the stage.

The events are free and open to the public, presented in French, no translation. 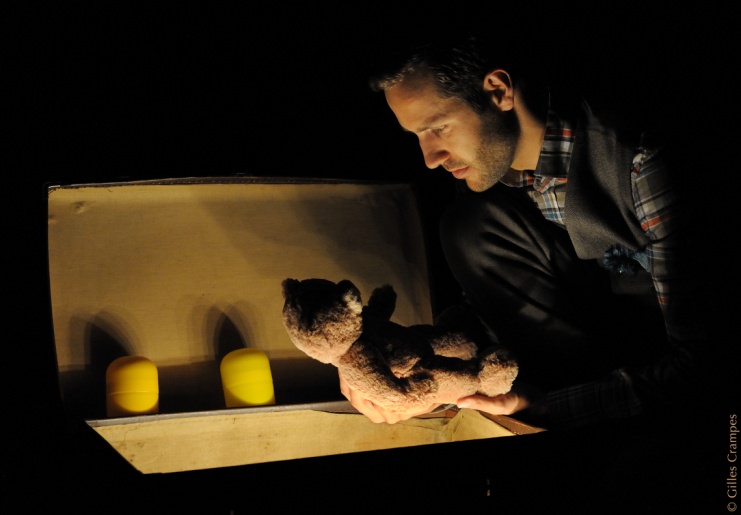 Gilles Dieutegard - He graduated in Sound and Lighting for Superior National School of Arts and Technical Theatre (ENSATT), em Lyon. His first professional experience with Marcel Marceau, who entrusted him with the productions of the shows of the School of Paris Mimodrame. Then, Antoine worked for the Theatre, Theatre of the Porte Saint Martin on Bobino and Disneyland Paris, especially for a European tour to promote the movie Pocahontas. Joined the Comédie Française and became deputy head of the Lighting sector for performances of Alain Francon, Jacques Lassale, Bob Wilson, Alfredo Arias etc and worked with Joël illuminators HOURBEIGT, André Diot, Alain Poisson, Jacques Rouveyrollis, among others.

Theatre at the Alliance Française: “Où va is the, pope?”

Adaptation of the book by Jean-Louis Fournier

Event in French, no translation

Previous: MAR is a child's place by Adriane Constante
Next: Launch of HQ League Cerrado by Sergio Wolf Rock