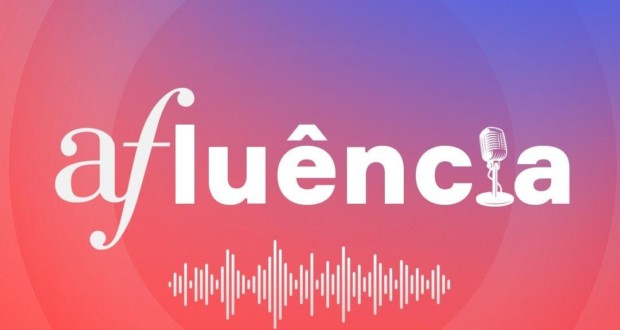 The launch is day 27 April on major streaming platforms such as, Spotify and Deezer. On the schedule three podcasts with audiobooks in French; interviews of francophone personalities; in addition to French tips and curiosities, one of the most spoken languages ​​in the world.

The French Alliance Rio de Janeiro, with the support of the French Embassy in Brazil, launches the podcast channel Affluence, focusing on the dissemination of pedagogical and cultural content on the French language and its speakers. The channel will bring together different types of audio productions, such as interviews with French and Brazilian artists and professionals, reading books in french, capsules with tips for learning the language among other content.

Podcasts will be available on major streaming platforms, like Spotify and Deezer, from day 27 April. For this release, channel programming Affluence will feature three podcasts with different focuses:

Among the contents that will be made available, the first of the readings of “The insurgent”, by Jules Vallès and “Tales and legends”, by Louise Michel, and interviews with Pedro Meyer, co-founder of the innovative French school of programming The cart, which is also present in Rio, and Katia Chalita, journalist and president of the French Alliance Rio de Janeiro.

The channel Affluence was designed with the aim of spreading the French language and its learning, it is also a tool for producing content about French culture and other French-speaking cultures. The podcast is a current and important tool in the development of individual skills while learning a language, and the content broadcast on the Afluência channel can be used by teachers in the classroom or by students in autonomy.

For the production of podcasts, the French Alliance invested in an audio recording studio, assembled at the Botafogo branch and equipped to receive up to two participants, for recording interviews and other types of broadcasts in a professional manner. Teachers and staff will have the opportunity to participate in training with the RFI journalist (Radio France International), Sarah Cozzolino, about radio and podcast production, and it is hoped that in the future the studio will also be able to host students to produce their own podcasts in French. The sound identity of the podcasts was left to the musicians Bidu Campeche and Raquel Rihan Cypel, who created special vignettes for each issue.

The French Alliance has been investing in audio production since the beginning of 2021. In addition to cultural events recorded on video or broadcast live on their networks, events exclusively in audio were highlighted with their contribution to the project Reading nights (Reading nights) in January, and during Francophone Week 2021, with book readings, interviews and even a musical and sound experience in French proposed by the group Lawn.

"Face-to-face" – every first Tuesday of the month

The series Face-to-face is dedicated to interviews with French-speaking personalities about their personal and professional trajectories, without losing sight of the relationship of each one with the French language. The name of the series refers to the French expression tête-à-tête (in literal translation, head to head), often used to describe a more private conversation between two people. The interviews will offer a portrait of artists, Brazilian professionals and personalities, French and from other French-speaking countries.

To debut the series, interviews with Pedro Meyer will be presented, founder of the innovative French school of programming The cart, and Katia Chalita, journalist and president of the French Alliance Rio de Janeiro. In addition to the unpublished interviews, interviews with the chef will also be resumed Frédéric Monnier, the musicians Raquel Rihan Cypel and Bidu Campeche, and with the visual artist Benoît Fournier, held in March.

“In French, please” – every second Tuesday of the month

In French, please is the Affluence podcast series aimed at those who are discovering French or are already passionate about what is one of the most spoken languages ​​in the world. A playful way to review, reinforce what is seen during classes and especially to learn new things in the company of experts, teachers and guests. Tips, curiosities, challenges and information in a versatile format for those who want a few minutes of digital content in Portuguese and French while washing dishes, do physical activity or during a meal.
The podcast will feature different pedagogical content, addressing pronunciation issues, vocabulary and grammar :

Interlining is the series of podcasts dedicated to reading books, in French or Portuguese. The series will disclose exclusive audiobooks recorded by teams of the French Alliances network in Brazil, are great classics of French and French-speaking literature, or contemporary productions by Brazilian authors translated into French and French-speaking authors. For this release, the podcast will feature the unpublished readings of “L’insurgé” by Jules Vallès and “Contes et légendes” by Louise Michel, in addition to resuming the readings of “Brumes de fjords” by Renée Vivien, “The little prince” by Antoine de Saint-Exupéry and a poetic and musical experiência “Chaise longue, music and poetry ”, group Lawn, presented in March during Francophone Week.

With 135 years of activities in Brazil 2020, the French Alliance is a reference in the language and, no doubt, the best-known institution in the world, when it comes to the spread of the French language and Francophone cultures. Has, currently, more than 830 units 132 countries, where they study about 500.000 students. In France, it has schools and cultural centers for foreign students. Brazil has the world's largest network of French Alliances with 37 associations and 68 units.

Is the only institution in Brazil authorized by the Embassy of France to apply the tests that give access to the DELF and DALF diplomas international, recognized by the French Ministry of National Education. The Alliance Française is also official examination centre for international testing validity of two years TCF (The French Knowledge Test) TEF and Canadian (French Assessment Test) and the national test valid for one year Capes (recognized by agencies CAPES and CNPq MEC).

Previous: Architectural trends for 2021
Next: In “Nonsense”, individual at the Pinacoteca Benedicto Calixto, in Santos, Gilberto Salvador presents works from his most recent production