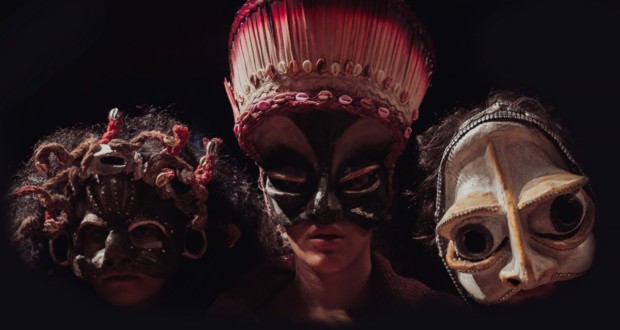 With the mission of giving a voice to aphrodiasporic cultures - which have been depreciated throughout history -, to CLA. Eviction debuts online video art "HOPE", inspired by the show of the same name. The work is a critique of Brazilian necropolitics and the violence suffered by black women in our country. The text ranked 4th in the Dramaturgy Publication in Small Scenic Formats, conducted by CCSP - Centro Cultural São Paulo in 2019.

The scenes were recorded without an audience and following all precautions to ensure the safety of the cast. The result will be transmitted between the days 15 and 18 April, 13 to 16 de Mayo, 19 to 22 June and 17 to 19 July, always at 20h, by Cia channel. Mungunzá de Teatro no YouTube.

mounting, that has dramaturgy of Ingrid Rosemary and direction of Thaís Dias, is inspired by Yoruba mythology, especially in the figure of Nanã Buruku, orixá who gave up the mud of his domain for the creation of human bodies. She is also responsible for disincarnation, since it demands back the creative matter of life.

“The text arose from the persistent idea that Brazil (as named after colonization) was born and suckled by indigenous women, African and African descendants. “Our‘ world ’is shaped through the hands of these women and, and often, against your will. In colonization, everything that is fruitful will be devastated: the land and its treasures, the female body and its capacity to generate miscegenated peoples, that are already born under domination ”, reveals playwright Ingrid Alecrim.

The narrative is led by a poor black mother, the personification of Nanã Buruku. She lifted Brazil with her own arms, but it was passed over by the country and, now, immersed in a context of misery, violence, hunger and terror, watches his sons being killed and imprisoned and his daughters are raped.

The furious matriarch claims her creative rights, requires human matter to return to itself and look for some way to end the unbalanced world. The character is inserted in a dystopia, na qual as guerrilhas urbanas e rurais expandem uma guerra contra a governança brasileira. And, in this context, it reflects on what needs to be changed if we are to live in a fairer and less violent country.

“It takes the reins of human existence, posing itself as a central figure in the history of Brazil, and does not accept to be muse, slave, maid or thief. It ceases to be the protagonist of a silent and lonely history and assumes itself as the protagonist of the nation. With this story, the eviction company, of which I am a co-founder, values ​​the narratives of Brazilian women by giving voice to unpleasant truths, to depreciated aphrodiasporic cultures and the configuration of an apocalyptic reality converging with current events ”, comments to author.

In addition to denouncing all kinds of atrocities committed against the black population since colonization, the piece has the proposal of valuing ancestry.

“Ancestral knowledge and customs are constantly revived that come to us through aphrodisiacs and indigenous oral cultures. Healing rites and mythical presences permeate the narrative and its events. Yoruba mythology arrived in Brazil through enslaved people and survives through a lot of resistance, also inevitably mixed with the culture of the colonizer ”, Adds.

According to Thaís, the staging was born from a uterine aesthetic, “Managed collectively by a team desiring this birth / debut / scenic sharing. Plasticly composed of suspended elements, the scenography and scenic objects of Lui Cobra bring in their forms and functionality the possibilities of play between the actuators and the location of the assembly. They are layers of fabrics, veil walls to be sewn, floating smoking, a farrowing bathtub: our throne of settlement for hope not to come in this Brazil-Earth-Ground ", the firm.

The costume created by Duda Viana works as a second skin, obeying the earthy tones of the scenery and making an allegory of the figures to be interpreted. “An element that connects spatiality and clothing is the masks made by Cleydson Catarina, that represent our voices, the voices of black women in Brazil and that of our ancestors ”, complete. 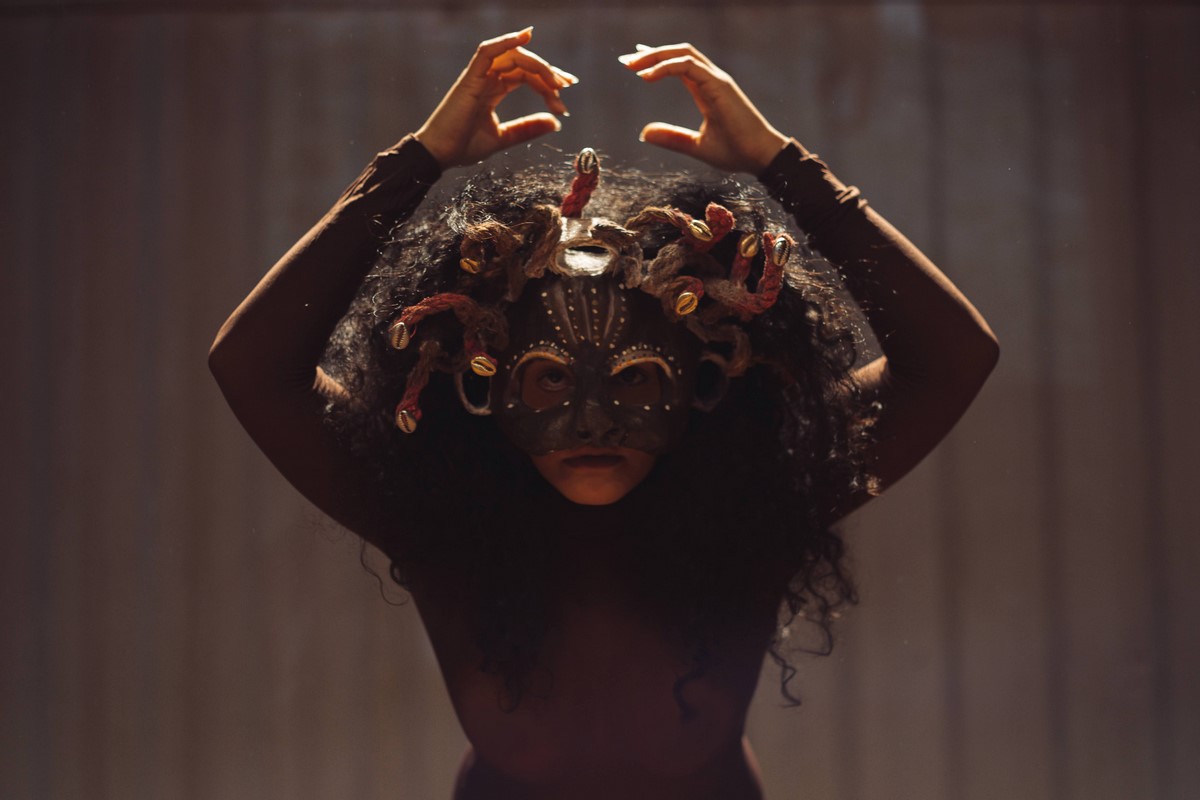 Graduated as an actress at SP Escola de Teatro, began his artistic trajectory through the Vocational Theater in the 2006 to 2011. Currently, pursuing a degree in Performing Arts at ECA / USP.

Is currently in research to elaborate the costumes of the artistic processes of the groups: Zona Agbaras, Okan Collective and the Theater Collective. And in a creative process temporarily titled: “Layers of the Skin / or / Give Birth to Itself” where you investigate your blackness, skin, feminisms and matriarchy.

The narrative is guided by a black mother inspired by the personification of Nanã Buruku. In the story she appears as the woman who gave birth and raised Brazil with her arms. Country that pretends it, kills his children and relegates ingratitude and leftovers.

Glimpsing this world where your children live in a cruel reality of hunger, violence and pain, she wants the matter of creation back to herself, looking for a way to end an unbalanced world. Nana claims her rights to a mouth that speaks and hands that heal and kill. It assumes itself as the open land, pulsating and getting ready to go back to the beginning.

This project was contemplated by the Program for the Valorization of Cultural Initiatives of the Municipality of São Paulo - VAI.

Previous: Event will celebrate two new spaces for the Conservation and Memory of Cinema in Rio de Janeiro
Next: Author surprises readers with social networks of the protagonist of her book